You've heard the warnings, but every year people are still bringing their dogs up Pinnacle Mountain when it's too hot. The heat already led to a dog rescue and park rangers know it won't be the last. 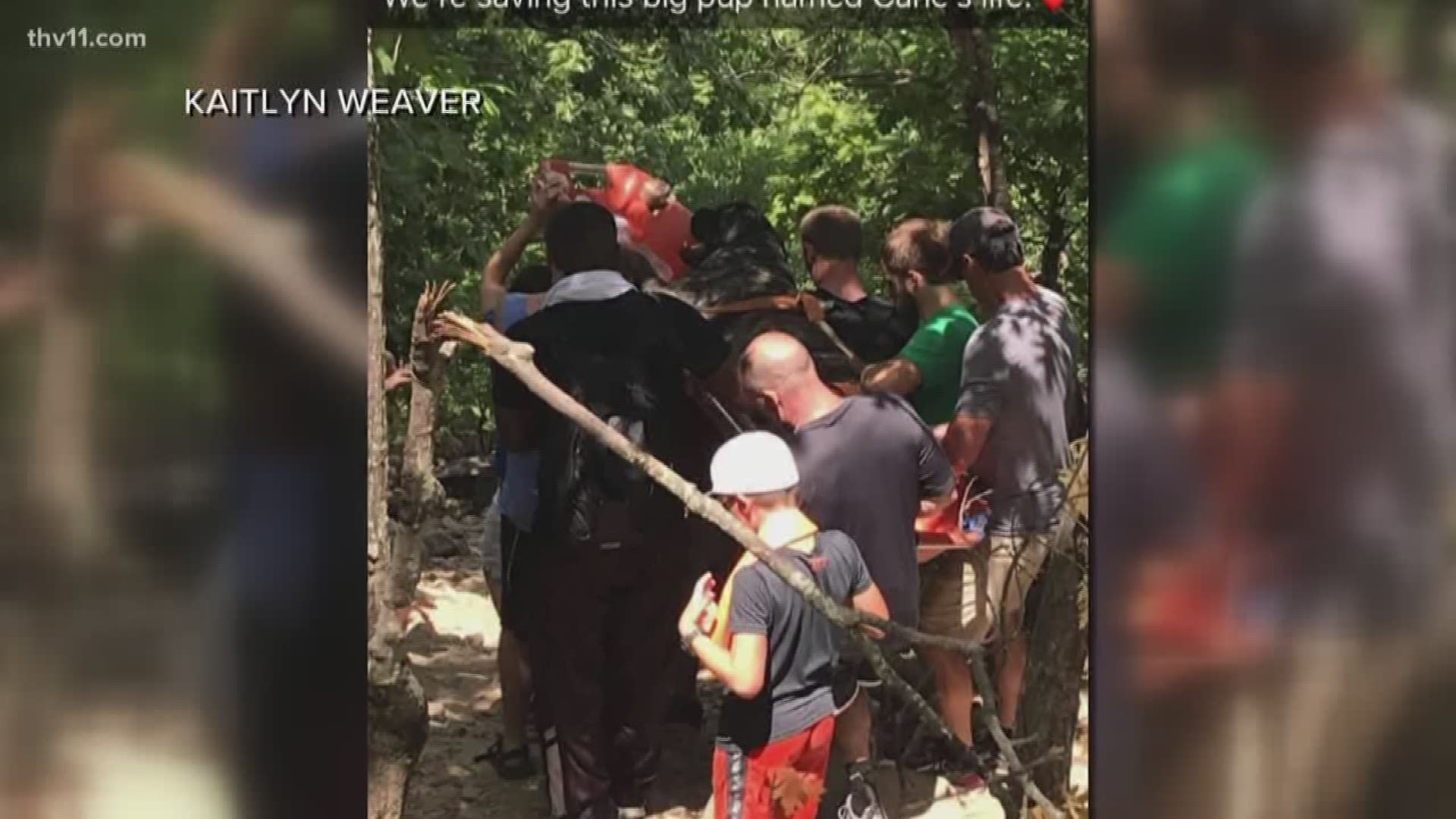 You've heard the warnings, but every year people are still bringing their dogs up Pinnacle Mountain when it’s too hot. The heat already led to a dog rescue and park rangers know it won’t be the last.

This weekend, he helped with the first heat related rescue on the mountain this year of a 160-pound dog.

"It took 15 to 25 people and we were able to bring him down," said Davenport.

He got the call after the dog was on the ground with labored breathing.

"He had a heat stroke and suffered kidney failure," said Davenport.

Thankfully he survived, but in 2016 at least four dogs died from heat exhaustion from hiking Pinnacle.

"If it’s over 80 85 degrees, I’m not sure I’d take my dog for a walk," said Veterinarian at Briarwood Animal Hospital, Dr. Bob Hale.

“They start overheating and before you know it you have a dog lying on the ground unresponsive and needs emergency care now and you’re on the top of Pinnacle," said Hale.

He explained when their body temperature gets above 104 degrees, their body starts failing leading to blood clots and kidney failure.

If you notice your dog has trouble breathing or they don’t want to walk anymore, they may be overheated. Dr. Hale recommends getting them to a shady area, covering them in water with a fan on them, then getting them to a vet.

"A lot of times when a visitor and their dog have over done it they go home and the dog doesn’t recover," said Davenport.

Davenport said the biggest problem he sees is owners without a bowl for their dog. He recommends bringing a water for you and your dog plus a bowl.