The need for school supplies is very prevalent, not only in Arkansas, but across the United States. 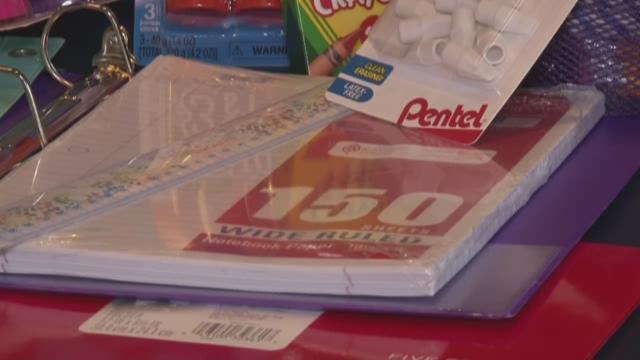 LITTLE ROCK, Ark. (KTHV) - Every year, THV11 teams up with the United Way to help kids in our community get the school supplies they need to start the school year off right. The need is very prevalent, not only in Arkansas, but across the United States.

Just a few days ago, an Oklahoma teacher made national news after she stood at a busy intersection with a sign that said "Teacher needs school supplies, anything helps!" Frustrated at having to dig into her own pocket to pay for classroom supplies, she decided to go panhandling to get her point across. It’s a common struggle for teachers and administrators nearly everywhere.

Crystal Hill Elementary Principal Stacy Bottoms said that every year the lack of school supplies is an issue. Sometimes it leads to students not showing up for school.

“I think some parents don't feel comfortable sending their students to school without their supplies, so we have had students that were waiting to come to school after Labor Day so they could save enough money to buy supplies,” said Bottoms. “We certainly don't want anyone not coming to school because they don't have those supplies.” 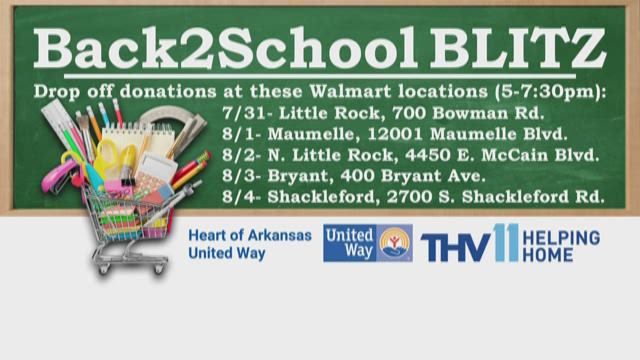 Some of the people most sensitive to this need are teachers. They begin the school year and realize some students don’t have the school supplies they need. Sometimes they use money out of their own pocket to help provide them. For example, Leslie Staudt has been a teacher for 17 years and she said a lack of supplies has always been an issue.

“I’ve bought lots of supplies that I felt like the kids didn't have and had to supply them myself,” said Staudt.

She said the prices for supplies keep increasing which is making it more expensive for parents to get their kids everything they need. She's had to get creative in her classroom.

“We just have community supplies where they just share everything they have,” said Staudt. “That way it’s not like one kid has the special things and the other kids have nothing.”

Staudt said she wants all kids to have the same feeling of getting their very own set of supplies, but it takes the community’s effort of giving back to make it happen.

“These kids think it’s Christmas when they get new supplies,” she said. “They've got something that is very special to them and they are very excited about it; whether they bought it or someone else provided it for them.”

You can give back by joining THV11 and United Way in our annual Back To School Blitz. The THV11 crew will be at Walmart locations across Central Arkansas encouraging people to donate these much needed supplies.

Find a full list of Blitz dates and locations below: