9-year-old boy dies after being pulled from Florida creek

The sheriff said the boy's mother and another relative went out swimming, and the boy went into too deep of water. 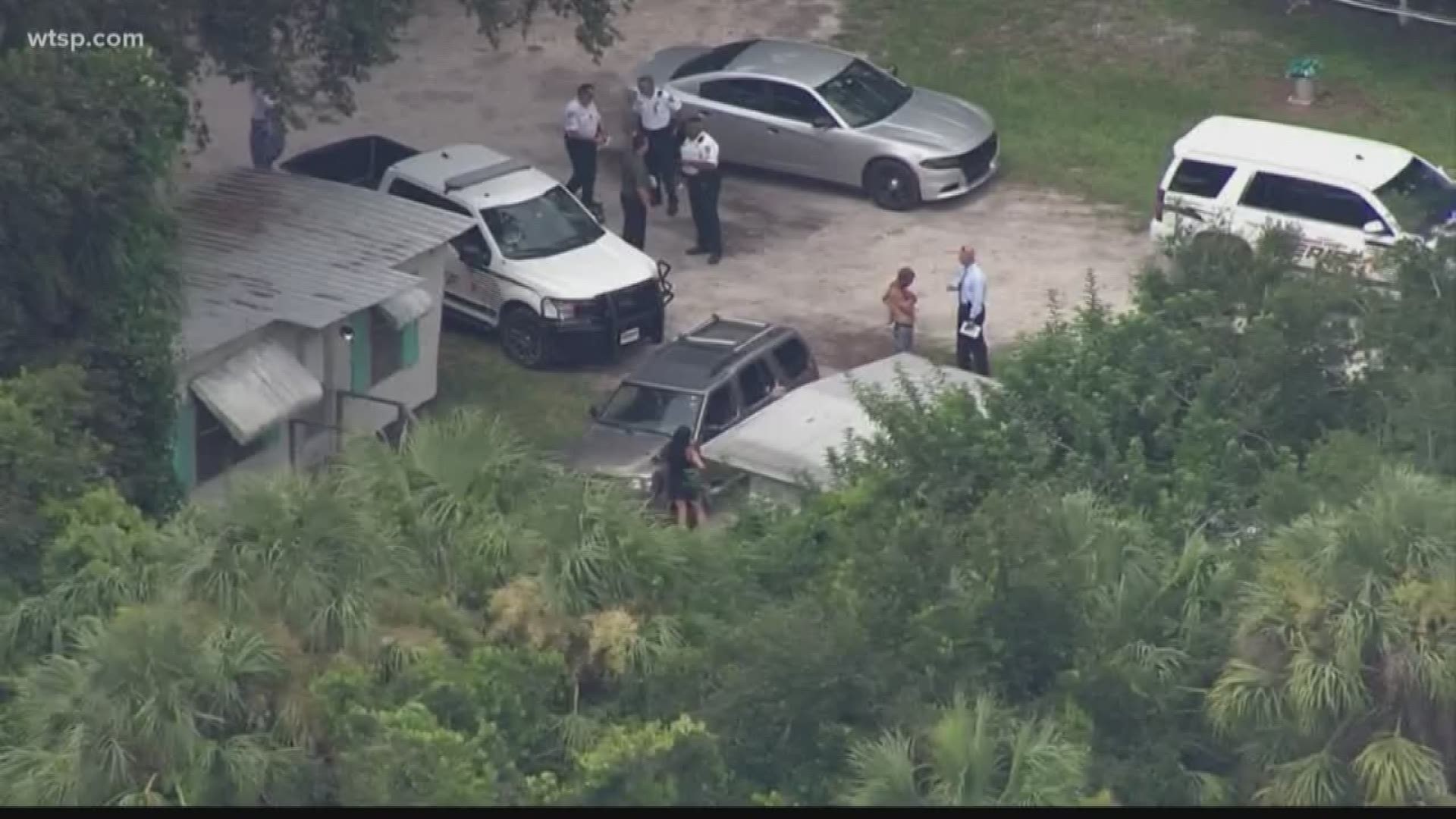 GIBSONTON, Fla. — A 9-year-old boy who waded too deep into a creek and needed rescue died at an area hospital.

Crews searched an area near Bullfrog Creek between Highway 41 on the west and Interstate 75 on the east, according to the Hillsborough County Sheriff's Office.

The boy's mother and her brother went into the creek Wednesday afternoon to cool off, Sheriff Chad Chronister said. They swam to the other side of the creek and, upon noticing the boy on the bank, told him to stay on land.

Despite calls for him to stay where he was, he continued wading in and fell into an area that was about 10-12 feet deep, Chronister said.

A sheriff's office deputy was in the area and jumped into the water with a life jacket no more than three minutes after a neighbor called 911 for help, Chronister said.

Even neighbors, like Adrian Buhler, jumped into the water trying to help until divers arrived.

"I know its going to affect everyone around here because he was a nice kid," Buhler said. "Everybody liked him. He wasn't a problem maker, regular little kid. So he'll be missed, for sure."

The boy was found in the water about a half-hour later about 10 yards from where the family went into the creek. He was taken to the hospital, where he later died.

Family said he was not a strong swimmer.