The history of Juneteenth: Why we celebrate freedom in Arkansas

“Even prior to Juneteenth becoming a big deal around the country, African Americans in Arkansas were celebrating freedom as far back as the 1880s.” 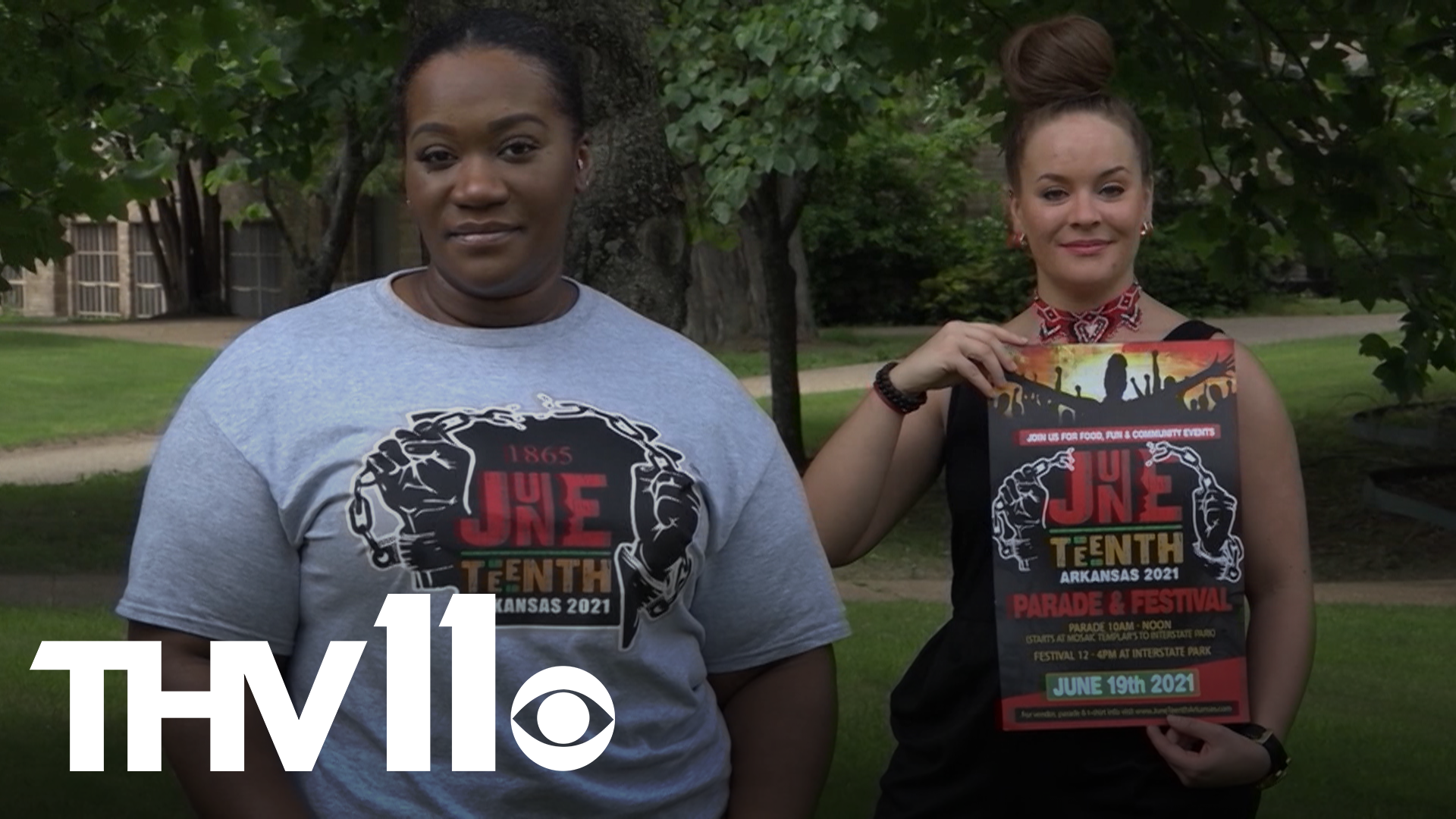 LITTLE ROCK, Ark — The Emancipation Proclamation was issued in September of 1862 and went into effect in 1863, but it wasn't until two years later when Union Major General Gordon Granger rode down to Galveston, Texas and read it to the last group of enslaved Africans.

Some 250,000 people realized in that moment that they were free.

With just being a neighboring state to the south, their story impacts Arkansans even today.

Edmond Davis is a history professor at Arkansas Baptist College.

He said Juneteenth is important not just for Arkansas or people in the south, but for all Americans.

"It was powerful because a lot of times people even in our own area don't necessarily even know about the history. A lot of times we celebrate Jubilee and we have that spirit of celebration during this time," Davis said.

We’re taking a historical dive into the history of Juneteenth as it pertains to Arkansans on @THV11 tonight.

Did you know the natural state use to celebrate Jubilee before Juneteenth to celebrate their ancestors being freed from slavery? pic.twitter.com/9xA1Jrv1rM

Brian Rodgers with the Mosaic Templars Culture Center explained that Jubilee is what Arkansans use to celebrate for their ancestors' freedom as far back as the 1880s.

They celebrated what they called Emancipation Day.

Over time, Emancipation Day coupled with Juneteenth was known as Jubilee, but became one celebration for Juneteenth.

"There is a lot more to the story. There's questions about why it was almost two years later that the enslaved in Texas found out. Some people think it's because the slave owners wanted another harvest. Some people say that a messenger was killed," Rodgers said.

He believes it's because Texas was on the far frontier of the country at the time.

Related: Juneteenth: A day of hope for a better future for Black Arkansans

There'll be different Juneteenth celebrations all across the state.

Ebony D Kimbrough is the founder of Juneteenth Arkansas and she said her team is planning the largest Juneteenth event right in Little Rock.

"Our children do not know what Juneteenth is. There's nothing that's involving the youth and the emancipation of slavery," said Kimbrough. "That is why it is important that we continue to celebrate Juneteenth, not only this year but moving forward, always. This is truly out independence."

The event will be kicking off Saturday, June 19th with a parade at Mosaic Templars Cultural Center on Broadway.

From there it ends at Interstate Park.

The event will feature over 159 vendors, 17 food trucks, kickball games, a three legged race, basketball and a petting zoo.

The group has over $50,000 worth of donations for household items they're giving away for free.