“My heart was just torn to pieces. I just felt my heart rip right in front of me. She did nothing wrong," Martha Lane said. 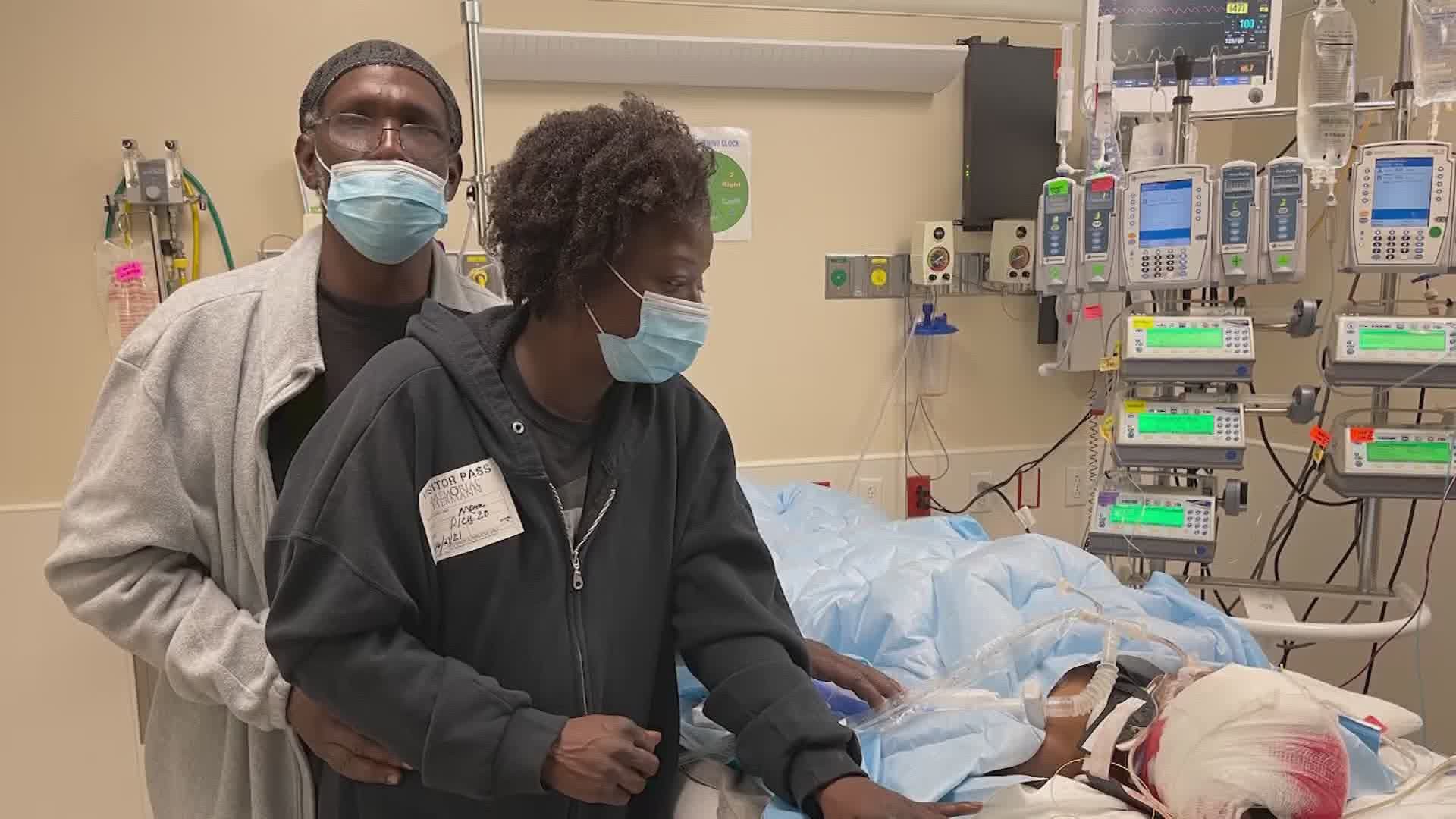 HOUSTON — It's a heartbreaking story for a family who’s been trying to get back on their feet for 15 years. They finally found a place to live, and just two weeks later, their daughter was shot outside that very home.

You don’t need their words to know their pain.

“My heart was just torn to pieces. I just felt my heart rip right in front of me. She did nothing wrong," Martha Lane said.

You can see it in their faces.

“I want them to catch that man so bad," Lane said.

You can feel it in their cries.

Both born deaf, Fredrick and Martha Lane are speaking to KHOU 11 through an interpreter about what happened Monday night.

“She was so worried. 'Where’s my daughter? What happened?' And she opened up the door and she pulled her out," Fredrick Lane said.

Martha Lane had her two daughters, Selena and Helena, in the backseat of their car. She jumped out to throw away trash when someone opened fired and drove off. A bullet hit Helena in the head.

It's a shooting Martha Lane didn’t even hear.

“And the bullet came through here, just like this, and hit her in that back seat," Fredrick Lane said.

The 3 year old has been in a coma since it happened, but Friday, her parents saw the first sign of hope.

But the family is no stranger to hard times. That car where Helena was shot had been their home for the past 15 years. They had just settled into an apartment, and now, this.

“We were about to get a job. My kids were about to be in school, and now I feel like start all the way over, going back to the streets now. We’re just so tired," Martha Lane said.

Mom and Dad were headed back to the hospital to be with Helena. It’s where they slept Friday night.

“And we’re not safe. And we need a new car. So please, God, please Lord. Help us," Fredrick Lane said.

But too afraid to go back to the apartment, the family is, once again, without a home.

“We feel scared. We just can’t get this off our minds. It’s plaguing us," Fredrick Lane said. “After 15 years, God finally gave us an apartment. We’re going to do it. We’re going to get back."

The Harris County Sheriff’s Office says homicide detectives have been working every day on this. They have not yet made an arrest.

If you would like to help the family, there's a GoFundMe set up.