The City has decided to purchase the Texas Bungalows Hotel & Suites but will still be discussing the Candlewood Suites. 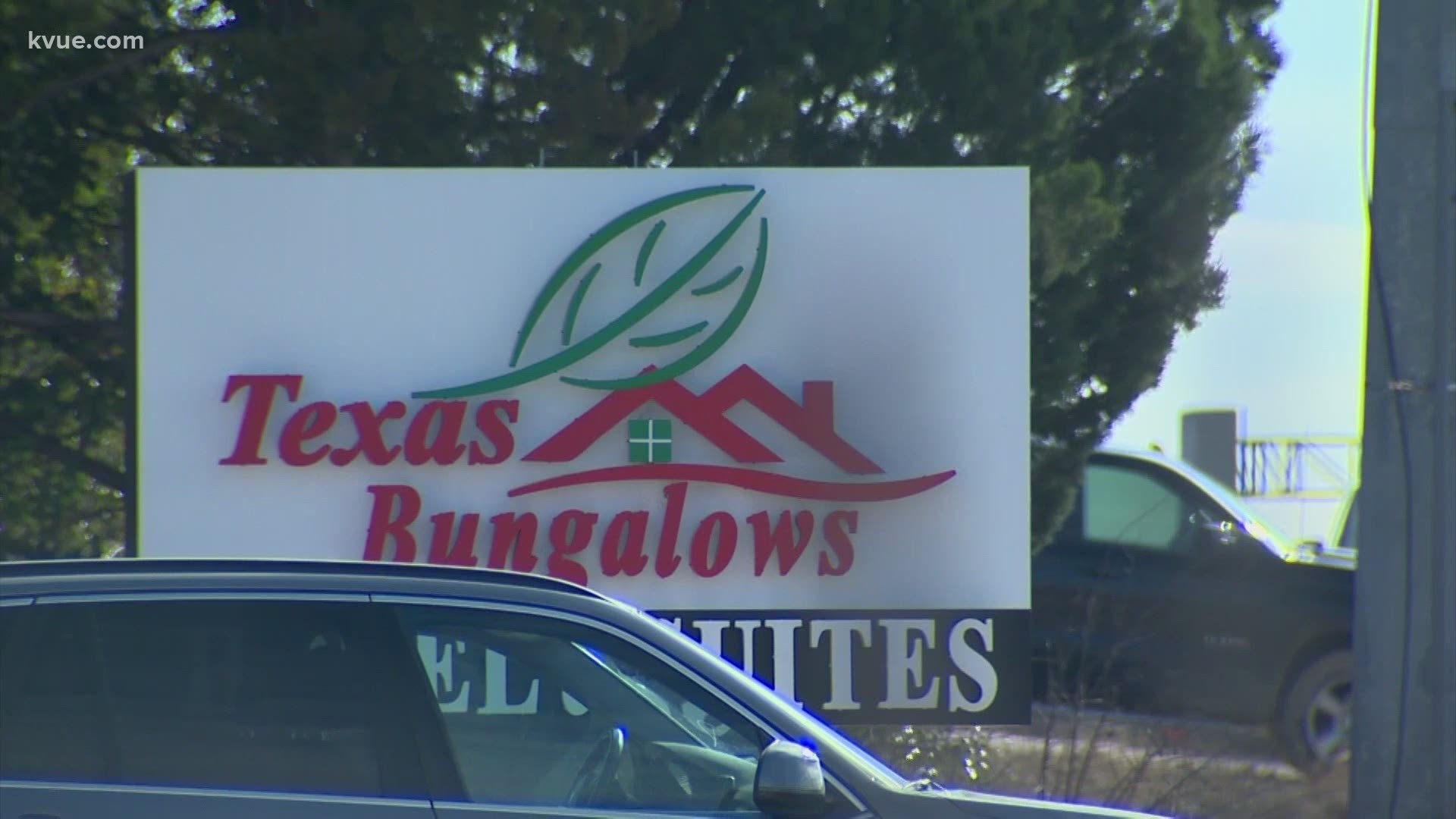 AUSTIN, Texas — Austin City Council has voted to buy one more hotel to house the homeless, but decided to postpone the vote on another one until next week.

The new hotels that were discussed at the Wednesday, Jan. 27, council meeting are Candlewood Suites in northwest Austin (postponed) and the Texas Bungalows Hotel & Suites in North Austin (approved), which would be purchased for $9.5 million and $6.7 million respectively.

Neighbors and businesses near the hotels have pushed back against the purchases, saying the decision was made without their input.

While the vote to purchase the northwest location was delayed, it is expected to pass next week.

“By purchasing these hotels, we pull people off the streets and into housing and stability. It’s even more important that we approve the second of these hotels next week,” said Austin City Council Member Greg Casar. “These hotels will not only be homes for people, but will also provide services like job aid, health care, mental health resources, and more. This solution is only possible because of the transformation of Austin’s police budget. Although I’m disappointed that one of the two hotels was postponed today, I’m confident we can get the second one across the finish line next week. The community is calling on us to show real urgency in addressing homelessness.”

The money for the purchases comes from Housing and Planning Department 2018 General Obligation Bonds. The funding for the operations and services would come from the additional $6.5 million added to the FY21 budget.

.@MayorAdler says it's important to move forward with the strategy and says he hopes people aren't mislead by the vote of postponement. He points to the sentiment of the speakers, most of which supported the hotel purchases.

This means the City could potentially have a total of seven hotels that are aimed at housing people experiencing homelessness.

Before the Wednesday vote, the City owned two hotels, along with three other hotels the City is leasing, which are acting as ProLodges. ProLodges help house those who are homeless, at high risk for COVID-19 complications.

A City spokesperson told KVUE on Jan. 25 that there are around 200 people sheltering across the original five ProLodge locations, which all have a total occupancy of about 300 rooms. Since those hotels became ProLodge locations, the City said that nearly 150 people have moved out into safe housing.

A City spokesperson told KVUE that the two hotels up for discussion on Wednesday would not be used as ProLodges. Instead, the properties are part of the City’s motel conversion strategy. They would be converted into permanent supportive housing properties

Additionally, the northwest Austin location did get approved for temporary use as an isolation facility "to provide emergency housing, isolation and support services related to COVID-19 for any individual who needs a place to isolate due to COVID-19 (not just those experiencing homelessness)," according to a City spokesperson. The spokesperson said this addition means there are now two facilities leased for this purpose.

Coming up at a Feb. 4 city council meeting, members are expected to propose a new resolution aimed at helping the homeless situation. The resolution includes banning camping in four different areas within the City of Austin.

Amid the start of the legislative session, Texas Gov. Greg Abbott has again threatened Austin leaders with taking legislative action to solve the homeless issue in the city. A day after local group Save Austin Now reportedly secured enough signatures to potentially put an item on the May ballot to reinstate the homeless camping ban, Gov. Abbott said if Austin doesn't elect to do so, Texas will.