Long time Oaklawn track announcer, Terry Wallace, has died at the age of 74 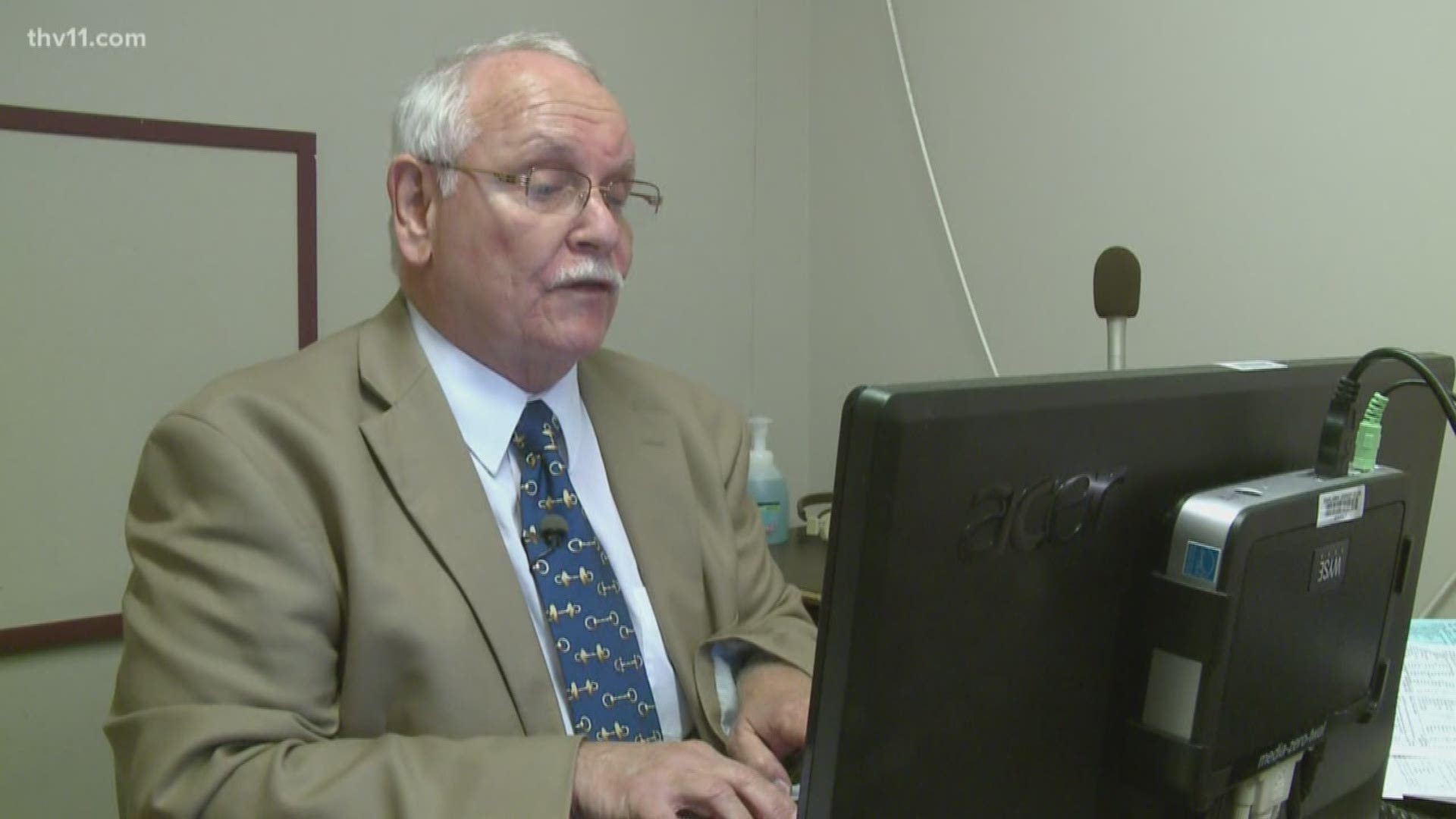 Wallace, known as “The Voice of Oaklawn” for decades, began calling races at the Hot Springs track in 1975 and called a record 20,191 consecutive races before ending his streak Jan. 28, 2011. He stepped down as announcer following the 2011 season, but remained a popular ambassador for the track until his retirement in 2017.

“Terry was one of the legends of Oaklawn,” Senior Vice President Eric Jackson said. “For generations of Arkansas racing fans, he was the voice of Oaklawn and for a time he was the most recognized voice in the state. It’s a very sad day for the Oaklawn family as we have lost an important part of our history.

Oaklawn President Lou Cella said he grew up listening to Terry Wallace’s calls of the Oaklawn races. “He had so many classic calls,” Cella said. “And he had a way of making even a mundane race seem incredibly exciting.”

Lou Cella observed that it was exactly one year ago that Oaklawn lost his father and longtime Oaklawn president, Charles Cella.

Originally from Cincinnati, Wallace, 74, held a language degree from Xavier University and even spent a year at the Sorbonne in Paris before putting those language skills to work in racing as an announcer initially at River Downs in his hometown as well as Great Barrington, Louisiana Downs, Ak-Sar-Ben and Horsemen’s Park. His work at the latter two tracks brought him induction in the Nebraska Racing Hall of Fame. He was inducted into the Arkansas Sports Hall of Fame in 2012.

Oaklawn Park had submitted an application with the “Guinness Book of World Records” because it believed that Wallace’s consecutive 20,191 calls was a world record. Wallace hit the 20,000th race call milestone with his call of the third race March 25, 2010. He subsequently received letters of congratulations from former President Bill Clinton and then Arkansas Governor Mike Beebe. Plus, the Mayor of Hot Springs declared “Terry Wallace Day” in the community.

Wallace received the Mr. Fritz Award from the National Turf Writers and Broadcasters Association in 2011 for typifying the spirit of racing.

“Terry just had a larger than life personality,” Director of Marketing Kim Baron said. “Even before I started working at Oaklawn, he was a superstar around town. He was just so popular. He’s going be greatly missed.”

“Terry wasn’t just the voice of Oaklawn for generations of Arkansas racing fans - he was also the heart and soul,” said Director of Oaklawn Anywhere David Longinotti, who first worked with Terry as a reporter with the Sentinel Record in the early 80s. “His passion for the sport was truly contagious. He also put that passion into being a civic-minded member of the Hot Springs community.

Wallace was also active in the fight against cancer. He served on the boards of several local charities, including the Garland County chapter of the American Cancer Society Leadership Council and his efforts have helped raised nearly $3 million to fight the disease.

He was also worked diligently with the United Way and that organization recognized him last December with a special tribute for his years of service to the community. In the coming years, the United Way will bestow the Terry Wallace Volunteer Award to the person who goes above and beyond much the same way that Terry had.

Wallace is survived by his wife, Alice, two sons, one daughter and four grandchildren.