“She was not breathing at all. She was like passed out. I was very scared, and it was just super sad," said 10-year-old Ricki August Jr.. 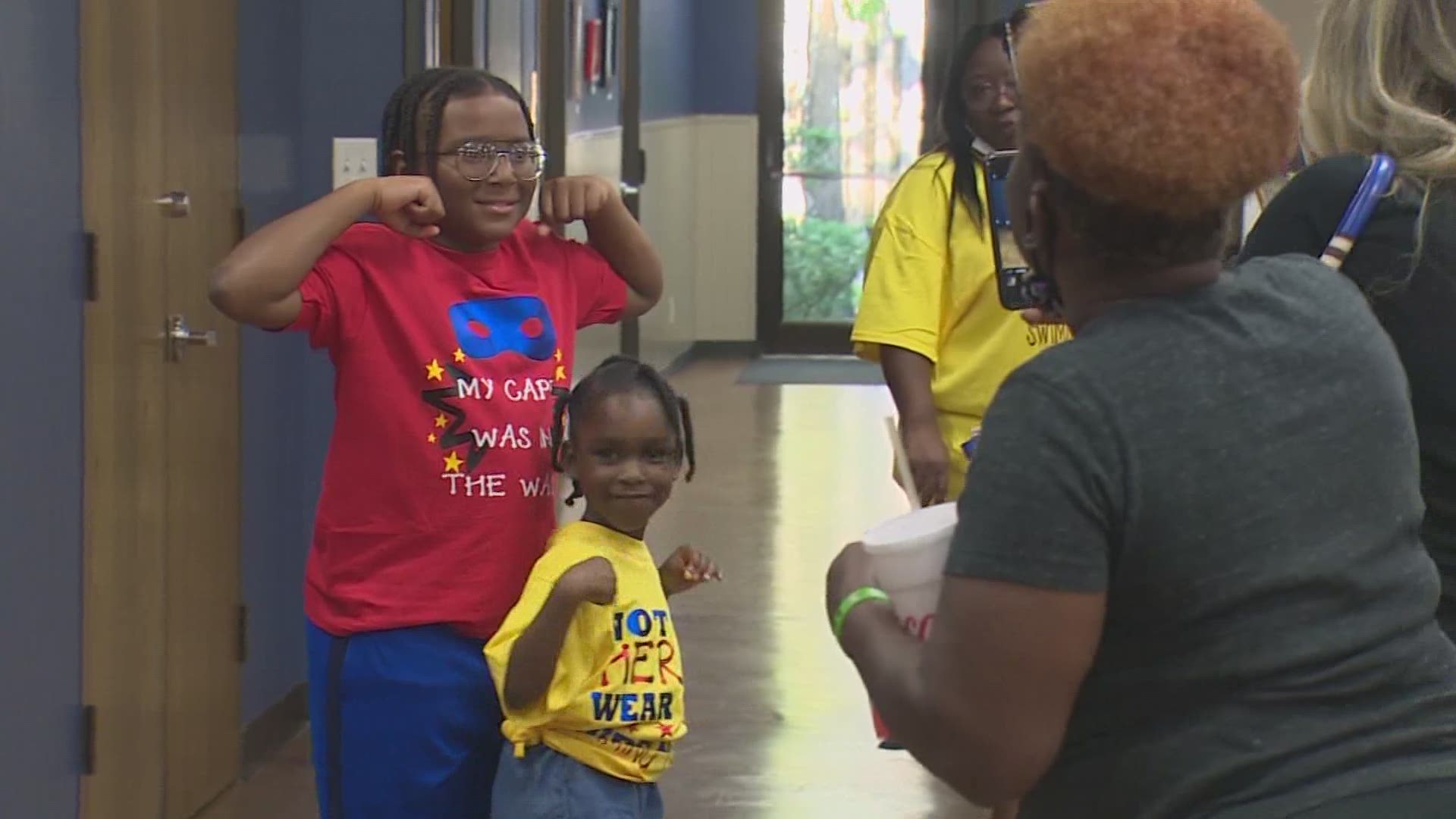 HOUSTON — A little boy in Houston is being hailed a hero after he rescued a 5-year-old, lifeless girl from the bottom of an apartment complex pool.

On Sunday, Rickie August Jr., 10, was swimming the Retreat at Cypress Station Apartments’ pool when he saw Egypt Bradly at the bottom.

“I just acted,” said August, who prefers to be called Junior. “I didn’t think about nothing.”

A must watch! Tonight I get to share a story that I don’t get to tell often. A little girl’s alive because another little boy (a stranger) saw her at the bottom of a pool and saved her. Their story and reunion tonight on #KHOU11 at 10. #drowning #watersafety #Houston #Hero pic.twitter.com/EwTuqicKdG

Junior took a deep breath, swam to the bottom and got the little girl. He then put Egypt over his shoulder and brought her to the side of the pool, yelling for help. Her family and other bystanders immediately began CPR.

“She was not breathing at all. She was like passed out. I was very scared, and it was just super sad," Junior said. “All I was thinking was like, I hope she’s all right.”

A short time later police spoke to his family to tell them Junior saved the little girl and that she would be OK.

On Wednesday, Egypt and her parents went to a party that Junior’s family threw in his honor. They wanted to meet their little hero.

“I love you,” Egypt’s mom, Diamond Paulhill, said to Junior when she met him. “I was so scared. My baby was not breathing. She wasn’t doing nothing. Not moving.”

“I watch stories like this all day every day, and it could’ve been my story. But you know, my story came out a blessed story because of him. I’m so blessed," she said.

“And also inspired,” said Tonya Taylor, Junior’s aunt. “It doesn’t matter your size or your age… you can make a difference. You can save a life. You can change the world. The whole family is extremely proud of him.”

“I felt like I was a real hero,” Junior said.