How we got here: Five years of anger leads to one-day LRSD teachers strike

The fight began in 2015 when the state took control of LRSD, angering many teachers and parents. 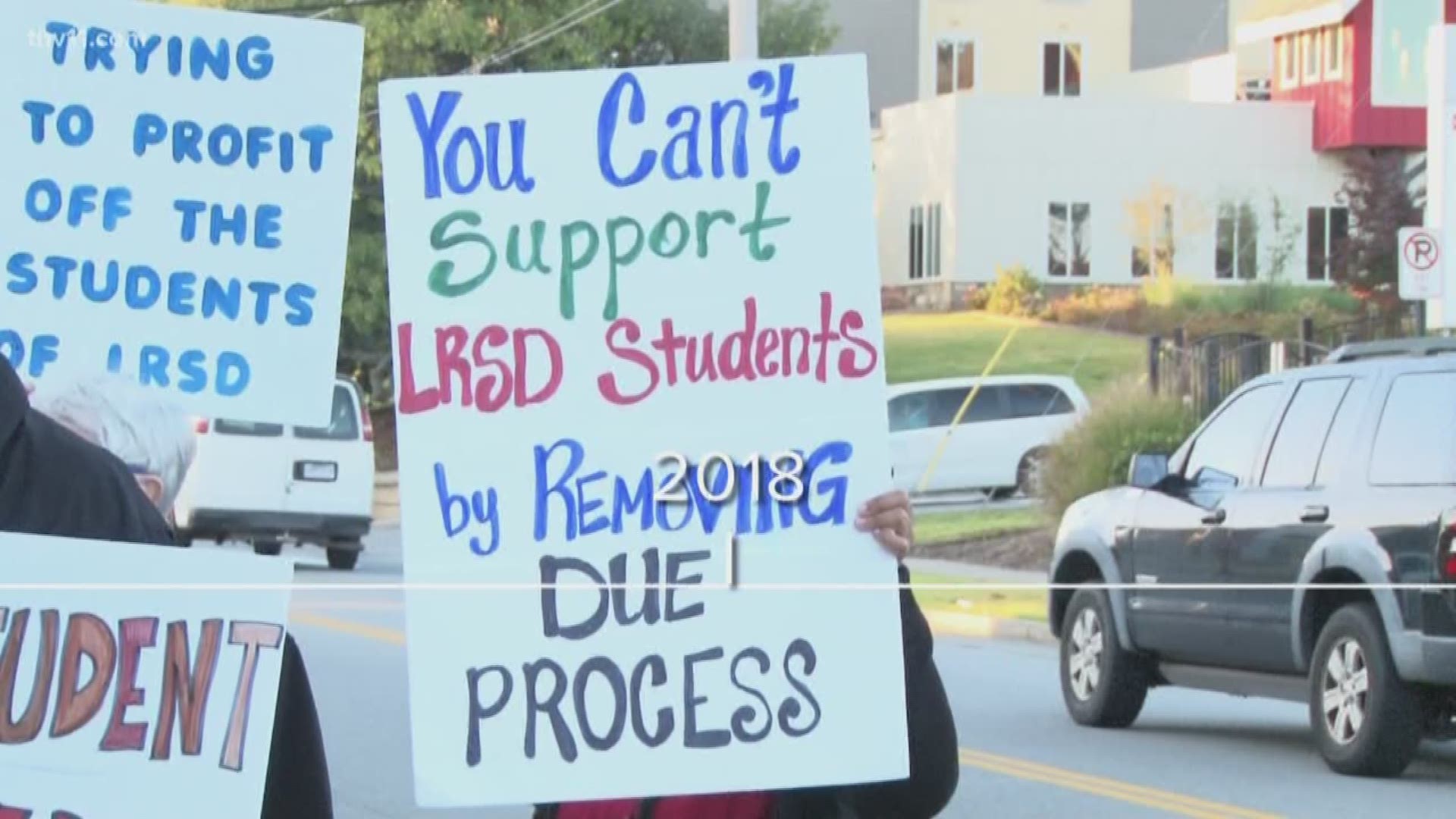 LITTLE ROCK, Ark. — Thursday will see the first teachers’ strike in Little Rock in more than 30 years. It will be the culmination of five years of fighting between the teachers’ union and the state.

The Little Rock Education Association chose to strike Thursday so that its members could be at the Arkansas State Board of Education's meeting. The board will decide the future of the Little Rock School District.

2015: Parents and teachers were outraged when the state took control of the Little Rock School District in January. The board voted by a 5-4 margin to disband the district's elected board and give policy-setting authority to Arkansas Education Commissioner Johnny Key because six schools were deemed to be in academic distress.

2017: Key approved a plan led by LRSD Superintendent Michael Poore to close three schools as the school district looked for ways to save money. A series of meetings were held around the city before and after the decision, drawing the ire of many parents who felt their children were being neglected and the state was mismanaging the district.

2018: The first talk of a strike came in October as a result of a tense negotiation between Key, Poore, and the LREA. Key rejected a professionally-negotiated agreement approved by Poore and union leadership. Key argued that teachers needed to waive their rights under the Teacher Fair Dismissal Act so that bad teachers could be more easily fired. After a switch in measurements caused by the change from the No Child Left Behind Act to the, Every Student Succeeds Act, 22 of the 48 schools in the district got grades of either D or F because of students' test scores.

"This troubles me greatly, and I would think that it would trouble the entire community,” Key said at the time.

A group of parents argued that, if test scores and student performance were not improving, the state should not keep control of LRSD. A handful of community organizations joined the #OneLRSD coalition to advocate for the teachers union and the return of a locally-elected school board.

2019: The law that gave the State Board of Education power to disband the district's board stipulated that it merge the district into another or reconstitute its board within five years. In October, the SBOE established a framework for a locally-elected board to resume after the November 2020 election, but it would not be responsible for the schools that remain in academic distress.

"Until they meet exit criteria, they will be involved with state control," Diane Zook, chair of the SBOE, stated.

During the same meeting, the state also took away the bargaining power of the union.

"The educators deserve a voice," Teresa Knapp Gordon, president of the LREA, said in response, "about the decisions being made for their students in their classroom."

Thursday afternoon, the SBOE will vote on a proposal in which the state LRSD, and City of Little Rock would jointly run the district's schools. It will also decide the number of members to serve on the LRSD board and their respective zones. With a one-day strike in effect, lots of teachers and parents will fill the auditorium again to apply pressure.

The state board’s discussion about LRSD will start no earlier than 1:00 p.m.

Teachers will picket in front of schools around the city in the morning, then meet outside the Arkansas Department of Education at 11:00 a.m. Participants will march to the State Capitol steps at noon and hold a rally there at 12:30 p.m.