After running out of food for people last weekend, First Ward Living Grace Pantry served hundreds in their second event on Sunday. 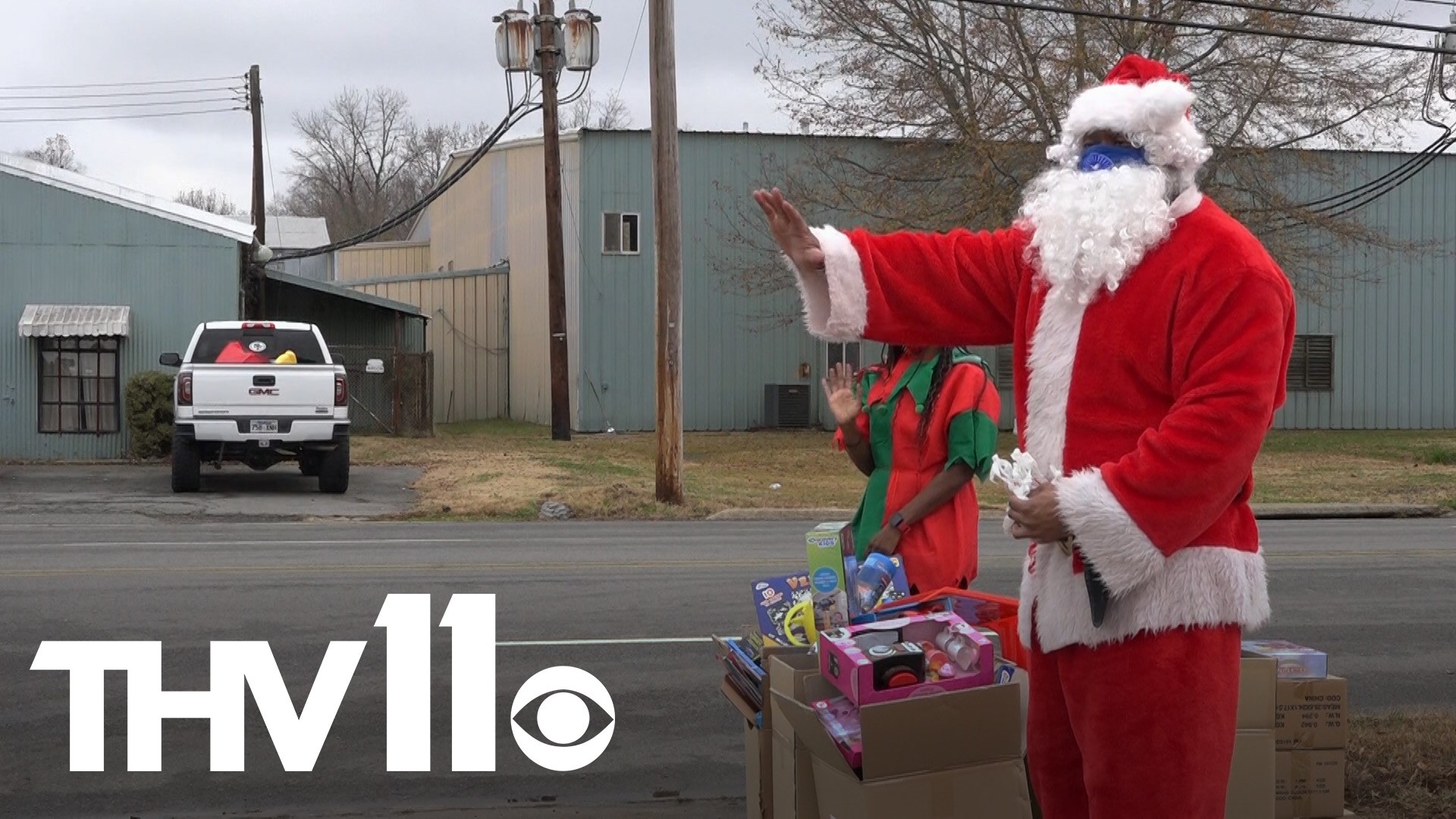 This was part two of their event after running out of food last weekend for people and families.

Hundreds were in attendance then, and the need outweighed the supply.

"Because of the virus. People are getting laid off on their jobs. They got the kids at home homeschooling. They're not working, and I just asked God to give me a way and He had done that," said Debra Allen, the founder of the pantry.

Hundreds more were in attendance today with cars stretching back on South Ohio Street. They were waiting for hours just to keep their places in line when the event started.

People have been waiting since 8 AM. It starts at 1:00 PM. pic.twitter.com/cxeISjh5v6

Allen says support for today's pantry event came from the Arkansas Food Bank, Pine Bluff businesses Sissy's Log Cabin, and Express. Together they could give to over 500 people.

"Last Sunday we gave to about 600," said Allen, "There's such a need, but I'm just happy to be able to provide this for everyone."

John Lawson is the owner of Express Employment Professionals of South East Arkansas that served as a major sponsor for the part two event. They donated money to the pantry so they could order food from the bank.

He was born and raised in Pine Bluff and says the sense of community and the motivation for groups and organizations is the reason so many people are giving back to the less fortunate.

Lawson says last week's event ended with still hundreds of cars in line. Those were families looking forward to their next meal or Christmas holiday meal and also toys for their children that they couldn't get.

"We stretched it out one more weekend to try and include those who didn't get through the line last week so that they could have the food and the toys they waited for last week," said Lawson.

He says they had the same amount of food as last week, but more toys this time around. There's a lot of people that were donating their time and energy in a collaborative effort for a good cause.

He brought his two daughters, Hallie, 9, and Ella, 6, to help give and volunteer.

"I think it's one of the most important lessons that we could teach our kids. You have to be thankful for what you have and also take care of the people that don't have as much as you do."

The girls passed out toys for parents driving by with their children.

In one of the cars was 5-year-old Myricle and 1-year-old LaKendrick.

Their moms were waiting in line for more than a few hours before the event began. While the music played and Santa passed out candy, they were dancing and having fun.

"I want a toy and a new dollhouse," said Myricle, "Happy nice Christmas and have a nice day."

Other people waiting in line before the event kicked off say they appreciate all that the Pine Bluff groups and organizations are doing to cater to them.

“If it wasn’t for them, a lot of people wouldn’t have Christmas and they wouldn’t have the food on their table. I’m glad they are doing it," said one woman.

It's a great thing that she’s doing this for the community and I’m proud of her and I want her to keep up the good work," said another woman about Allen.