'I thought it was a joke': Caldwell mayor responds to PETA's request to rename Chicken Dinner Road

The mayor lashed out at the animal rights organization in a response on Facebook.

CALDWELL, Idaho — Caldwell Mayor Garrett Nancolas said on Facebook he thought a request from PETA to the change the name of Chicken Dinner Road “was a joke.”

Earlier this week, KTVB reported the animal rights organization sent a letter to the mayor urging him to rename the road to “Chicken Road.”

"PETA is asking Mayor Nancolas to change this road's name to one that celebrates chickens as individuals, not as beings to kill, chop up, and label as 'dinner,'" wrote Reiman.

Chicken Dinner Road has a long and colorful history in Canyon County. It goes back to the 1930s when Idaho Gov. C. Ben Ross was lobbied to have the road fixed by a farmer’s wife with one of her fried chicken dinners.

KTVB went out to Canyon County to talk with some of the local about the proposal and the overwhelming reaction was to leave the name unchanged.

"It's a cool road and cool name. Everyone knows the name," Bo Pickett said. "Cool history and it'd be a shame if someone wanted to change that."

MORE: I Wonder: What's the story behind Chicken Dinner Road?

"I just love Chicken Dinner Road, I think people would be silly to even attempt to change the name," Jamie Tracy said. "It's one of the most iconic roads in Idaho."

Local winemaker Gregg Alger uses the name ‘Chicken Dinner’ on many of his products including wine bottles. It is on those labels that people can read the story behind road’s name.

Nancolas points out in his Facebook response to PETA that Chicken Dinner Road is not even within Caldwell’s jurisdiction.

"Regarding the PETA request...When I first received the letter, I thought it was a joke, I literally laughed! When I realized the letter was for real, it made me extremely irritated that they would waste our time with such a ridiculous request!! If they had actually done their homework they would have realized that Chicken Dinner Road is not even within Caldwell’s jurisdiction...that being said, even if it was, NO WAY, NO CHANCE I would ever consider this truly unbelievable request!! We have many issues to consider, but this IS NOT one of them!" 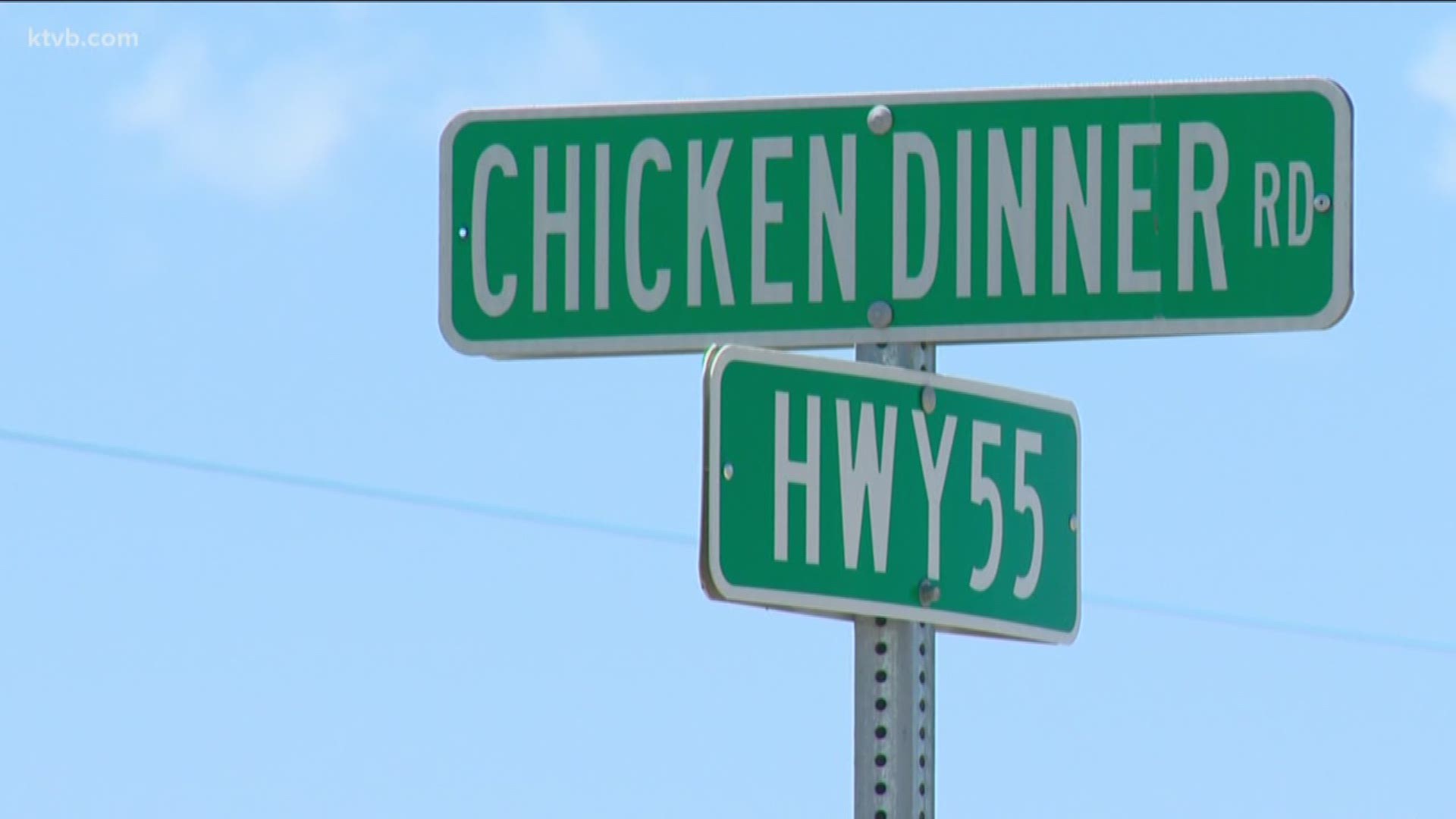