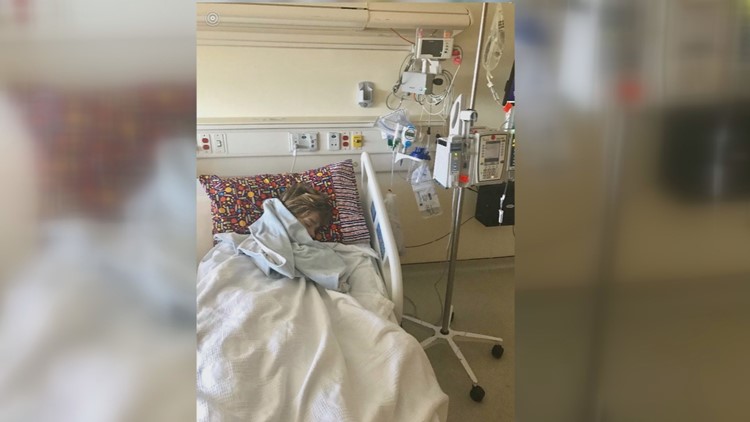 GREENSBORO, N.C.-- A teen from Summerfield who's already beat cancer twice is determined to beat it again.

Fourteen year old Johnny Van Kemp is a fighter. There's no doubt about that. He beat Leukemia twice in the last 6 years.

"With any cancer patient once a month you have follow-up check up's and Johnny six month anniversary was about two weeks ago," John Van Kemp, Johnny's father, said from Johnny's hospital room.

The family thought it was going to be a quick check up, but left devastated.

"We were shocked to our core destroyed to hear the news again for the third time that the cancer was back," Van Kemp said.

Johnny is again undergoing chemotherapy, which lowers his immune system.

"He mysteriously started getting high fevers very serious headache. The doctors have been battling that for about a week with us now," Van Kemp said.

From Johnny's hospital room, his father explains just how much support he's getting from the community on his journey to recovery.

"A whole bunch of cards on the walls, more on the doors. We are kind of running out of space ,but boy do we ever love them."

From cards, to posters, to videos, Johnny's father says they've all been such a blessing.

"All of them means so much because it means that he's not alone in this very very difficult battle," Van Kemp said.

Right now, the family is asking for your prayers.

"We can't thank the community enough for that," Van Kemp said.