'This is a moment of joy' | DC reacts to projected Biden victory with cheering, singing, champagne

When news broke that Joe Biden was the projected winner of the 2020 election, crowds began to gather outside the White House. 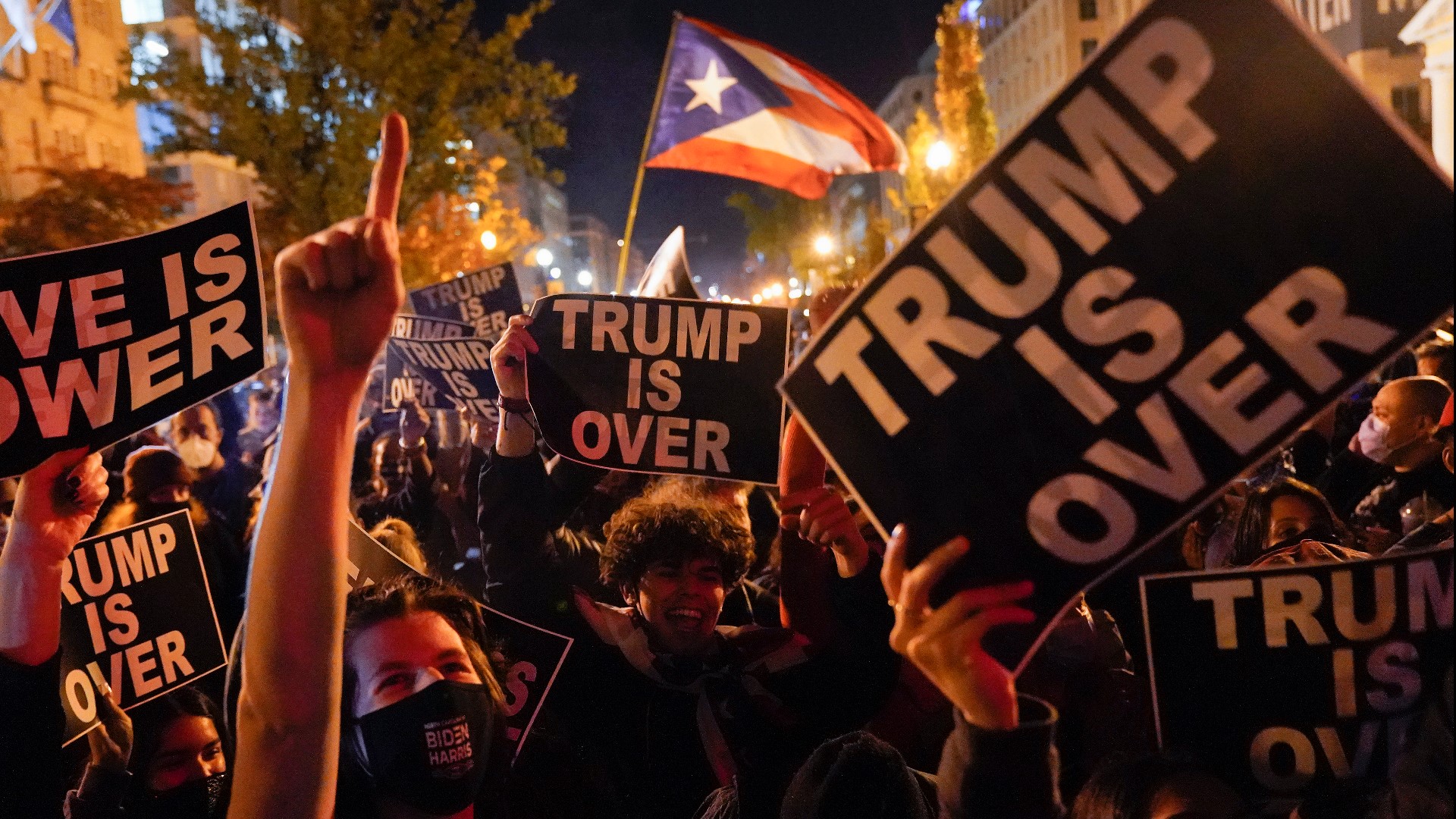 WASHINGTON — The mood around D.C., a city where Joe Biden received more than 90% of the votes, was one of jubilation and relief following the news that CBS News and the Associated Press had called the 2020 presidential race for Biden Saturday.

RELATED: 'We did it' | Vice President-elect Harris shares video of her congratulating Biden

Crowds cheered, danced, chanted, sang and popped many, many bottles of champagne all day long.

“I bought this bottle for election night 2016, and I did not open It then, so this is my symbolic opening the bottle that I was hoping to open then," one man said.

People who spoke with WUSA9 told us they were happy with the result, and eager to begin a new chapter. 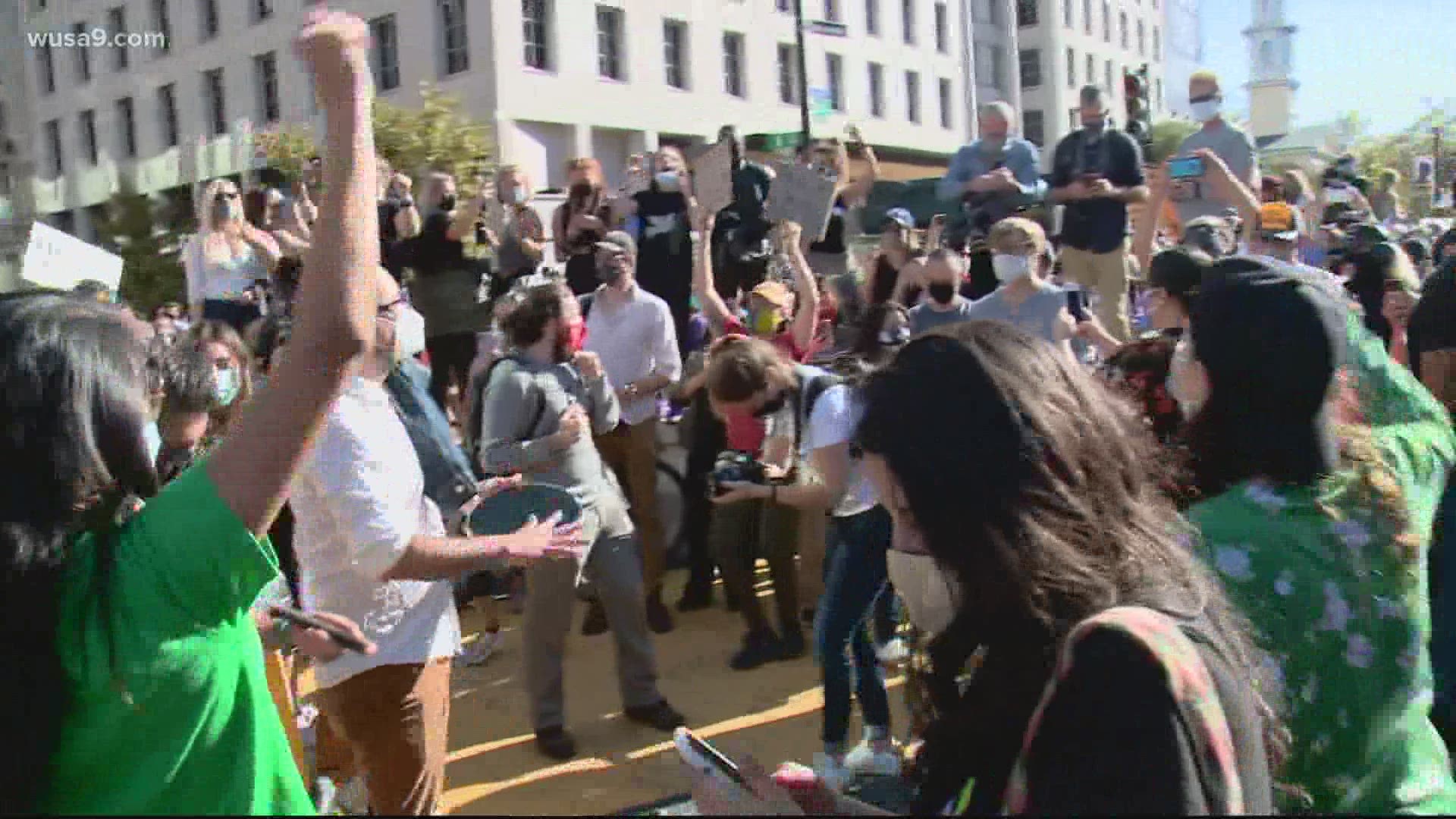 "This is a moment of joy. It's a moment where we finally get to bring people together to care about each other again, to unite people, to love each other," said one man we spoke to.

“I’m an immigrant, I’m a woman, I’m Indian," one woman said. "It’s the first time in forever, it feels like there’s representation.”

Another man was seen popping champagne and handing out cups to passersby. Robbie, who did not give his last name, told WUSA9 he bought the champagne for Election Night 2016 and now he's finally drinking it.

"To a better country," Robbie said, "to getting back to who we were, and are."

The celebration was seen and heard across D.C. Saturday.

1:55pm - A Go-Go concert is happening at McPherson Square.

While some people we spoke with described a sense of relief after days of uncertainty following election night, others made clear that there is still work to be done.

"We still have a long way to go, no president is perfect, but we definitely have a better opportunity in the next four years," said one woman.

“It's been a very long few days, and it’s time to start walking through that door to actually have some progress now," another woman said.

Democrat Joe Biden has surpassed the 270 electoral vote threshold to take the White House and become the 46th president of the United States.

The race was called by both CBS News and the Associated Press around 11:30 a.m. Saturday morning.

RELATED: Joe Biden projected to win the presidency in highly-contested election according to AP, CBS News

In the middle of the coronavirus pandemic, Americans turned out in record numbers to cast their votes. Results will now be certified over the next couple of weeks.

Trump is the first incumbent president to lose re-election since Republican George H.W. Bush in 1992. 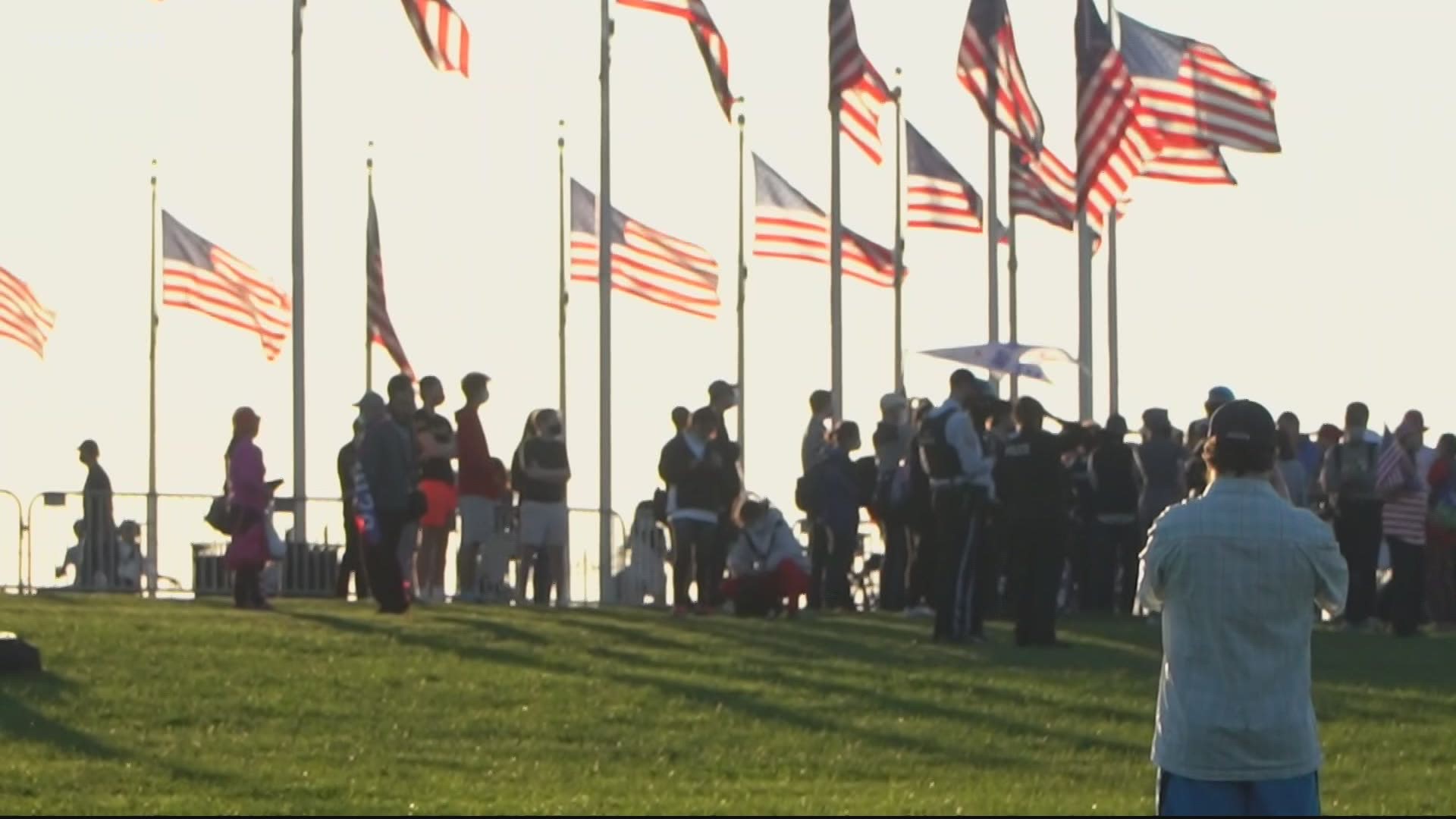 RELATED: Verify: Joe Biden is not the 4th challenger to beat an incumbent president