With Grandma's Marathon canceled, preacher runs 39 laps around his neighborhood

Neighbors lined the streets to cheer on Jason DeShaw. 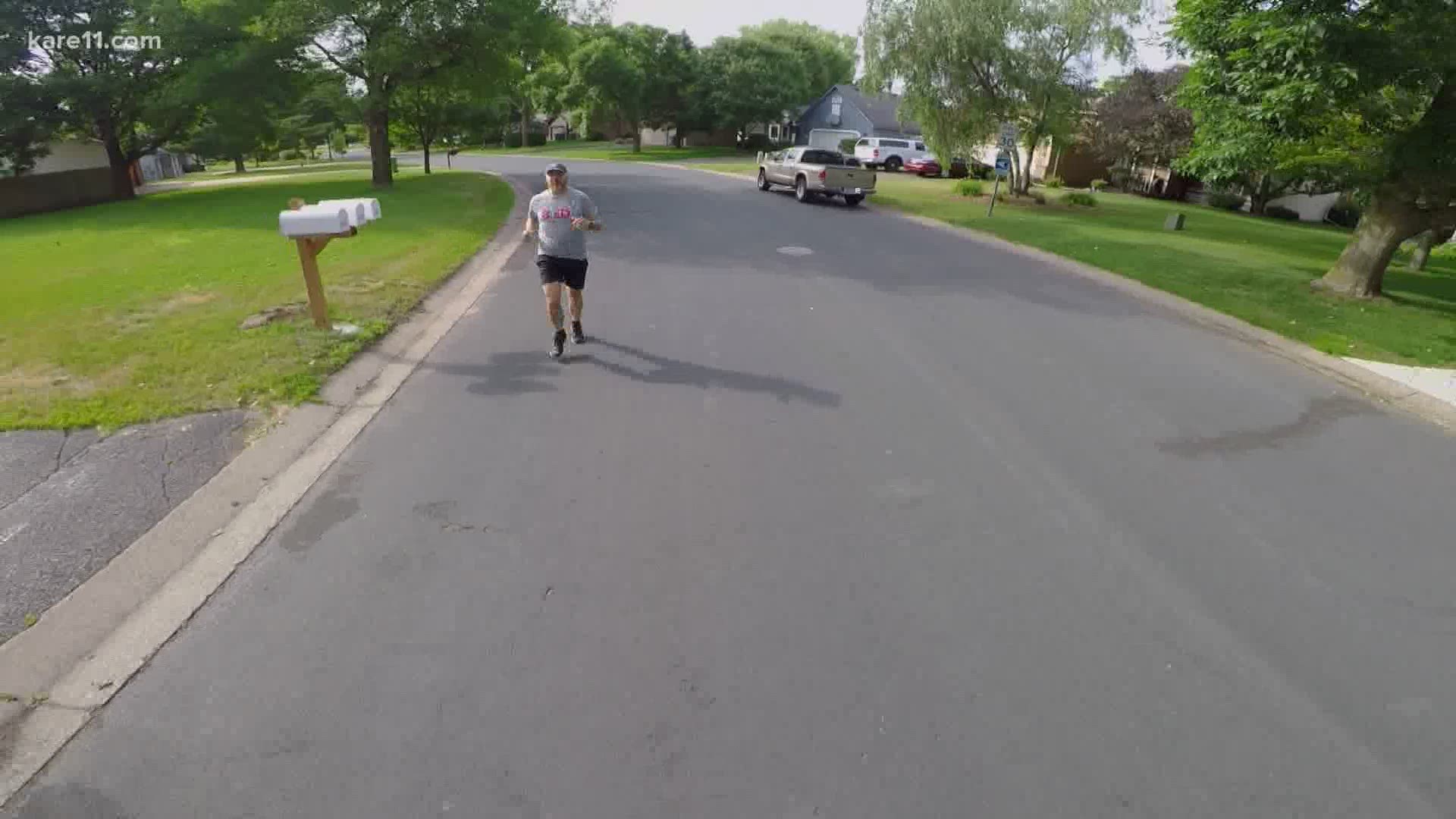 SPRING LAKE PARK, Minn. — For a year, Jason DeShaw trained for Grandma’s Marathon. The Duluth race’s COVID-19 cancellation did not end his quest.

On Saturday, the associate pastor at Redeemer Lutheran Church ran his marathon by way of 39 loops through his neighborhood.

“We love our neighborhood and they’re all going through the same hard stuff we are, and so we thought it would be something fun to bring that to them as well,” Jason said.

Along Jason’s route, his neighbors lined the streets with cowbells and stoked voices.

“We are celebrating Pride month, we are supporting Black Lives Matter, we are cheering on our friend Jason,” Amy Brown said.

“Everything’s canceled so we’re doing it all,” Gwen said as she awaited Jason’s lap past her house. “I’ll take it, I even watched NASCAR the other day just because it was on.”

And like NASCAR, Jason didn’t run alone for long.

In Forrest Gump fashion, the crowd behind Jason grew as the miles ticked off. As many as a dozen runners joined his race as the morning commenced.

“I don’t know how I should feel about him picking up other women,” Jason's wife Kim laughed. Playing along, her 85-year-old grandmother dubbed them “fast women.”

Jason’s calves were burning, but on the sidelines, laughter ruled the day.

By the time Jason reached the halfway point, tears had also made an appearance.

“I haven’t left my yard, and I can hear my neighbors,” Kim said, wiping her cheeks with her hand.

From around the corner, bells and whoops telegraphed Jason’s approach each lap past his house.

“It brings us together,” Afaaff Mohamoud said from a couple blocks away. “The neighborhood all come together and cheer him on.”

Neighbors kept from each other for months were rediscovering, through Jason’s Marathon, connections.

Jason was down to his last few laps when the rain came. Umbrellas popped up, including a patio variety held by another runner over Jason’s head.

“I guess I wasn’t expecting this,” Jason said, looking at the pack behind him. “Some of these neighbors that are running I’m just meeting for the first time, so that’s awesome too.”

His race fundraiser for Feed My Starving Children also surprised him, passing $5,000 with a couple laps to go.

Hugs still forbidden because of COVID, Jason accepted applause and congratulations from a distance.

But for four hours, the neighborhood was as snug as Jason’s sneakers.