The new season of “Small Business Revolution” is now streaming online, and it shines a bright spotlight on the city of Searcy. 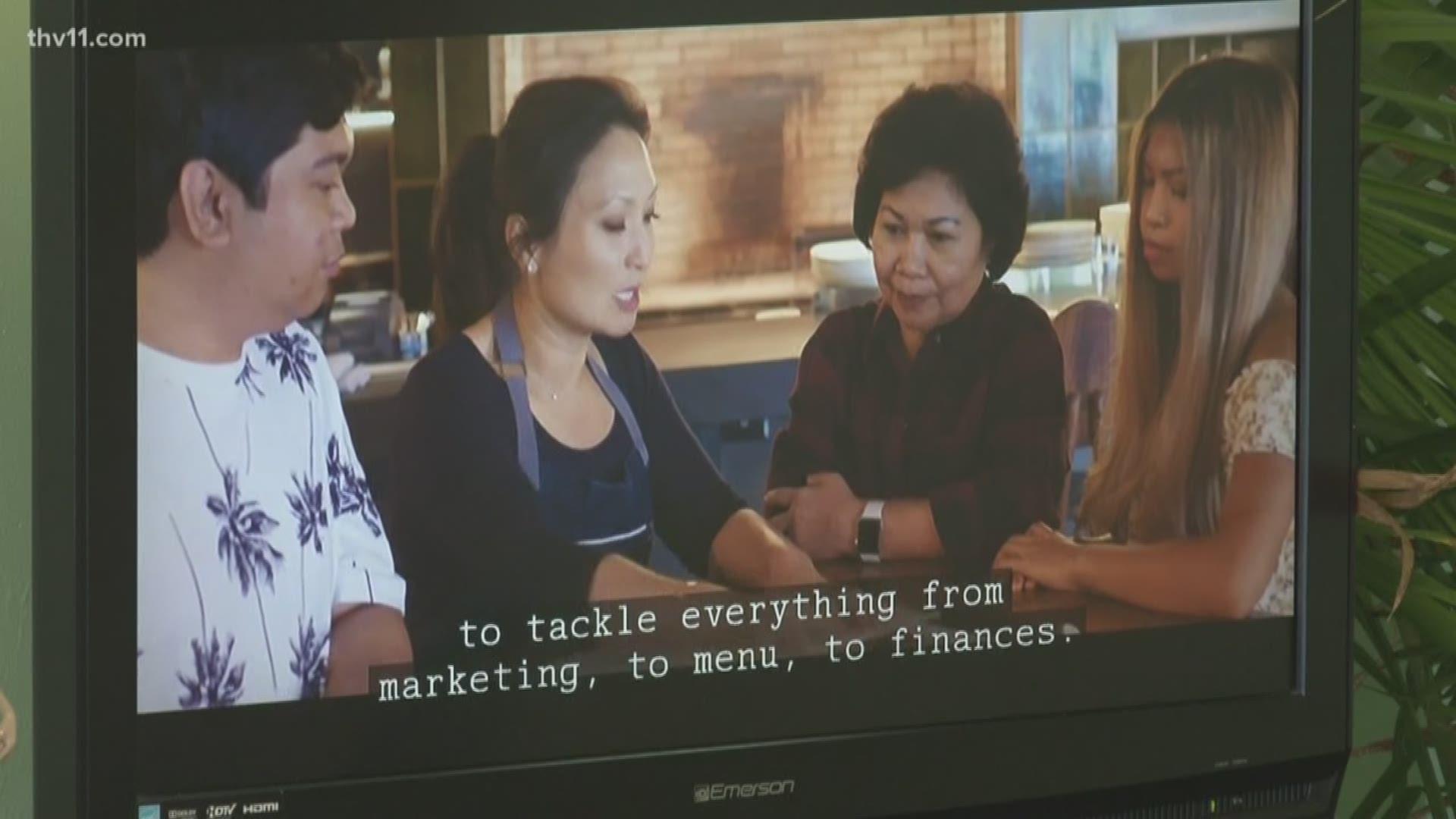 SEARCY, Ark — The revolution is now available for everyone to see.

The new season of “Small Business Revolution” is now streaming online, and it shines a bright spotlight on the city of Searcy.

The show’s eight episodes display the changes that took place during several months of work on six local businesses. Dozens of people watched the entire season Tuesday night at the Rialto Theater.

Amelia Braun was not one of them, but that is because she had already seen it.

“There were definitely some moments where we’re like, ‘oh my god, no! I don’t want to look at myself up there,’” she joked. “But it’s really exciting, too. It’s really cool to see people so excited for us.”

Braun is one of the stars of the season. Her coffee shop, Savor + Sip, was one of six picked to be featured on the show. Each company’s transformation got its own episode. Braun said she watched her episode Tuesday morning, shortly after the show debuted on Hulu and on Deluxe.com.

“I had a few friends text me, actually, before I had even watched it,” she mentioned. “It aired at, like, 5:00 a.m. They were messaging me, like, ‘wow! I just saw your episode! It was awesome!’ And I was like, ‘don’t tell me anything, I haven’t even seen it yet.’”

A different episode was also playing on the television inside Whilma’s Filipino Restaurant Tuesday afternoon. Whilma Fragoso and her staff watched their episode and marveled at the changes they experienced in the last few months.

“And that’s my dream,” Fragoso stated, “the makeover that I can see, I seen on TV.

“Before the Small Business Revolution, I really wanted my restaurant to look good. I like changes, but I can’t afford it.”

The show paid for new floors and tables, a new stove and a commercial refrigerator and freezer, and new decorations. The crew also created a website for the restaurant, designed a new logo, and made promotional items to help Fragoso market her business. It was a transformative gift for a woman who gives her life to her restaurant.

“A couple of years ago, I change my working days,” she recalled, “because I said, ‘okay, I have to rest one day,’ but before, I work seven days. Yeah, because we started here with my children," Fragoso said.

"We came from the Philippines, and then we have nothing. And then we just got this restaurant. I have to work hard. My children helps me. Even [after] they go to college, even [when] they are in school, after school, they help me here.”

RELATED: Searcy gets ready for finale of Small Business Revolution

Fragoso was barely breaking even before she was picked to be in the show. She said the crew worked with her for four months, and she had to close the restaurant for a while the transformation took place.

“And when I opened, after closing that time, a lot of people come here, already,” she said with a smile. “And I’m running out of my ingredients, that’s why I have to close again.”

Braun had different concerns when Savor + Sip was picked as one of the six winners. “For us, we are a newer business,” she explained, “so most of our transformation was more about the marketing side of things, our financial, kind of back end and less, kind of, cosmetic.”

Braun said her shop’s location was completely remodeled a couple of years ago. She needed more expertise in managing the business and said she was surprised how hands-on and available the show’s experts were during the months of filming.

She believes the encouragement and exposure they provided her will also help her business grow in the future.

“We’re hopeful it will drive a lot of business,” she said. “It already has, even just looking back over the past. This summer has been busier than we were last summer. Hopefully, it’s big.”

Fragoso also said her revenues increased this summer as a result of being picked for the show. She imagines the success her restaurant might have, knowing how much it gave her even before Small Business Revolution came to Searcy.

She said three of her children have already graduated college and another will begin soon. Her restaurant helped give her the life she dreamed of, and now she believes it can do even more for her family’s future.