Opponents of a Ten Commandments display at the Arkansas state Capitol are suing to have the monument removed, arguing it's an unconstitutional endorsement of religion by government. 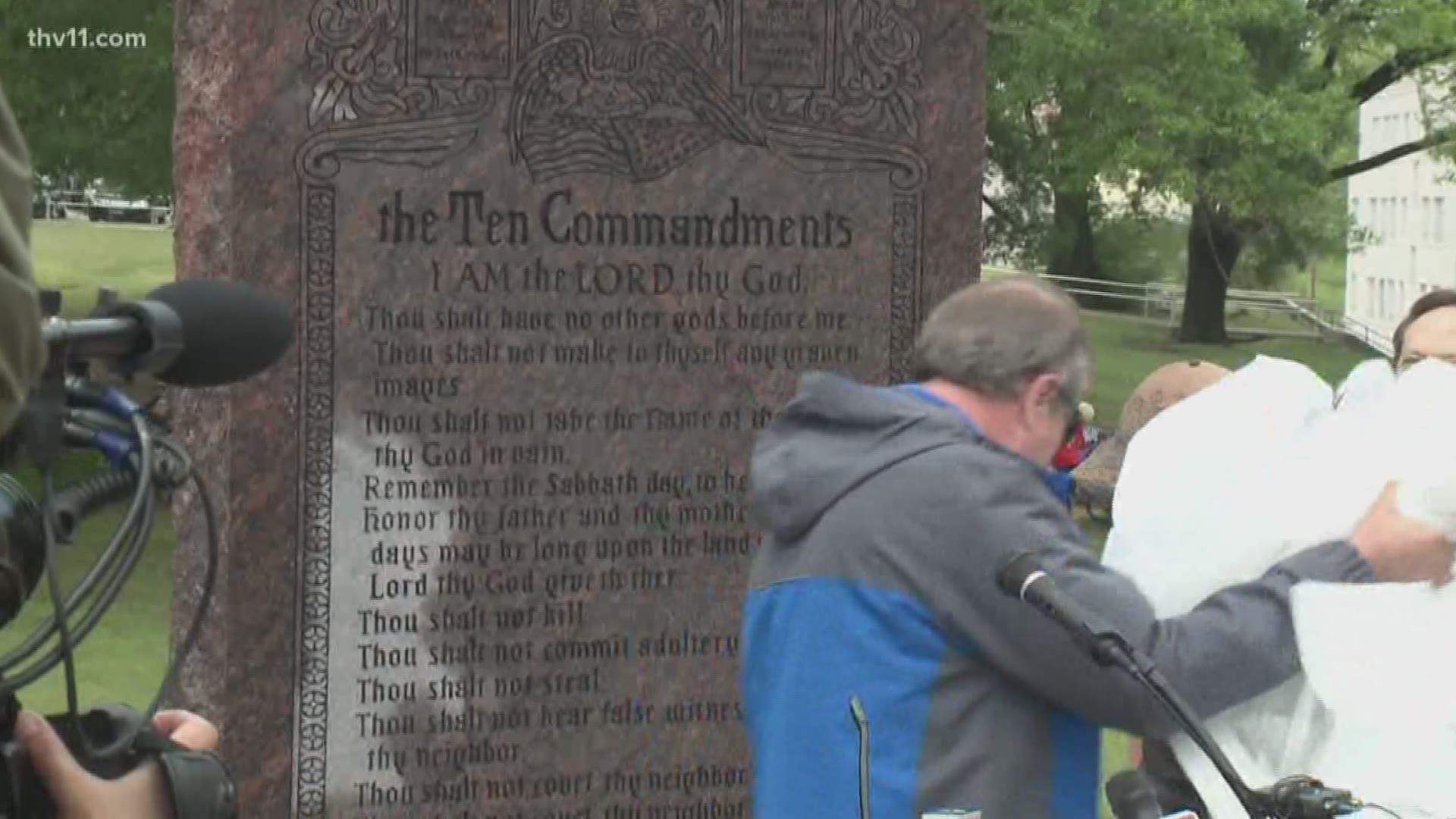 LITTLE ROCK, Ark. (AP) - Opponents of a Ten Commandments display at the Arkansas state Capitol are suing to have the monument removed, arguing it's an unconstitutional endorsement of religion by government.

Separate lawsuits were filed in federal court Wednesday challenging the display, which was installed on the Capitol grounds last month. A 2015 law required the state to allow the privately funded monument.

The monument was reinstalled last month after the original version was destroyed last year by a man who crashed his car into the display.

One of the lawsuits was filed by American Civil Liberties Union of Arkansas on behalf of four state residents.

Rita Sklar with the ACLU of Arkansas said courts in the past have ruled that the First Amendment protects religious freedom and prohibits the government "from engaging in this kind of overt and heavy-handed religious favoritism."

"Arkansas politicians are once again using public property to promote their personal religious beliefs at the cost of Arkansans' fundamental rights," Sklar said.

The other was filed by a coalition of groups and residents that includes the Freedom from Religion Foundation and the Arkansas Humanist Association.

In a press release by the American Heritage and History Foundation, State Senator Jason Rapert called the ACLU and the other groups involved "anti-American organizations" who are "declaring their own war on the Arkansas Ten Commandments Monument."

"They may attack me and the Ten Commandments, but I'm committed to defending the law in Arkansas and defending the will of the people in our state," Rapert said on his Facebook page.

Rapert also claimed that an "actual false statement" was made by the plaintiffs in one of the lawsuits.