The airport is now seeing 65% of the passengers when compared to 2019. 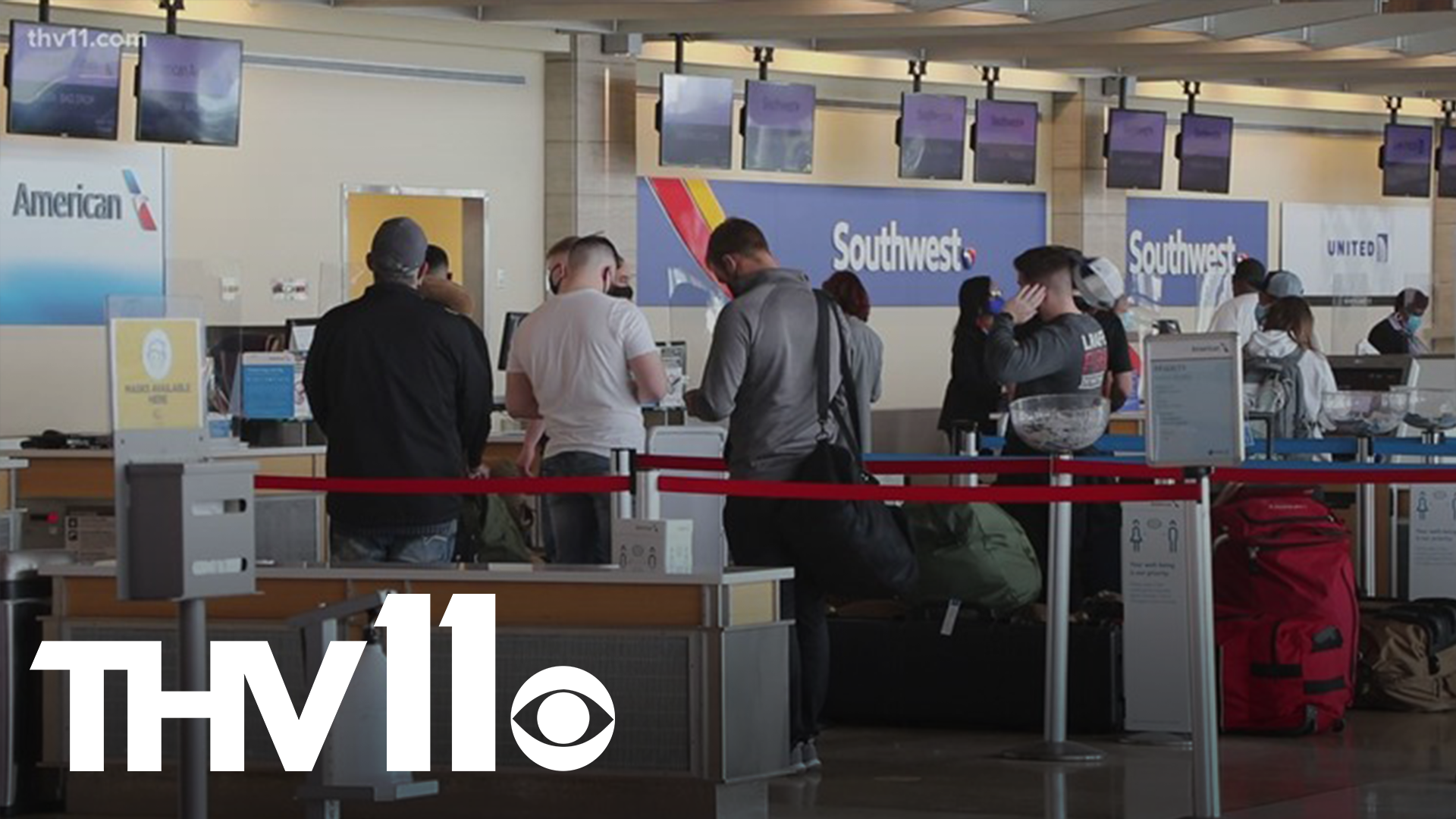 LITTLE ROCK, Ark — For many, Easter weekend may have been the first time they've been able to celebrate a holiday with the ones they loved.

As more people get vaccinated, more are taking to the skies, and traffic at the Clinton National Airport in Little Rock is picking up.

RELATED: A ‘vaccine passport’ already exists for other diseases

TSA screened over 1 million people at airport checkpoints nationwide on the Saturday of Easter weekend. This was an 800% increase from last year and at Clinton National Airport, the numbers are slowly going up week by week.

Long ticket lines, crowded parking lots, and busy restaurants. Images that would've been unheard of a year ago at the Clinton National Airport, according to Director of Public Affairs, Shane Carter.

The biggest jump was leading up to spring break, Carter said, but over the past week, that number has increased as travelers headed out of town for Easter.

He said the airport is now seeing 65% of the passengers when compared to 2019.

"Our forecasting that we use has shown that our passenger traffic would get to about 65% by the last quarter of this year, but as of today, we're already there," Carter said.

Annice Harrison was one of many shuffling out of the airport on Wednesday morning.

Harrison is back home after spending the holiday with her kids.

"It feels great. I'm not afraid of getting corona or anything. I feel safe," she said.

With more and more people like Harrison, who are ready to fly, Carter said flights are leaving the jet way full and airlines are adding extra destinations.

"Airlines do not just add flights, they add them because they think they can make money and be successful, so with that, there certainly is indication that there is demand," he said.

According to Carter, there are 29 departing flights a day right now and that number is expected to increase a little each month.

"We are expecting a few peaks and valleys, especially over the next few weeks, as school continues to be in session and until we get to summer," he said.

Carter said the airport is ready whenever you are.

RELATED: United to train pilots with no experience at its new academy

If you're planning to go to the airport soon, just because Gov. Hutchinson lifted the mask mandate here in Arkansas, doesn't mean you can walk into the airport without a mask. It is federal law, so make sure you have it with you.

More destinations will be coming back to the airport just in time for the summer, according to Carter, like Destin, Miami, and Los Angeles.