Her first time back in her hometown of Little Rock since the debut release, Ayana Gray was at Wordsworth Books to meet readers and sign copies of her new book. 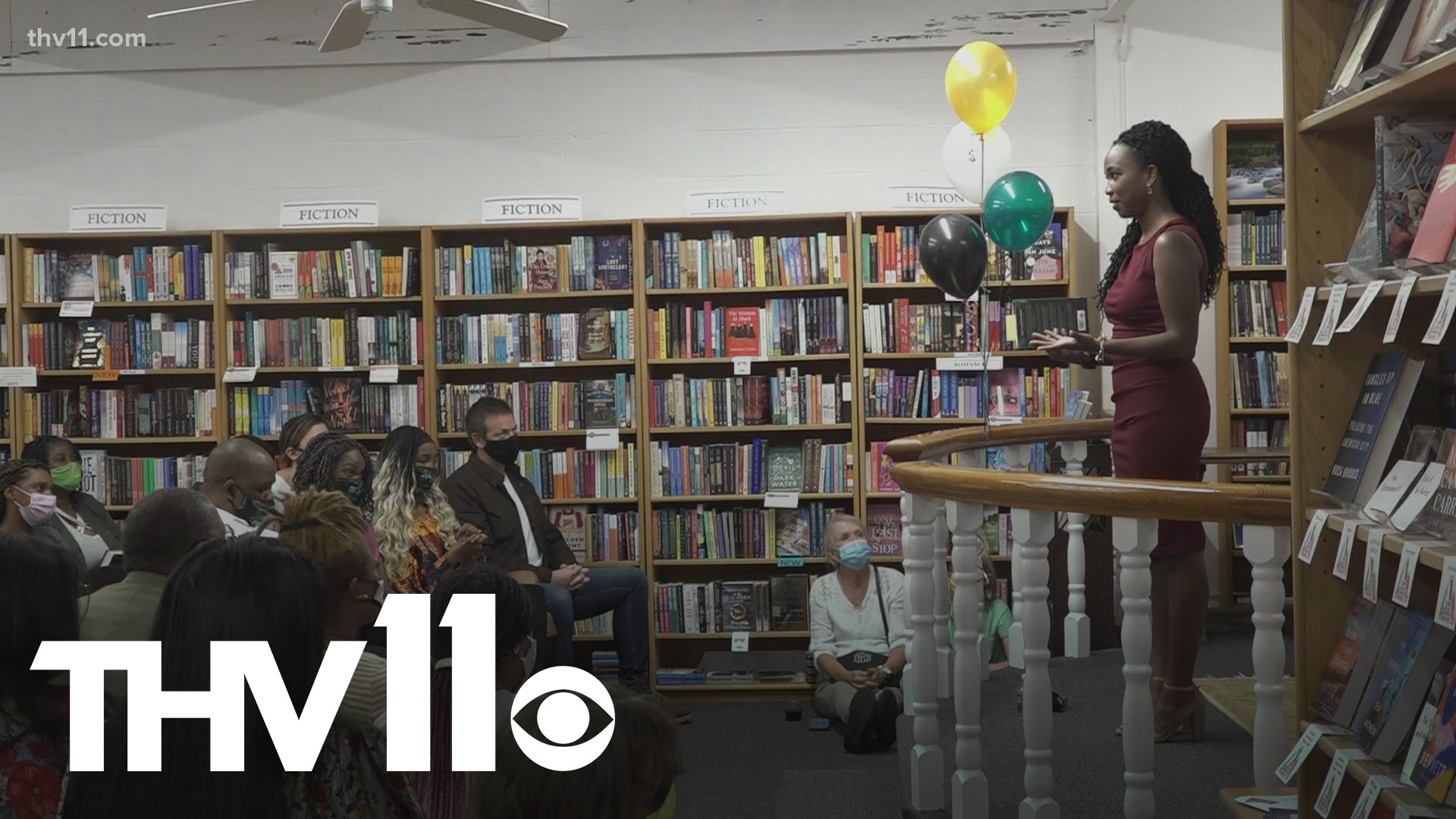 The story follows two Black teenagers on a journey into a magical jungle where they uncover monsters and ancient secrets.

The highly anticipated book received rave reviews in its first few days and even sold out at several locations, including Little Rock's Barnes and Noble.

"I don't know if I should be happy or sad, because that Barnes and Noble was where I went as a teenager. I was looking forward to going and being like, 'oh, my book's here,'" said Gray.

On Friday night, her first book signing in Arkansas was at Wordsworth Books and Co. It was the first time she's been back in her hometown of Little Rock since the debut.

The event had standing room only as Ayana read an excerpt from her book. Then, she answered questions about her journey of becoming an author.

She said her inspiration of 'Beasts of Prey' came from her love of fantasy, but when she was younger there weren't any books in that genre with Black representation.

"So, I wrote 'Beasts of Prey' so people, and specifically kids, don't have to choose," said Gray. "They get to see themselves in these stories where race is not a focus at all. It's just Black kids getting to have adventures with monsters and magic"

She was also inspired by some of her classes at the University of Arkansas and her study abroad in Ghana.

"It's got so much history. It's got beaches, jungles, massive cities, small villages: it's just this incredible place, and I love to read fantasy and I've never read a fantasy set in a world like this. I want a book with that kind of magic in a world that looks like this," said Gray about her time in Ghana.

The series will be a trilogy. Gray said the second book is currently going through revisions. She expects it to be released sometime next year.