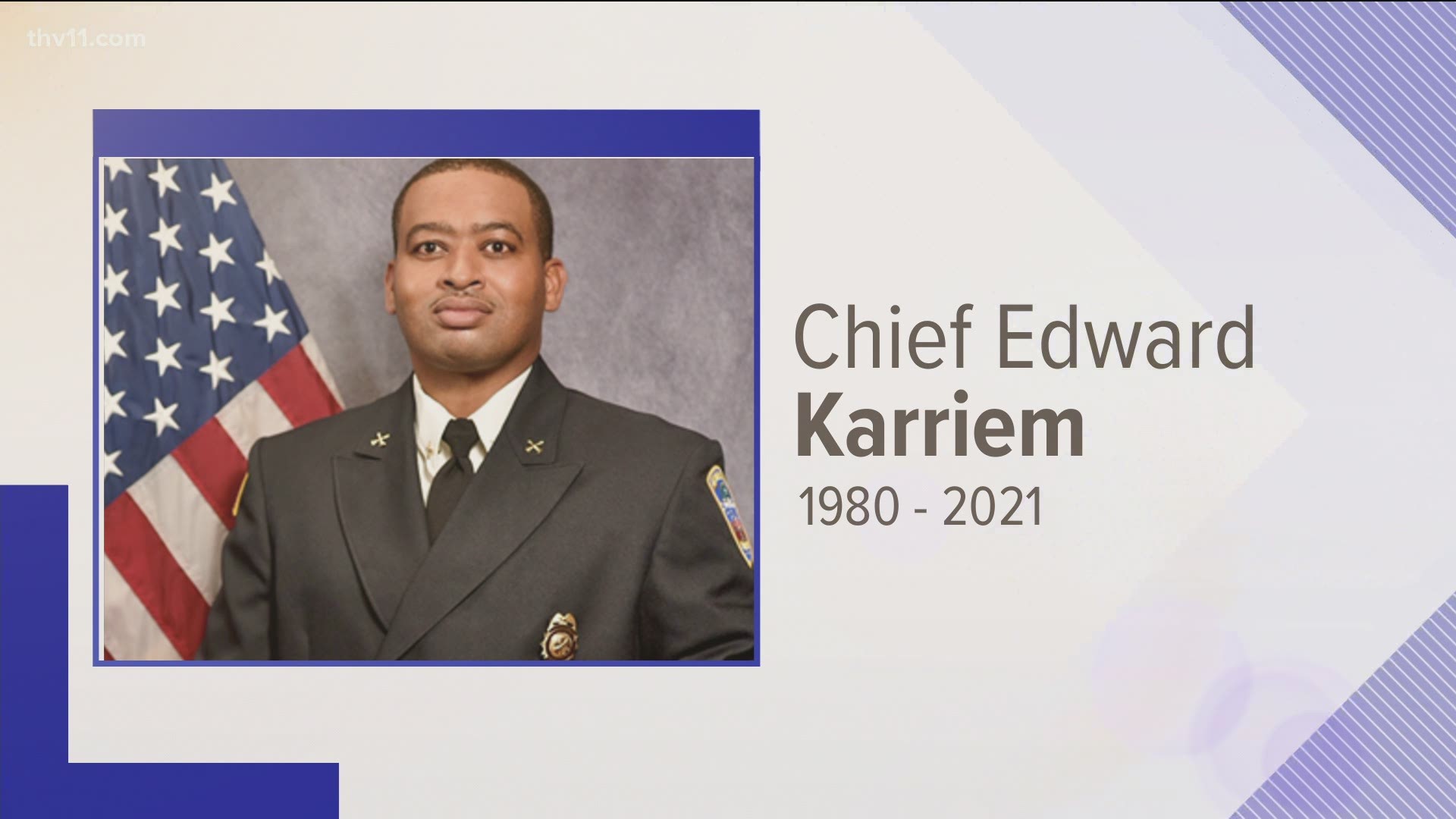 LITTLE ROCK, Ark — According to a release from the City of Little Rock, the Little Rock Fire Department is mourning the death of one of their own.

Battalion Chief Edward Karriem was the commanding officer of this incident.

The fire was contained at 11:22 a.m. without any civilian injuries. The origin and cause of the fire is under investigation.

Life-saving measures were taken and Karriem was transported to a nearby hospital where he was later pronounced dead. The cause of his death is unknown.

The press release from the City of Little Rock states Chief Karriem faithfully served this city and the Division of Fire Services for 17 years.

“I am deeply saddened to learn of the death of Battalion Chief Karriem,” Mayor Scott said. “He was a stellar leader and beloved by his Little Rock Fire Department family. I extend sincere condolences to Mrs. Karriem, his brother, LRFD Engineer Joshua Karriem, and their family on behalf of the City of Little Rock. We are forever grateful and indebted to him for his service to our city.”