A Little Rock mom and hairstylist who spent months homeless is now getting a new start after her post went viral sharing her experience. 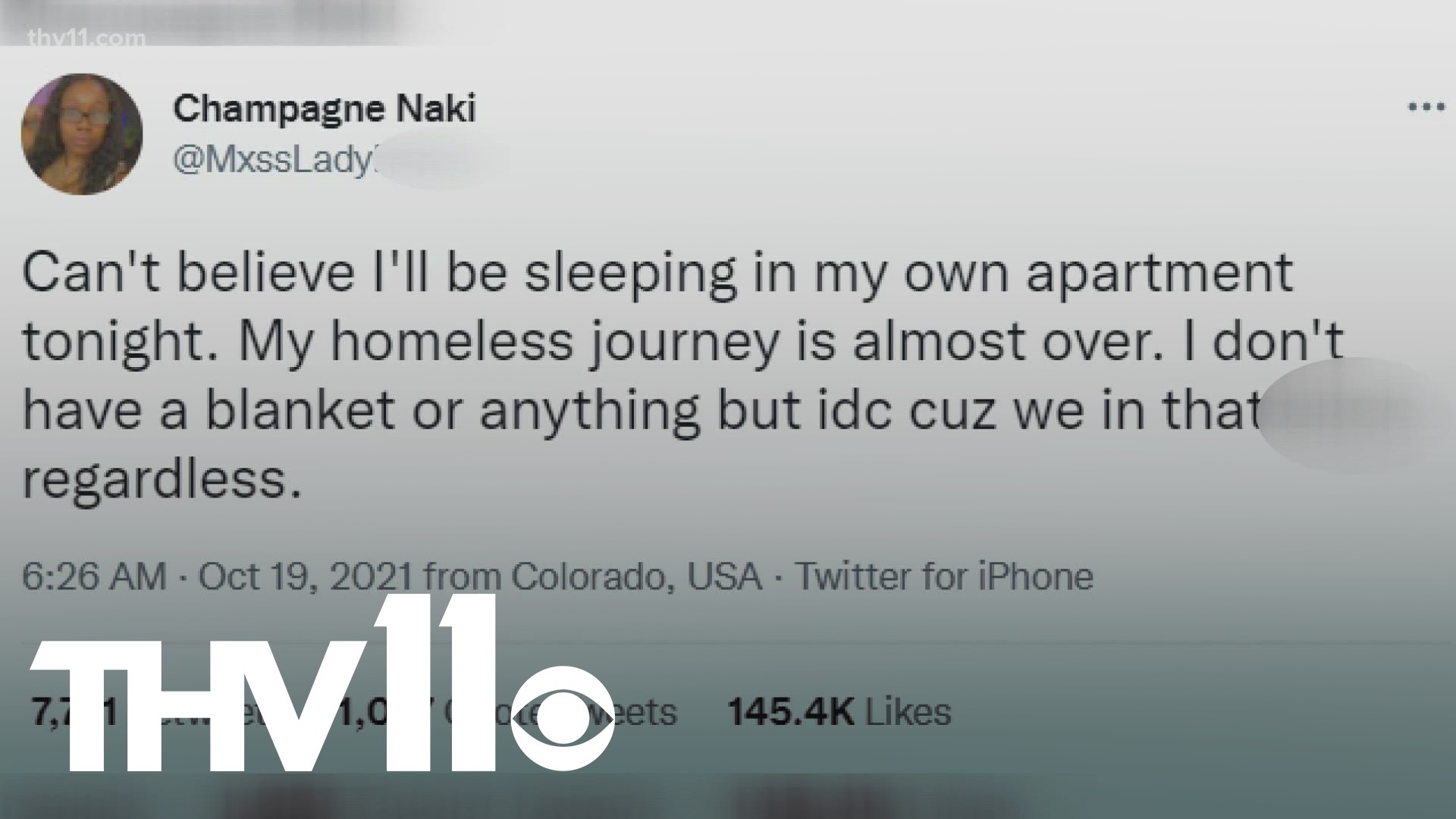 LITTLE ROCK, Ark — A Little Rock mom and hairstylist who spent months homeless is now getting a new start after landing back on her feet.

In a candid post that's gone viral on Twitter, she's grateful to have a roof over her head.

Nikita West had to travel with her three young children across the country before settling back in the Natural State.

"Sometimes I ask myself why me, because there's people that are homeless for longer, in worse situations, with more kids," said West.

West needed a new place to stay after getting out of her lease in Pine Bluff three months ago. She found a new home with an independent landlord.

That landlord told us that West was living in the home rent-free and called a plumber for a water problem on her behalf.

West called code enforcement, who told her she and her children needed to move out.

She held a yard sale for more income since she couldn't braid anyone's hair during the time. She says she didn't explain to her Twitter followers at the time what was going on, but one of them reached out.

Connie Franklin has been going to West for her braids for the last six years.

She drove all the way from Conway to Pine Bluff to check on her and lend a helping hand.

"You know, she became friends and family to me," said Franklin.

"When I got to Pine Bluff, you know, I hugged her and I said, 'you're going to bounce back.'"

It was a three month long struggle with her three young kids.

West drove to D.C. where she has some family who allowed them to stay for a short while. Then a friend paid for her and her kids to catch a plane to Los Angeles.

West went through a homeless program there.

She said she'd catch the bus with her kids after losing her car, but got a job at a local clothing store.

"I really lost everything," said West.

She reached out on social media for help and got some donations.

She eventually had enough to move back to Arkansas, where most of her clientele was in Little Rock.

"When she had gone away, I'm having to find somebody else to do my hair," said Franklin, who is happy to have her back and still help out if she needs anything done for West or her kids.

More than 100,000 people were celebrating her journey when she posted about finally coming home.

"Before I got on the plane I sent out a tweet cause I was just thinking like, I'm going to Arkansas, I'm a be in Little Rock," West said. "...And we might just have to sleep with our sweaters on tonight, but I'm not sleeping in a van and I'm not sleeping on nobody's living room floor."

The hair braider had to sleep on couches across the coast & enter a homeless program with her 3 youngest children before finally securing a Little Rock apartment. https://t.co/2l1EYVVKFm pic.twitter.com/twMBNO9ncj