Little Rock police now have body cameras, which will soon be part of uniform

The Little Rock Police Department officially has the long-awaited body cameras in possession, but they have to be formatted and programmed before using. 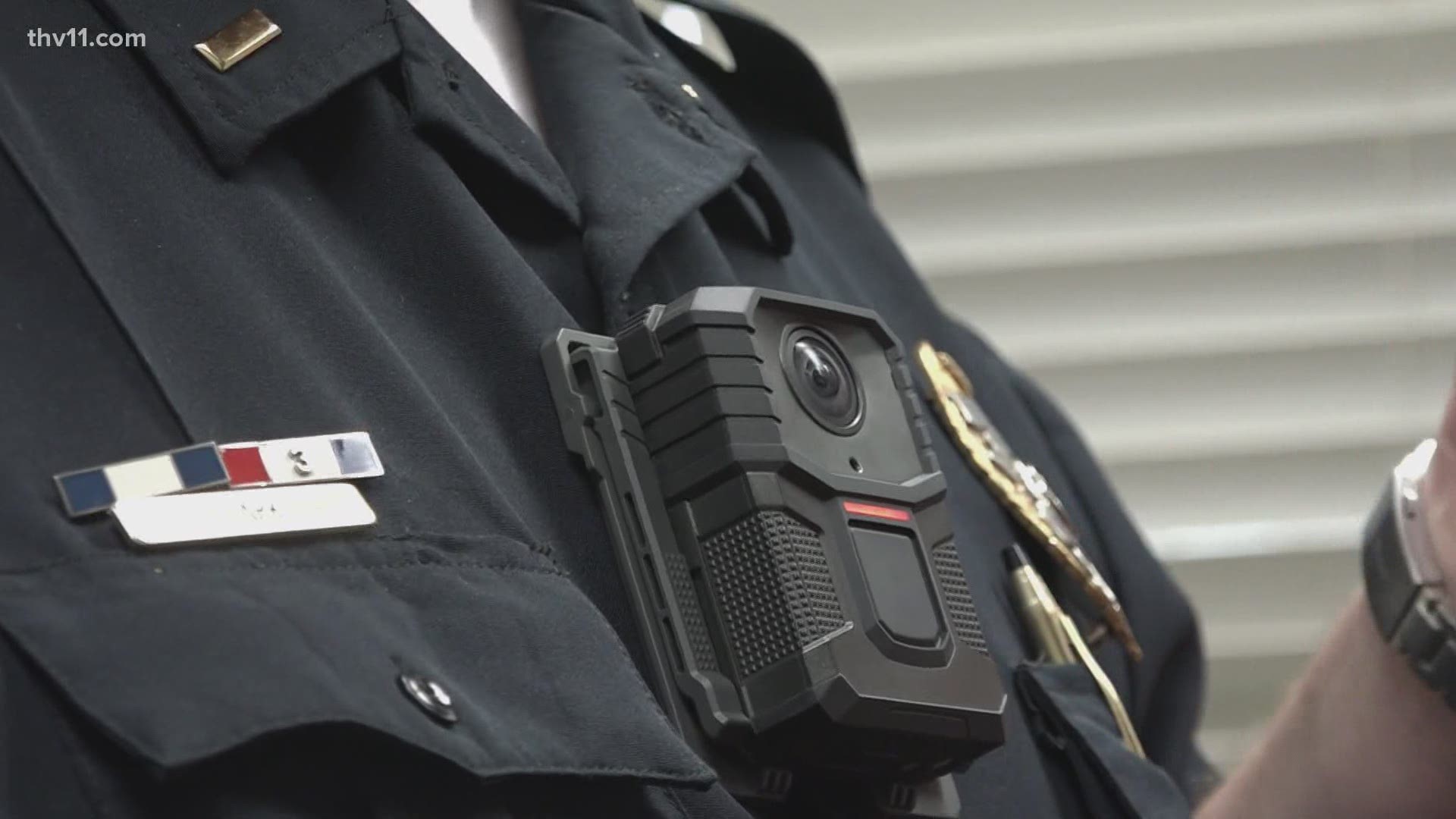 LITTLE ROCK, Arkansas — Little Rock police officers will have a new addition to their uniforms. It's a body camera and it's not only to ensure officer accountability, but citizens as well.

The cameras are currently being formatted and programmed. Two hundred and twenty-five officers will soon have the camera as a part of their uniform.

For student resource officers, motorcycle officers, and community-oriented officers, their cameras must be turned on and off manually; but patrol officers will not have to touch a button.

"They have a function where if you drive up on the scene and you're going to assist somebody, if one of the WatchGuard cameras is already activated, then it will automatically turn your camera on," said LRPD's Lieutenant Casey Clark.

Right now, the footage will be on a cloud storage system, but the department is working on storage rooms in the buildings to keep the body cam video.

As of now, LRPD will keep incidents, like arrests, use-of-force, and pursuits indefinitely until the investigation is over.

Complaints and simple interactions will be kept up to 60 days.

The footage stored will be looked over periodically by supervising officers, unless a specific event needs reviewing.

"If it's involved in any type of incident where force is used, a pursuit, a complaint is made then the entire chain of command reviews the incident," said Clark.

The cameras cost approximately $750,000 to $800,000. Funding is partially from a federal grant and the rest is from the City of Little Rock.

Officers will start wearing the body cameras in 30 days.