It's been a tough month for the Little Rock Salvation Army after a fire caused damage to the shelter last month. They're still in need of donations. 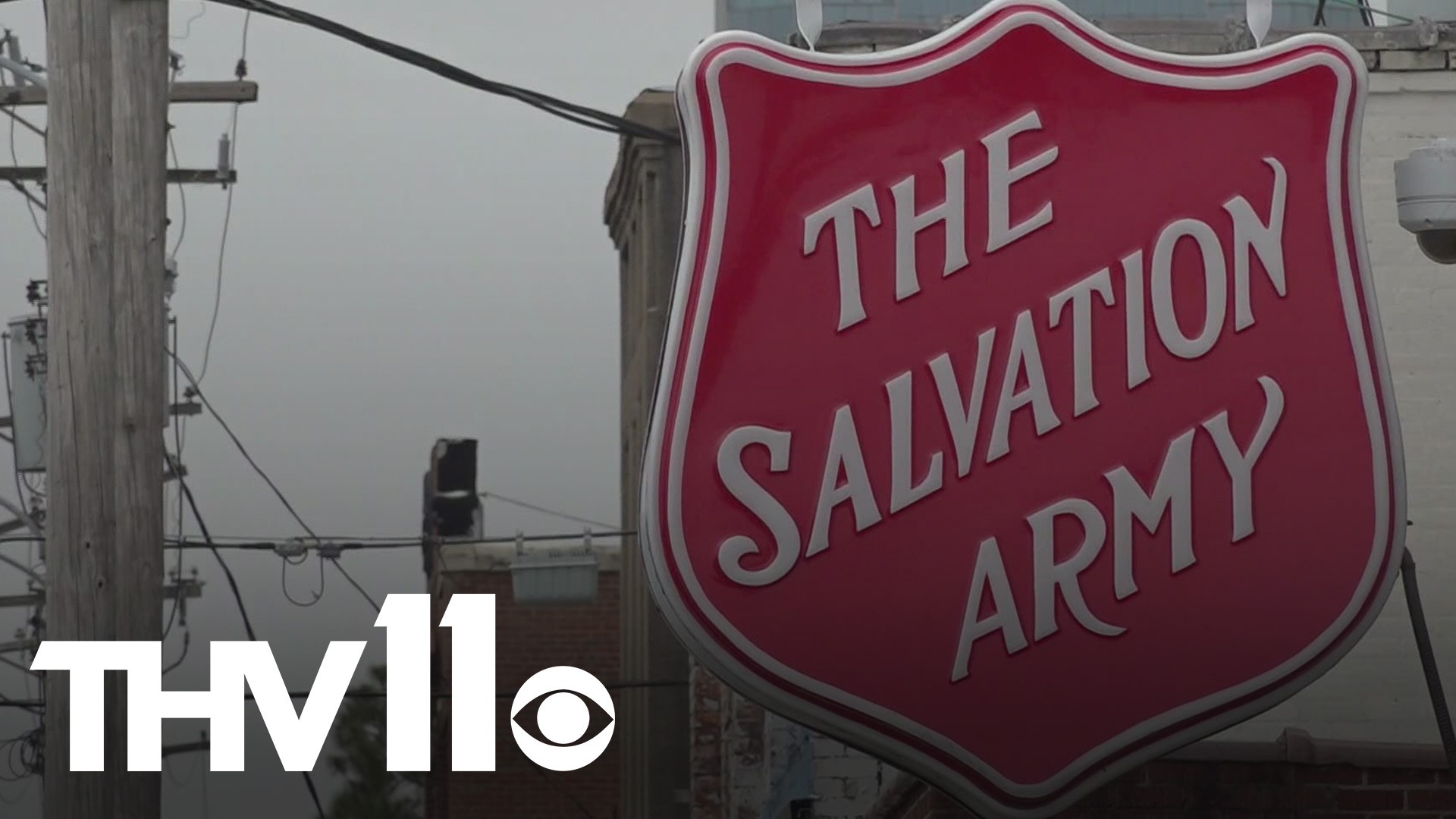 LITTLE ROCK, Ark. — It's been a tough month for the Little Rock Salvation Army.

"Yeah, so we had a fire in the laundry room," Matthew DeSalvo, Director of Social Services for the non-profit, said.

A month ago, THV11 visited the shelter just after the fire broke out. The washer and dryer were completely burnt out, and it was hard to breathe over the smell of soot and ash in the air.

"Lot of smoke damage in here, and there was a heavy smell of soot," DeSalvo said, showing us around the gutted laundry room Friday.

And while it may be hard for the crews at the Salvation Army, it's even harder for the ones they help.

"It's gut wrenching for us because it's disheartening for them," DeSalvo said. "It's another trauma, another pain, added on top of all that they've been experiencing. It could be chronic homelessness, domestic violence, whatever the issue is that's led to homelessness."

Even after the rooms and floors near the laundry room were gutted, problems persisted.

"They realized there was asbestos down there from when the shelter was built," DeSalvo said. "It's probably in the six-digit ballpark at this point."

With damage as high as what they've seen, they can't rush anything. We were told a two week turnaround when crews visited after the fire happened.

It's hard not reopening on schedule, for both the staff and the ones they hope to help.

Even in the hardest times, there's hope for the future. Just outside the laundry room doors is a bulletin board with a sign that reads in part, "Your best stories will come from your struggles."

That's a message that hits home for DeSalvo.

"We're building strategic partnerships to be able to lift these people towards sustainability, but we need this place to be able to do it," he said. "So please, if you have the heart, please help us, because we need it and we can't do it alone."

DeSalvo says the fire was actually a blessing in disguise because they can renovate rooms and parts of the building they had initially planned on doing.

He says part of those renovations include a tech room, so those in the shelter can do job applications, and new furniture.

Physical items like clothes and blankets can be donated at the facility at 1111 West Markham Street.