Syraii Sanders, a 16-year-old who just gotten the news that her brain cancer was back, wanted to be a normal kid with a wish to get a tattoo. 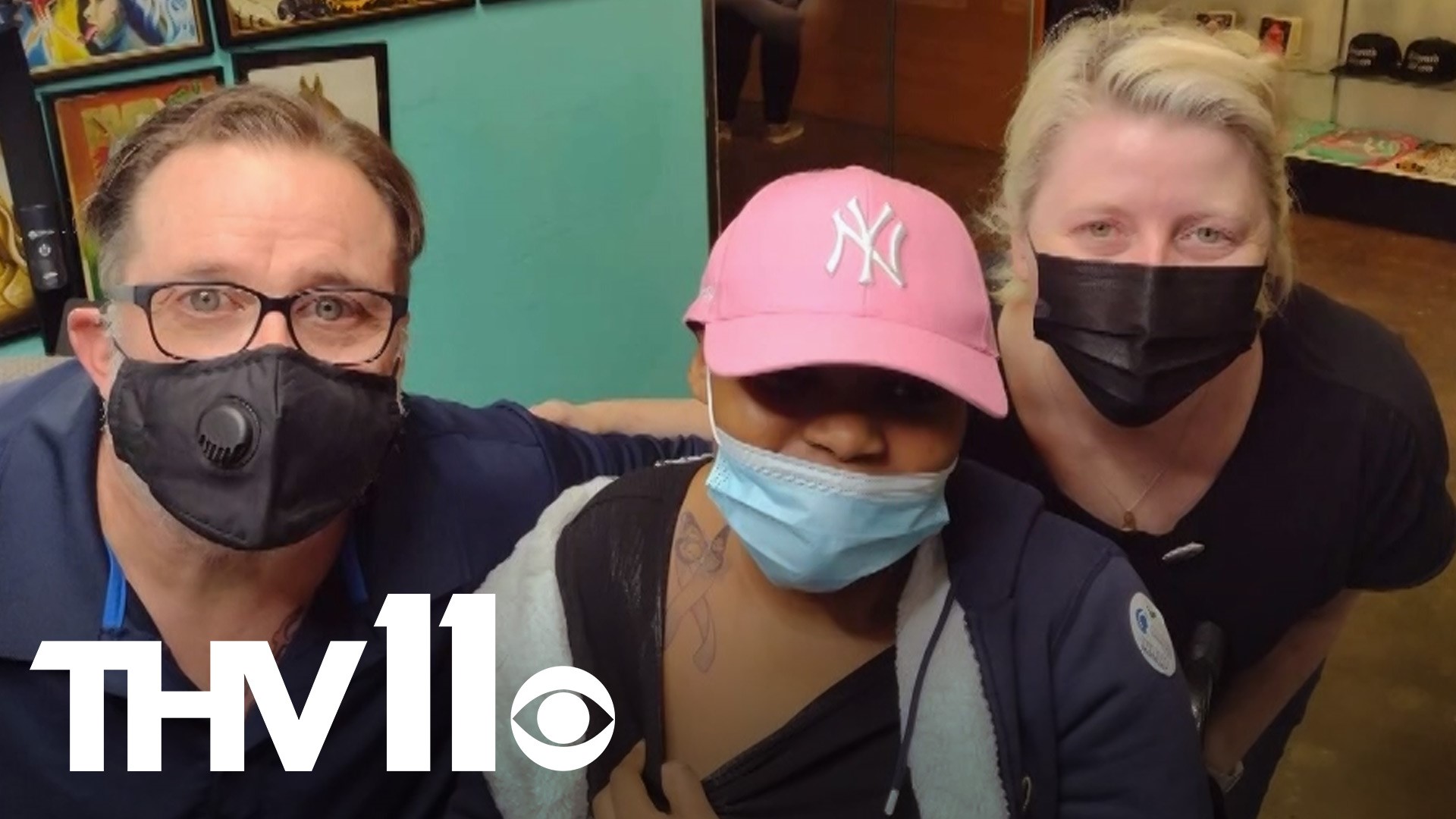 LITTLE ROCK, Ark — A Little Rock tattoo shop made a teenager's wish come true this week without even putting ink to skin.

The impact left not only on the receiver but also the giver.

It's hours before 7th Street Tattoo and Piercing flips its sign to "open" and chairs are empty around the shop.

But there's one specific empty station that has been on manager Ashley Berry's mind for days.

"I can't stop thinking about her. She had surgery this morning and she's just constantly on my mind," she said.

The "her" is Syraii Sanders, who came into Berry's shop on Monday night.

The 16-year-old said she had just gotten the news that her brain cancer was back and was now in her spine.

"I was tired of being stuck with needles in my chest and just wanted to be, you know, be a normal kid," she said.

Sanders said she always wanted a tattoo, but because of the cancer and the constant treatments, a real one isn't recommended right now.

So her mom called the shop asking if they did temporary tattoos and surprised her daughter with a special trip.

"When I went in there and they said this is a tattoo place and I was like, 'what?' I was in shock," she said.

Berry and her dad gave Sanders the full experience by letting her choose the design, sizing it, and painting on the colors.

But the butterfly and brain cancer ribbon put on Sanders's skin left more of a mark for the ones drawing it on, according to Berry.

"What it did for me and even for my father, was probably more than she will ever even know," she said.

Berry said it wasn't only the way the 16-year-old carried herself with a determined spirit and calm demeanor.

"I feel Iike she did more for me because I've been through the ringer with getting medical news and I did not handle it the way that she did," she said.

But also, a certain connection that went even deeper. Berry is also battling cancer herself.

"I told her we're all on this journey together and her journey is our journey," she said.

A journey that brought Berry and Sanders together for a Monday at 6 p.m. that neither of them will ever forget.

"I love that place. They motivate me. I am so thankful for everything they did for me," Sanders said.

The two promised each other that once Sanders is cancer-free, she'll come back to 7th Street and get the same tattoo in the same spot, but permanently.

On Thursday morning Sanders had surgery at Children's Hospital. Her mom said it went well and she's in recovery.