79 people arrested after 4th day of protests in Little Rock

79 Arkansas residents were arrested Tuesday night after a McDonald's glass doorway was shattered and the county courthouse was vandalized. 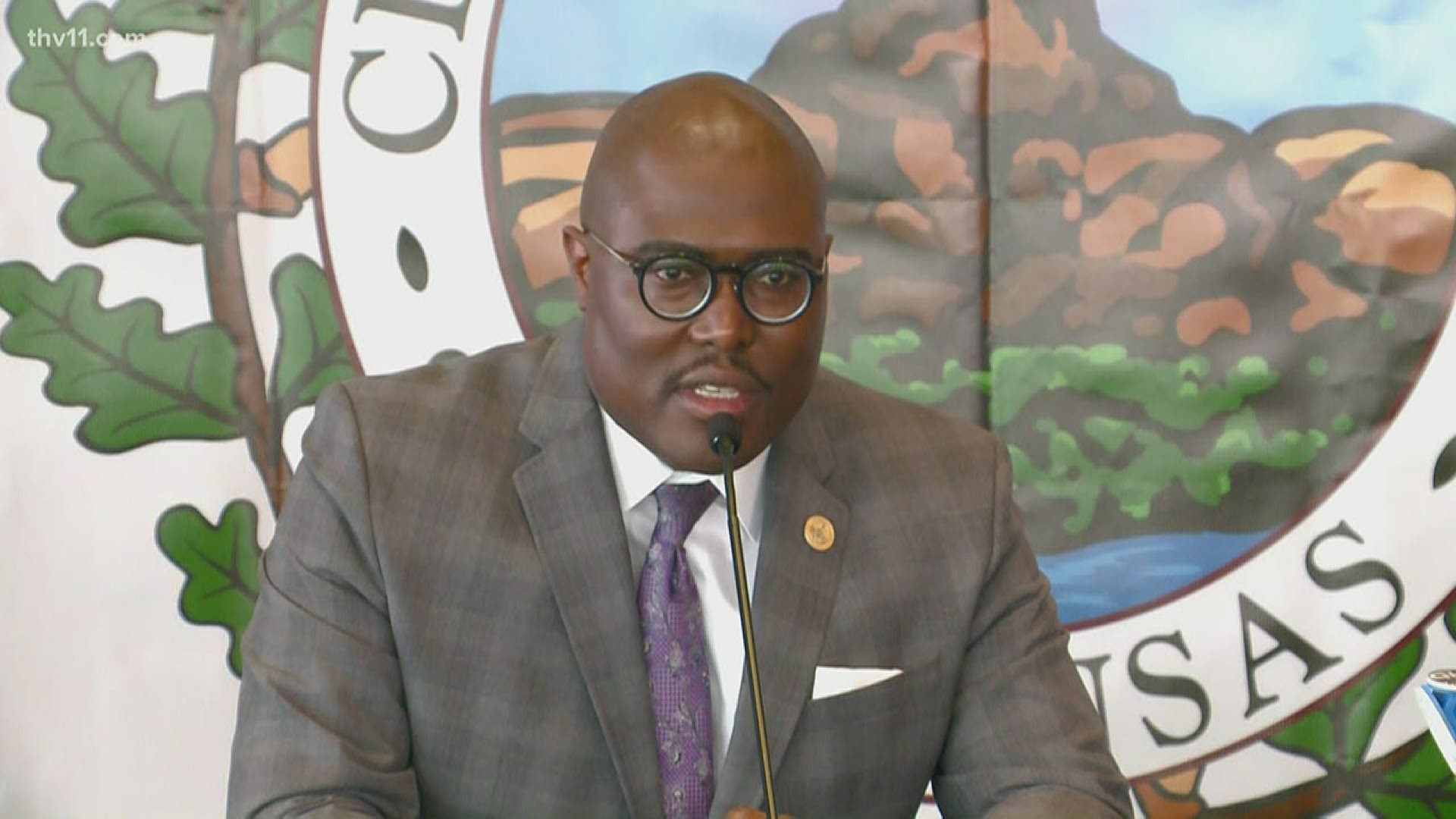 LITTLE ROCK, Ark. — Less than 24 hours after Governor Asa Hutchinson issued an executive order proclaiming Arkansas State Police handle the ongoing protests throughout the state, the agency announced that 79 people were arrested Tuesday night after a McDonald's glass doorway was shattered and the county courthouse was vandalized.

In the statement, ASP said that the individuals were arrested with the help of nine federal, state and city law enforcement agencies.

ASP called the arrests a "crackdown" that was authorized in the executive order signed by Governor Asa Hutchinson that also issued a state of emergency in Arkansas.

Just after 8 p.m. in front of the Capitol, about half of the group of protesters dispersed and left. However, the group that remained, proceeded to walk across Interstate 630 to the Governor's Mansion where Governor Hutchinson resides on Center Street.

There, protesting remained peaceful as a heavy police presence stood.

The protesters then walked back toward downtown, where, according to ASP, "a glass doorway at the McDonald’s Restaurant near 7th Street was shattered by an unidentified person among the group."

By 10:30 p.m., the 79 arrests were made also as police believed the group to be responsible for vandalism at the Pulaski County Courthouse located in downtown.

"Law enforcement officers assigned to the unified team converged on the group near the Broadway Bridge and began making arrests," The Arkansas State Police said in the statement.

ASP also said that two of those taken into custody were carrying pistols, with one having attempted to conceal the gun before being arrested.