LITTLE ROCK, Ark. — The City of Little Rock said the Court's ruling did not take into consideration the fact that Starks has not accepted responsibility for Blackshire's death.

Khayyam M. Eddings and attorney Michael S. Moore, who have served as the city’s attorneys in the case, said in a statement sent out on Thursday afternoon that "on behalf of the City of Little Rock, we respectfully believe that the Court erred."

On Thursday, Starks was ordered to be given his job back after a Pulaski County Court Judge ruling. The court found that Starks' 30-day suspension and the salary reduction is the only appropriate punishment.

The city's attorneys said the Court found that Officer Starks "made several non-emergency decisions," and that those decisions had "serious and substantial consequences." The consequences being Bradley Blackshire lost his life.

The city also argues that however, the Court did not take into considering the mitigating factor that Officer Starks "steadfastly refused to accept responsibility," of his decisions that lead to Blackshire's death.

The city plans to appeal the Court's decision of their findings and will ask the court to stay the order which reinstates Starks. 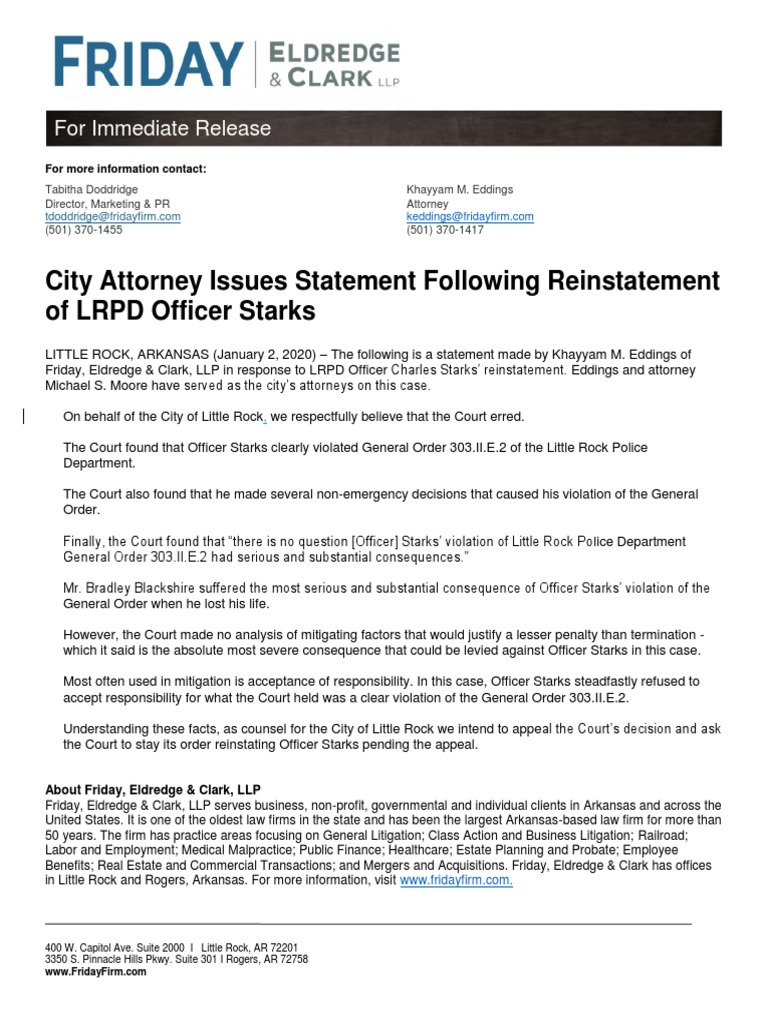