What once was a golf course is now being used for a different type of golf. 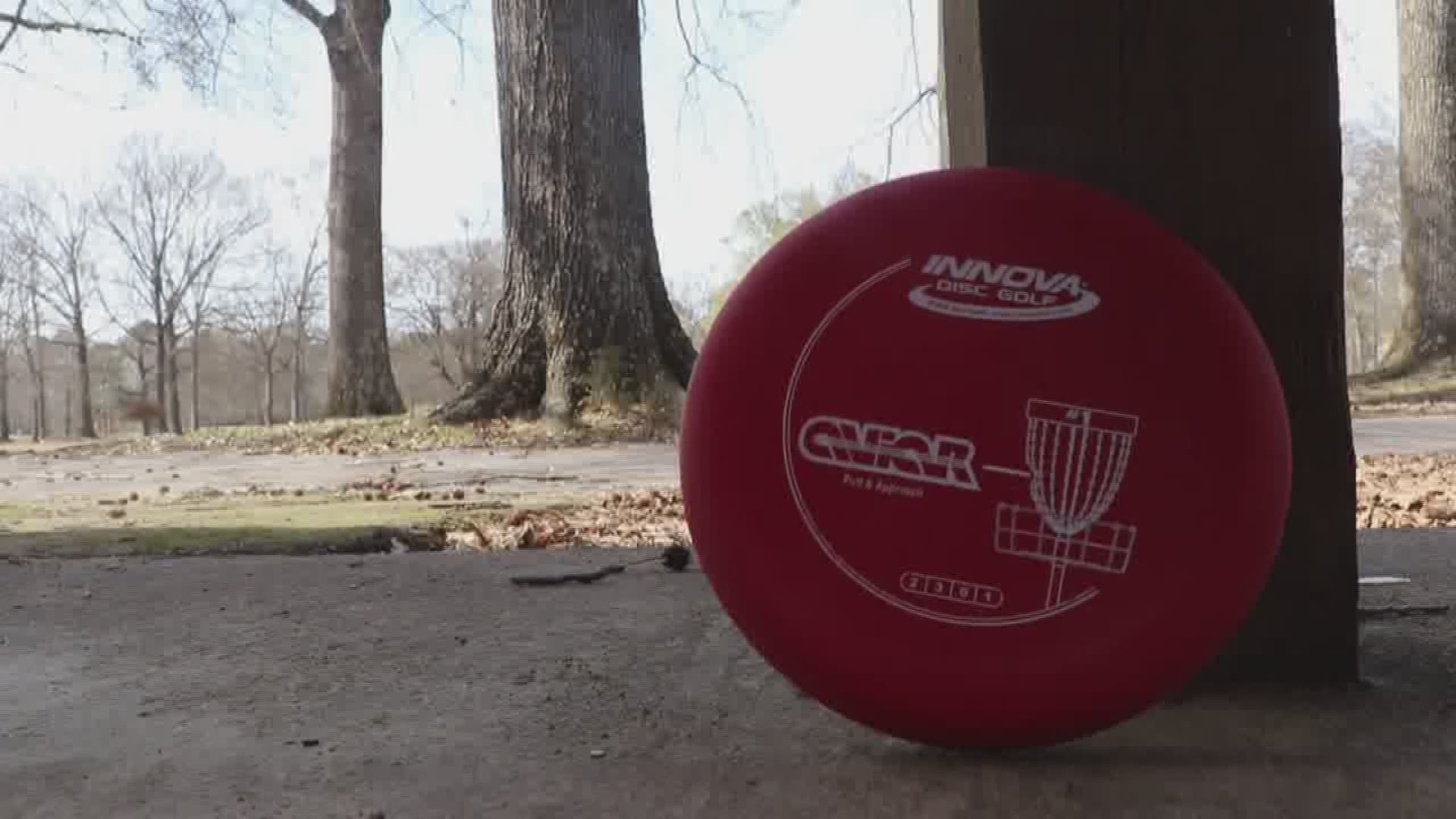 LITTLE ROCK, Ark. — What once was a golf course is now being used for a different type of game.

Instead of a club and a ball, it's your hand and a frisbee.

Michael Morris, Perks and Re-Creation Disc Golf Designer, said it's all about getting out into nature.

"We've got a beautiful state and we want more reason to get out there and enjoy it," he said.

One-third of what used to be the Hindman Park Golf Course is now taken over with discs and baskets.

"When they closed down the golf course out here, they wanted to re-utilize the space in a positive manner, we suggested disc golf," Morris said.

He said after a year-long process of working alongside the city and the parks department, it all came to fruition at the end of February.

The two 18-hole courses, known as East and West, shine a spotlight on what Morris calls one of the crown jewels of Little Rock.

"Anybody who comes out here can just see how gorgeous the land is," he said.

The wide-open space now home to players of all ages trying to get the fewest shots to land the disc in the basket.

A sport Morris said you don't need any prerequisites for.

"Anyone can pick it up. It's really easy and approachable," he said.

Morris said the two technical and challenging courses almost form a heart shape, which allows players to start and end at the same point.

"They complement each other well. One is more open for big long shots & another is tight tree play," he said.

Morris said Perks and Re-Creation want people to become more aware of this fast-growing sport that allows you to soak up the fresh air and sunshine.

"We just love the sport," he said.

With a $0 price tag, Morris said they hope to see disc golf courses expand in Arkansas and hopefully fit in Mayor Scott's plan to re-shape the city's parks.

"This is another attention-getter, another reason to go there, another thing to do," he said.

The plans for the rest of the golf course are still unknown.

Morris said Perks and Re-Creation is trying to make the sport approachable and more accessible for everyone.

They will hold their first pop-up on March 28, where they bring disc golf to you, and they plan to do these once a month.

Time and location will be revealed two weeks before each pop-up.

You can stay up-to-date with those details here.