Little Rock Black Officers Association: We stand behind the chief

The Little Rock Black Officers Association released their own statement standing with Chief Keith Humphrey after new allegations against him arose this week. 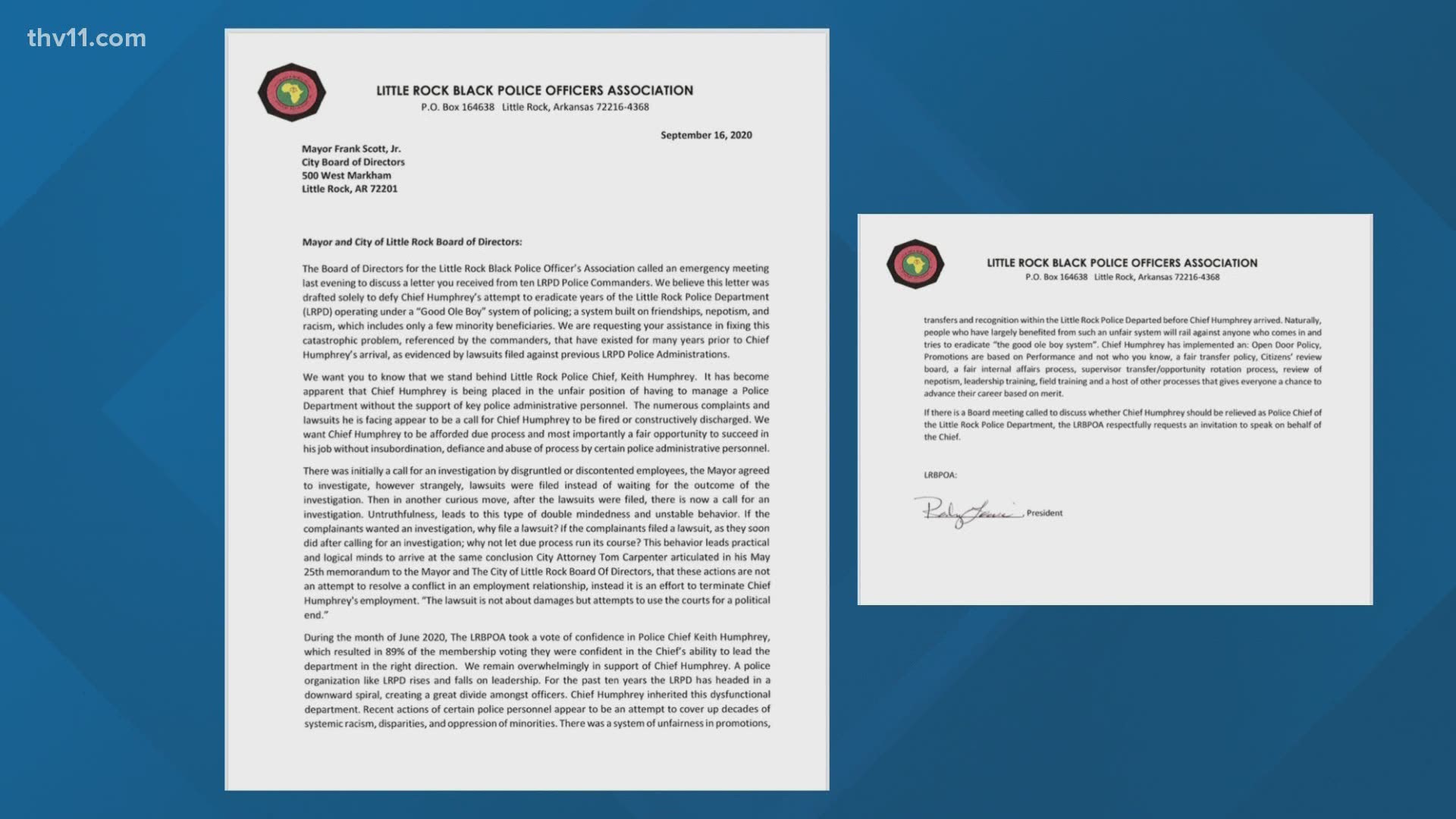 In reference to the letter from the command staff, the Little Rock Black Officers Association released their own statement standing with the chief, saying that the letter sent by the captains and assistant chiefs was an effort to defy Chief Humphrey's "attempt to eradicate years of the Little Rock Police Department (LRPD) operating under a "Good Ole Boy" system of policing; a system built on friendships, nepotism, and racism, which includes only a few minority beneficiaries."

In the command staff's letter, they claimed that the chief refuses to communicate with them about the "toxic, hostile and dysfunctional work environment" under his leadership, and that there have been several attempts to address the problems directly.

The LRBOA also requested the Mayor and Little Rock Board of Directors to address the "catastrophic problem referenced by the commanders" that they said has existed years before the current chief took his position.

"A police organization like LRPD rises and falls on leadership. For the past ten years the LRPD has headed in a downward spiral, creating a great divide amongst officers," the LRBOA letter continued.

Chief Humphrey is currently involved in six active lawsuits involving officers within the LRPD, with new allegations sparking the letters calling for the Mayor and board of directors to intervene.