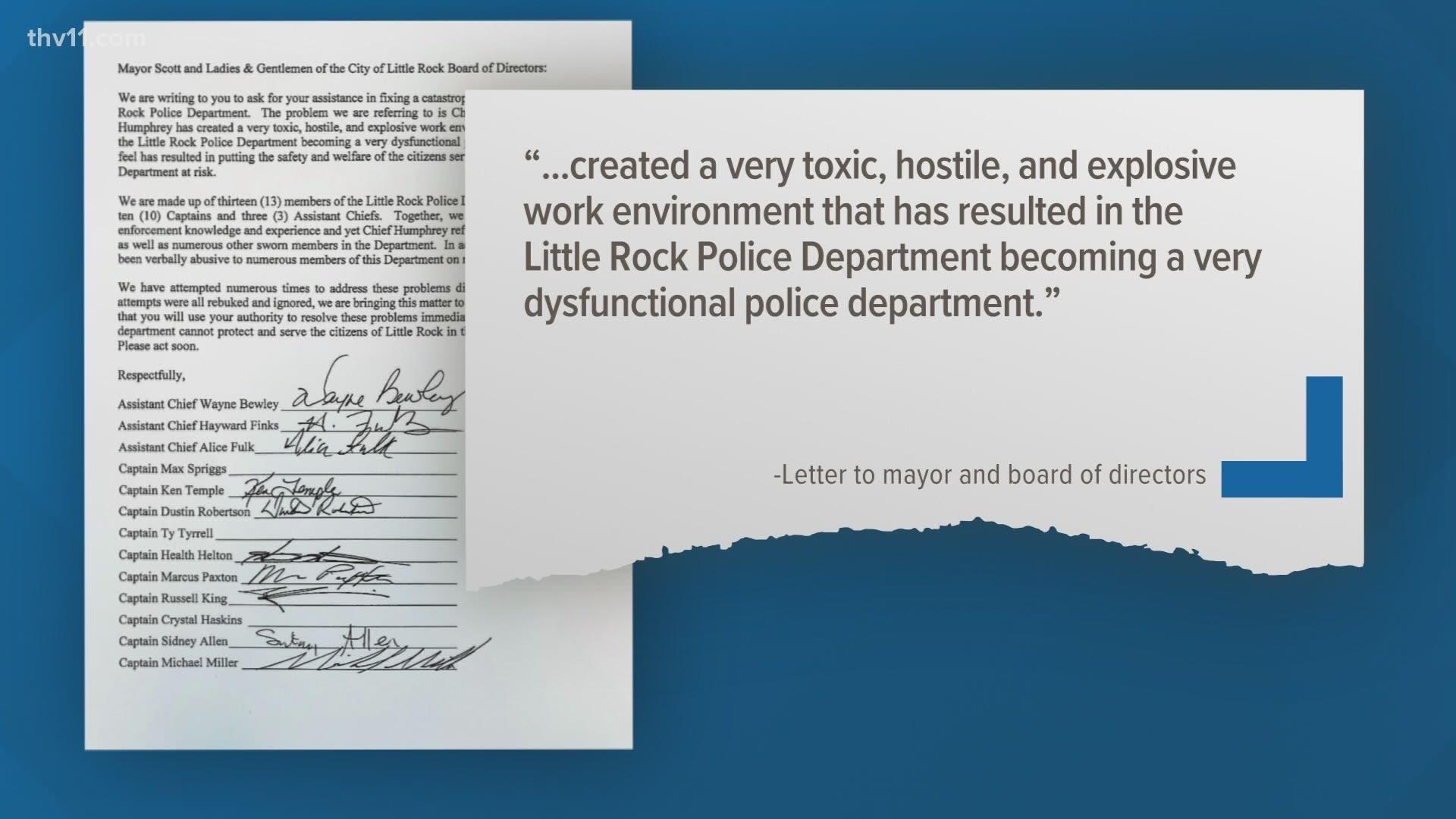 LITTLE ROCK, Ark. — Ten Little Rock police captains and three assistant chiefs wrote the Little Rock City Board Tuesday to "address the problems" caused by Chief Keith Humprey, according to the letter sent to the city board along with Mayor Frank Scott Jr.

"We are writing you to ask for assistance in fixing a catastrophic problem within the Little Rock Police Department," the letter begins.

The 13 members are a part of the command staff at the department who say that the chief refuses to communicate with them and there have been several attempts to address the problems directly.

"However, since all of these attempts have been rebuked and ignored, we are bringing this matter to your attention. It is our hope that you will use your authority to resolve these problems immediately."

The letter comes a day after new allegations were filed against the chief by two LRPD officers who say that their involvement in a lawsuit that was filed on May 5, 2020, has led him to retaliate against them.

RELATED: New allegations against Little Rock police chief from his own officers