In the final month of state takeover, LRSD grinds toward resolution of big issues

The State Board of Education signed off on a broad framework for the return of local control amid accusations of "micromanaging." 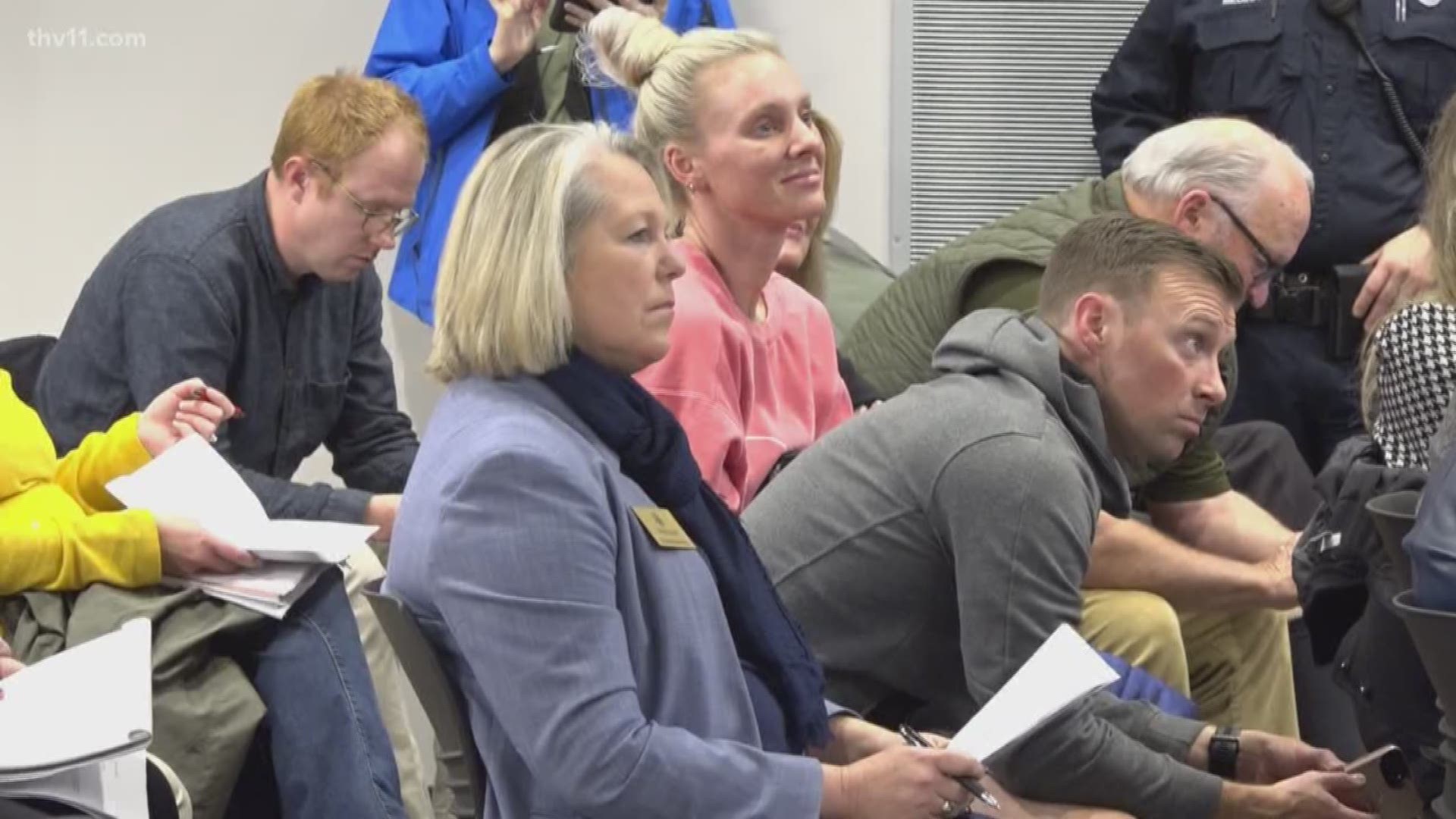 LITTLE ROCK, Ark. — A calmer State Board of Education (SBOE) meeting Thursday produced a broad outline for how local control of the Little Rock School District will work when the five-year state takeover ends next month.

The board passed a motion to install a nine-member locally elected board next November, but as long as some schools in the district continue to be considered failing, that board will still need state approval on three issues.

They won't be able to fire the superintendent, they can't sue the state, and they can't reinstate a teachers' union to collectively bargain.

Education secretary Johnny Key said he will approve the attendance zone plan recommended by the Community Advisory Board that turns Hall High School into a magnet with a STEM focus. But then the board said all the teachers at Hall will now have to reapply for their jobs, angering members of the #OneLRSD group that has loudly opposed the state takeover.

"This sets up the perfect scenario for the Hall principal to fire the teachers he doesn't want or like and keep the ones he does," said Teresa Knapp Gordon, president of the Little Rock Teachers Association, which lost collective bargaining recognition last month.

"It's more upheaval and micromanaging and now all those teachers are facing this at this time of the year."

Board member Dr. Sarah Moore proposed the staffing changes and sought a similar plan at the soon-to-open Southwest High School, but it lacked support from the board after superintendent Michael Poore said the district was already moving in that direction.

"We're not dictating who is hired," said Dr. Moore. "We're just saying that principal under this new model has the ability to hire and train teachers that will best serve students under this new magnet model."

Three members of the audience had to be escorted out of the auditorium in the wake of the Hall staffing vote. One person angrily confronted Dr. Moore on the board and then in the lobby after the meeting adjourned.

Other issues remain up in the air, including the Memorandum of Understanding between the state and the new local board that will spell out which schools will be part of the Community Schools model proposed by Little Rock mayor Frank Scott Jr. Superintendent Poore and Jay Barth, the mayor's newly appointed chief of education, will travel to Shreveport, La., to tour a community school set up there.

There will be no changes to the Community Advisory Board (CAB), which for now is staying at 6 members, with hopes to add a seventh to fill a vacancy early next year.

Key also put off discussion of election zone boundaries for the new school board since there had been no new discussion since three proposed maps were offered last month.