Some high school students in the Little Rock School District are planning a "sick out" day to stand in support of their teachers. 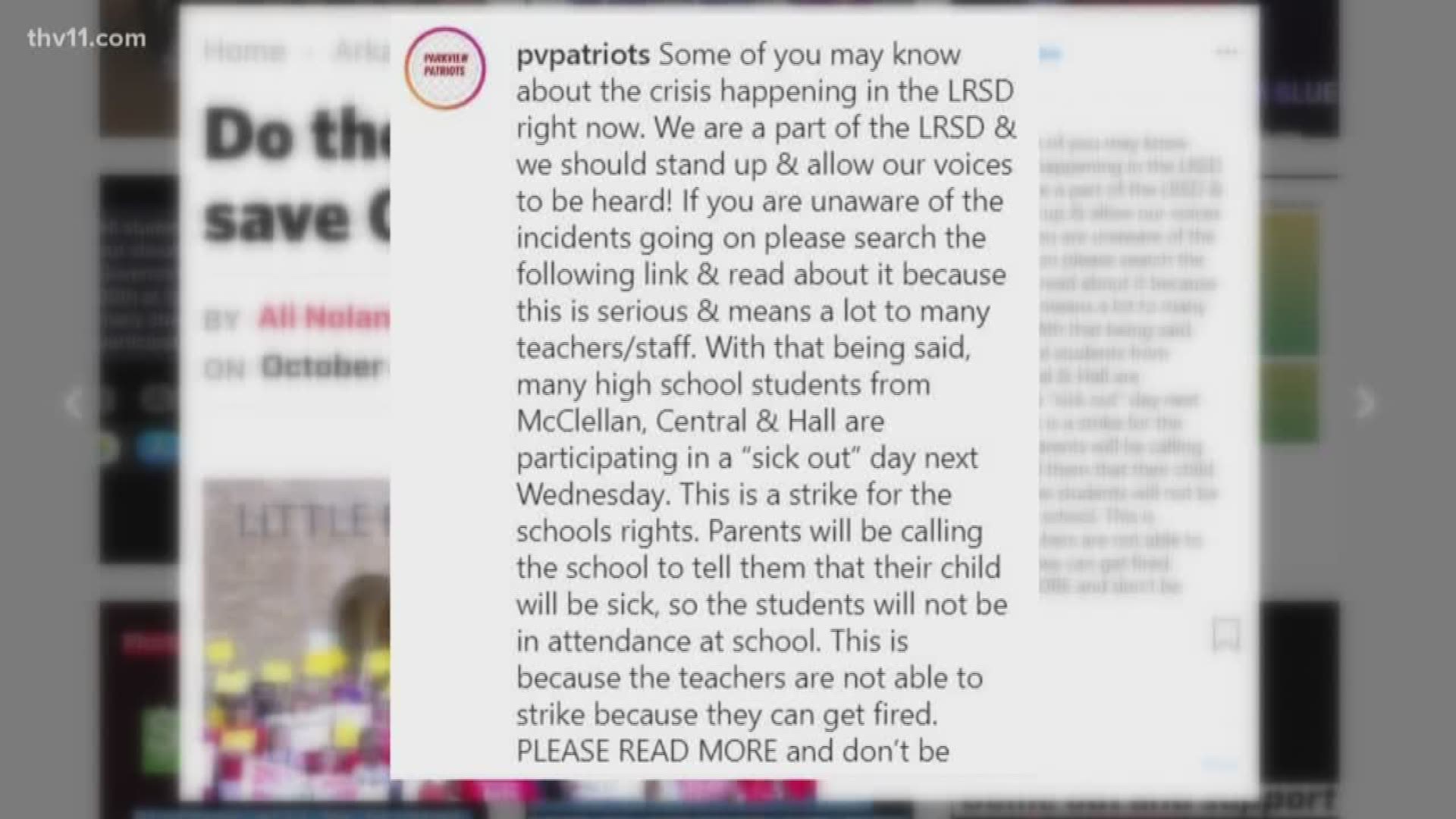 LITTLE ROCK, Ark. — Some high school students in the Little Rock School District are planning a "sick out" day to stand in support of their teachers.

"It was something that was just going around," Diane Cooper said.

Morgan Peters and Diane Cooper are both seniors at Parkview High School. They say this Wednesday some high school students in the Little Rock School District are planning on having their parents calling in sick for them.

Cooper said this is all in support of their teachers.

Peters is the Parkview student body president. Thursday she posted about the "sick out" on Instagram from Parkview's school page. It has since gained attention from hundreds of students and parents from other schools.

"A lot of people are on board. Especially around the LRSD, not just specifically Parkview. We've been getting the most feedback from Central, McClellan and Hall," Peters said.

Below is Superintendent Michael Poore's statement on the student planned walk-out:

"Obviously, student voice is important, there's a lot of ways that student voice can be used," Poore said. "We want to have kids in school and participating in the educational environment, that's what we have to be about."

He said students could get in trouble.

"We have policy that governs what we do with either students or staff and we do have to follow that," Poore said.

Both Peters and Cooper say they were nervous about calling in, but they say it is important to stand with their teachers.

"This is heartbreaking and seeing their reactions and hearing some of their stories about how they feel, I just really feel bad," Poore said.

During the sick out, Peters said students will meet in front of Gov. Asa Hutchinson's office at 1 p.m. Wednesday to ask him questions about the return to local control and the teacher's union.