New allegations against Little Rock police chief from his own officers

Two officers claim that Chief Keith Humphrey is retaliating for their involvement in a lawsuit against him. 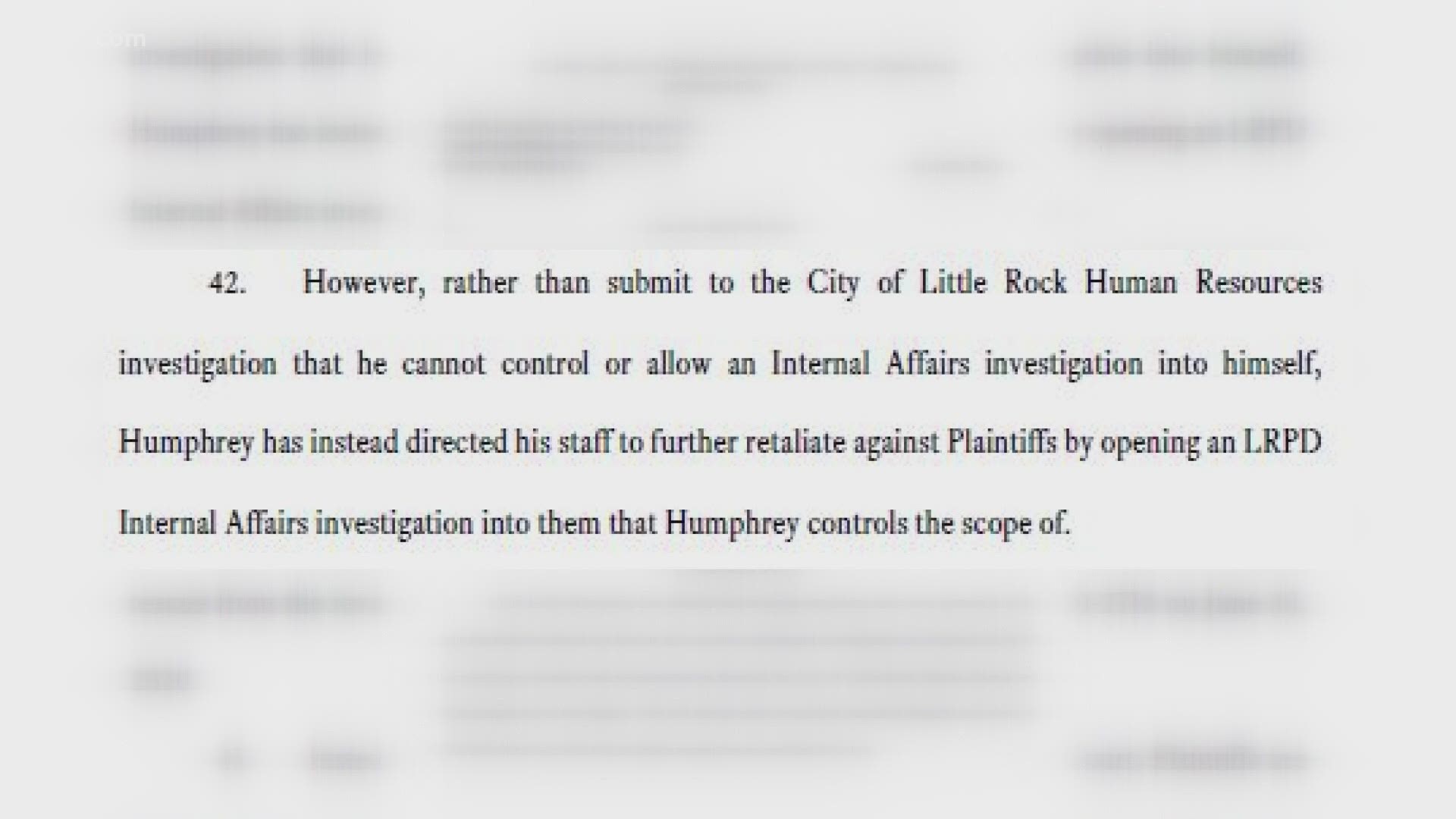 The allegations are from two LRPD officers, Rusty Rothwell and Christopher McCauley.

They claim that their involvement in a lawsuit that was filed on May 5, 2020, against Chief Humphrey has led him to retaliate against them.

Attorney Degen Clow represents the officers. He said this lawsuit is specifically to review their personnel files.

The Little Rock Police Department still has not complied with the lawsuit's request to allow the officers to view their own files.

On September 7, Rothwell and McCauley were relieved of duty for allegedly mishandling line-up photos in a recent case, something the officers say is not true.

The officers believe Chief Humphrey is retaliating for their involvement in the May lawsuit.

The new complaint to their suit states: "Humprey has directed his staff to further retaliation against Plaintiffs by opening an LRPD internal affairs investigation into them that Humphrey controls the scope of."

The officers also allege Chief Humphrey relieved them of duty despite listening to recommendations from the chain of command and without speaking to any witnesses in the matter.

"At this point in time, they've done nothing wrong, and Internal Affairs will show that," says the officers' attorney, Degen Clow.

Right now, the Chief has six open lawsuits against him from staff within the Little Rock Police Department.

Clow and his law firm are handling 4 of those.

We have reached out to LRPD to hear from Chief Humphrey.