The process of the artwork took about a week with the design inspired to educate and acknowledge these issues. 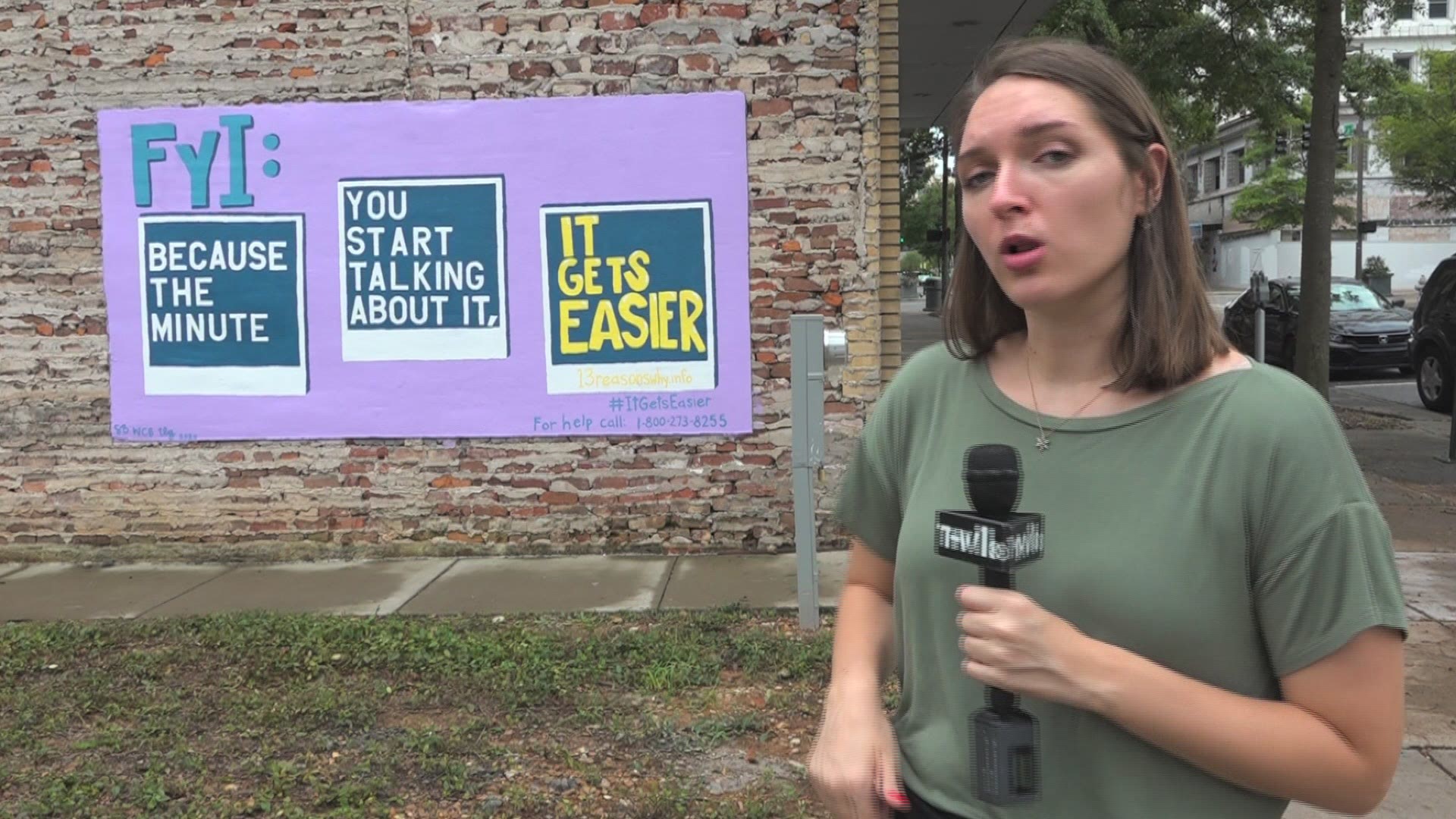 LITTLE ROCK, Ark — In 2017, Cade Bethea says he started experiencing mental health problems. It's something he struggled with silently.

"I literally felt like I was Frankenstein or like a zombie almost. I did not understand what was going on inside my head," said Bethea.

That's until the Netflix series 13 Reasons Why started streaming.

"That's the first place where I realized that other people are feeling the same way I'm feeling and it's okay to talk about it. It's an actual thing people go through," said Bethea.

The process of the artwork took about a week with the design inspired to educate and acknowledge these issues.

"Suicide, unfortunately, is the leading cause of death not only across the world but right here in Arkansas," said Tyler West, an American Foundation for Suicide Prevention Board of Director.

"So, it's important that we make an effort to reach out to those we love and care about and let them know that we are still here," said West.

Cade hopes anyone who passes by the mural will feel the meaning behind the message.

"If you see this and you are having a hard time, one, you should absolutely know you are not alone, and two, to feel less alone you have to talk about it, and in talking about it, it will get easier."