We have made every effort to cut unfilled positions where possible, but 258 of the affected positions are currently occupied. The employees whose jobs are being eliminated are being notified today. 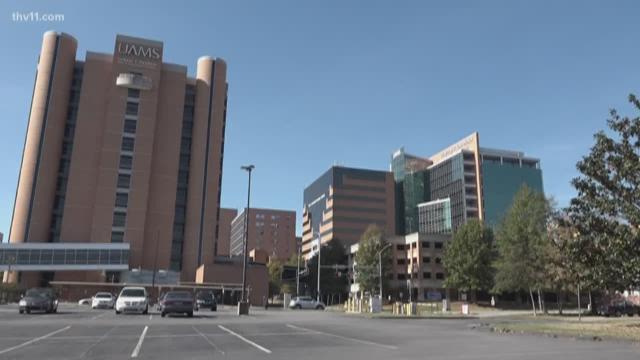 Leslie Taylor, UAMS Vice Chancellor in the Office of Communications and Marketing, released the following information to THV11:

“Like other academic medical centers around the country, UAMS has had financial challenges for many years but has always made up for any shortfall by using reserve funds. However, we are depleting our resources and cannot continue to do that and sustain UAMS into the future.

UAMS is important to the health and economy of the state of Arkansas. It is the state's largest public employer with 10,900 employees working in 73 of our state's 75 counties. It has an estimated annual financial impact on the state of $3 billion a year.

UAMS physicians provide care to patients at UAMS, Arkansas Children's, the VA Medical Center, and clinics throughout the state. UAMS' colleges produce the majority of physicians, pharmacists, researchers, nurses and other health professionals practicing in Arkansas, and it partners with other providers and state and federal agencies to staff and manage programs where there is a need. However, UAMS, unlike other state universities, does not receive the majority of its funding from the state. It is dependent on its hospital and clinics to cross-subsidize its research and education missions and provide 77 percent of its funding.

Over the last several weeks, UAMS leadership has been conducting a comprehensive review of all programs to identify cost savings and make adjustments. However, personnel is our largest expense and we have come to the extremely painful realization that we can't meet our budget without also eliminating jobs. We have no choice but to reduce our workforce by about 600 positions. We have made every effort to cut unfilled positions where possible, but 258 of the affected positions are currently occupied. The employees whose jobs are being eliminated are being notified today. Human Resources representatives will also be reaching out to them to provide services to assist them in finding other jobs.

This is a very difficult decision. These positions are not being eliminated because of performance issues but simply because we do not have the money to fund everything we have in the past. We are very grateful to the colleagues who are leaving us for their many years of service to UAMS and our state.”