Protests are continuing throughout the state of Arkansas for the 11th day as part of a nationwide protest following the death of George Floyd. 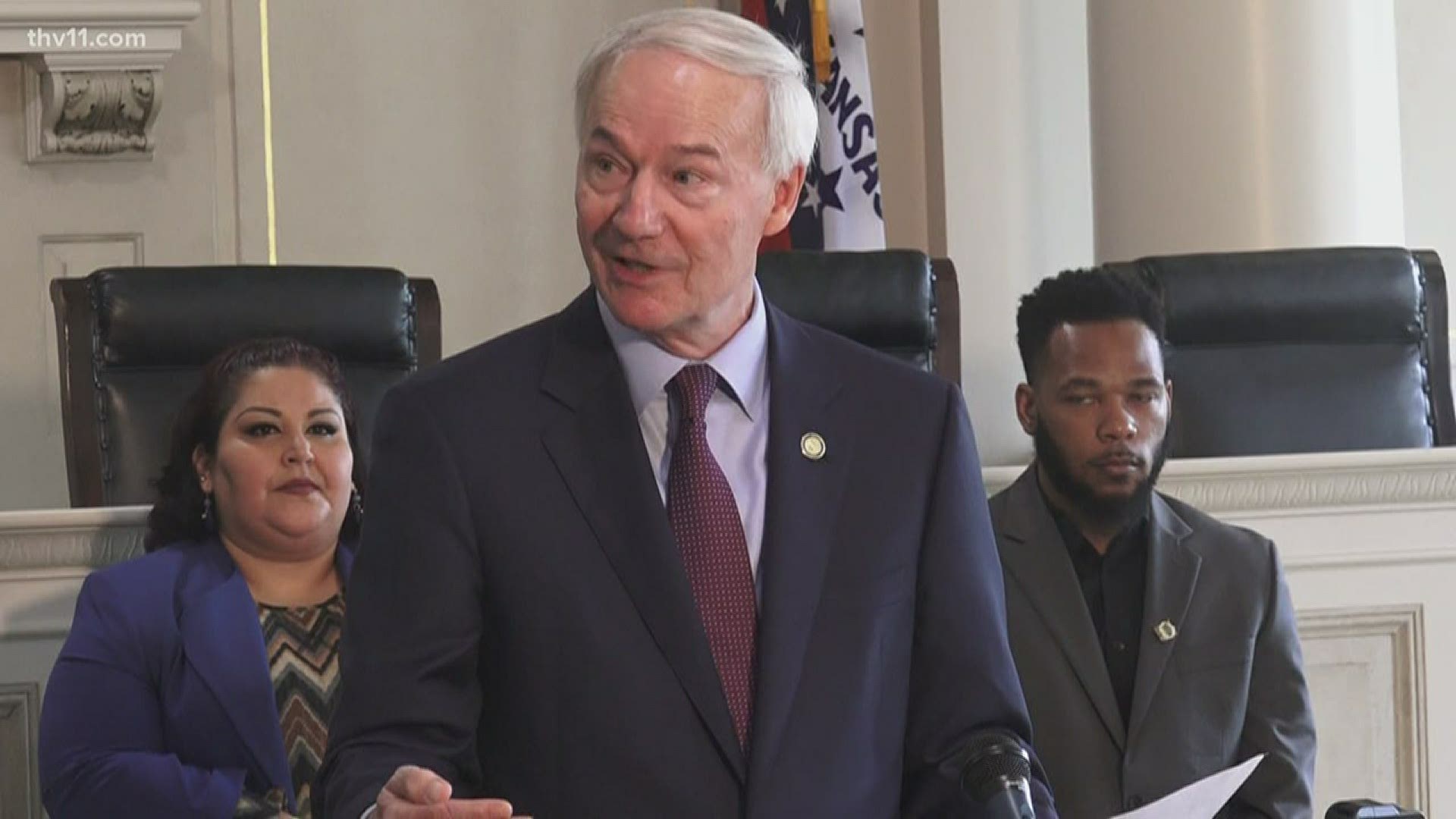 LITTLE ROCK, Ark. — Protests are continuing throughout the state of Arkansas for the 11th day as part of a nationwide protest following the death of George Floyd.

All Sunday afternoon, protesters have gathered at Little Rock Central High School, where activists and the public share ideas and solutions, including a town hall discussing police reform throughout the state.

Last week, Gov. Hutchinson met with the Arkansas protest organizers. He said they discussed how the protests have been handled, the police response, and concrete steps that should be taken.

Gov. Hutchinson announced he is signing an executive order to begin a task force to advance the state of law enforcement in Arkansas.

"With the death of George Floyd, the trust of law enforcement has been undermined," Gov. Hutchinson said. "I've visited with protest leaders and that remains the theme in our discussions. The protest leaders have been very genuine and dedicated to wanting change."

They will study the standards of training and recruitment and will make recommendations to the governor. They will make a final report by Dec. 31, 2020. The task force will be finished when that report is given to governor.

One member, Jimmy Warren is a key player on the force. He's a community activist out of Conway.

His letter to Governor Hutchinson came with many proposals to achieve change.

Some of those include that  all officers should complete implicit bias, cultural competency, and deescalation training within 6 months of employment.

In the letter he suggests Arkansas exhaust all funding and grant opportunities to ensure all officers have access to body cameras.

"We should create legislation if those body cameras are covered up or if officers choose not to wear them," said Warren.

Gov. Hutchinson wanted to be clear that he supports law enforcement and there will not be an agenda item to defund the police. He's spoken with the task force and this is not to take away from law enforcement but to better train them.

The governor said Arkansas's law enforcement standards were brought about 45 years ago and since that time, there has not been an full review like this.

Gov. Hutchinson announced he will hold a news conference this morning at 11 a.m. on the establishment of a task force to advance the state of law enforcement in Arkansas.

Mayor Scott announced the city of Little Rock will be lifting the curfew. The mayor also said he asked Gov. Hutchinson to reduce police and National Guard presence in Little Rock. He said the National Guard will go back to their normal duties and the Arkansas State Police will be reduced.

The governor agreed to the mayor's requests, but "EO will remain in place."

"We are modifying our use of force policy, including the name," Chief Humphrey said. "We are going to have a duty to intervene rule added to that policy. We need to have a clear cut word that provides our officers the need to intervene when they see something that is not right."

The chief announced he and his staff and are going to create a Triple C Team. It's a constructive creative criticism team and will include some community members and former inmates. It will be based on a diverse constructive conversation.

LRPD arrested six individuals Sunday night, all relating to traffic warrants. Humphrey said there were not any arrests related to damage, vandalism or violence.

In a press conference, Mayor Scott said the killing of George Floyd has shown a light to have accountability and transparency between city governments and people.

He said body-worn cameras for the Little Rock Police Department will go before the Board of Directors on Tuesday, June 9.

The mayor also announced the names of residents who will participate in a comprehensive, independent review of the Little Rock Police Department.