A local artist will create a mural over a hateful message spray-painted on the side of a Fayetteville building. 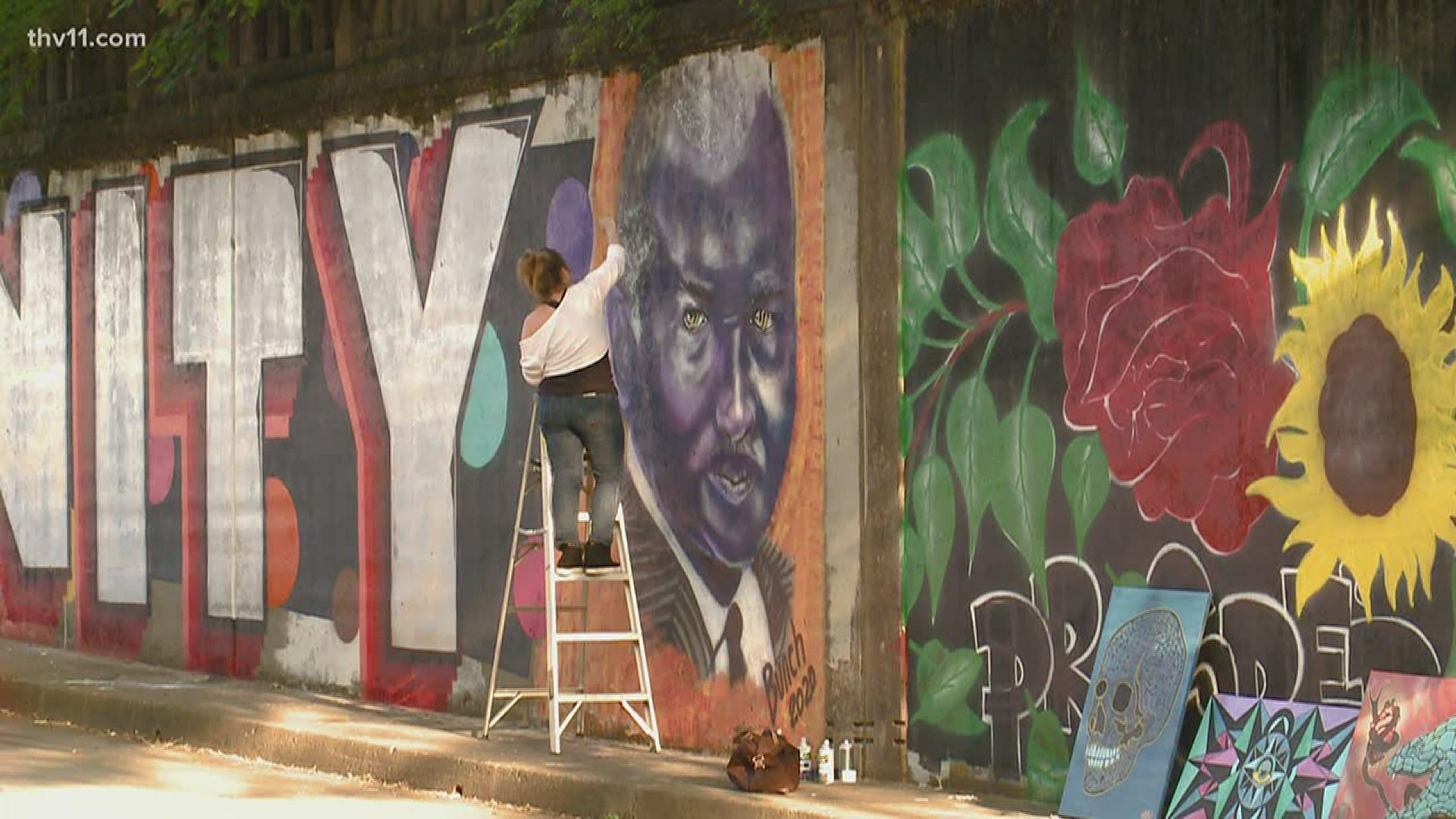 FAYETTEVILLE, Ark — A local artist will paint a mural over a hateful message that was spray-painted on the side of a Fayetteville building.

Matt Garner who works across from the building on MLK Boulevard in Fayetteville saw someone graffiti "white pride" on the side of the building early Thursday (July 23) morning.

He posted to a Facebook community group to let people know what had happened. That's when local artist and the creator of #RepaintHate Olivia Trimble saw it and decided to investigate.

Trimble has repainted over past hate speech that has shown up within the community.

She tracked down the owners of the building who she says were about to repaint over the "white pride" message. She asked them if they would allow her to put a block of white over it for now and then she would paint a mural over it.

They agreed and Trimble will begin the mural Friday (July 24) to permanently cover the hateful graffiti.

She says the new painting will be text style and will have a saying that she says will be positive and let people know what Fayetteville is truly about.

Trimble hopes to have it complete by early next week.