"Scenes to me, as an investigator, they're scenes, but that night there was something different and it was one of my own," Police Chief Matthew Edwards said. 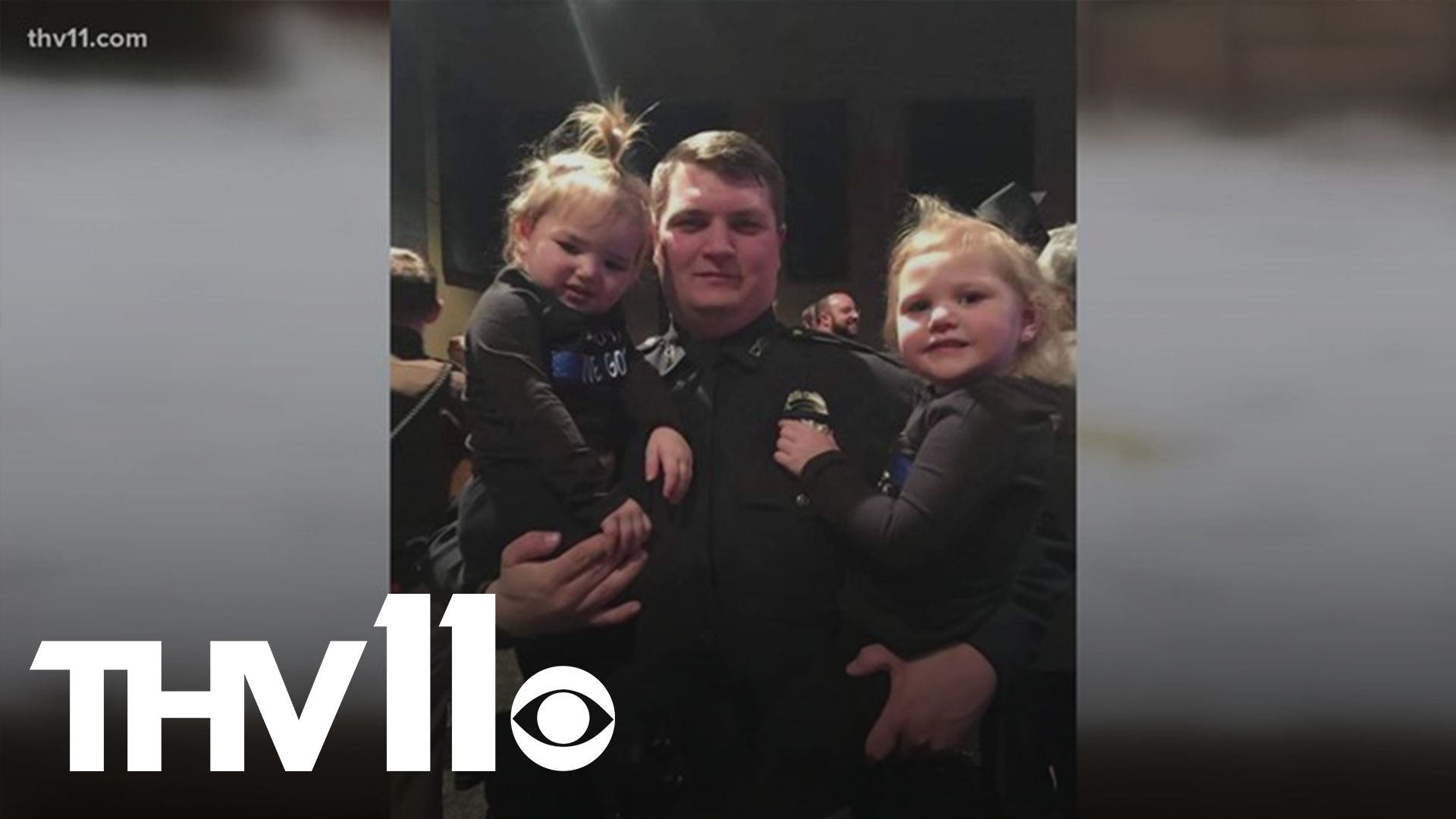 LONOKE, Ark. — A Lonoke police officer shot in the line of duty over the weekend is expected to make a full recovery, but this shooting has left his colleagues very shaken up.

It all started in a McDonald's parking lot where two Lonoke officers recognized a truck that was connected to a child abduction case from North Carolina.

Now days later, with the suspect dead and the 14-year-old girl home, Police Chief Matthew Edwards said the officers involved are not only recovering physically, but mentally.

"Our department is going through a lot right now. I'm doing the best I can as their leader to guide them in the direction they need to be," he said.

It's a situation Police Chief Matthew Edwards prays daily about. An incident he hoped his department never had to go through.

"Scenes to me, as an investigator, they're scenes, but that night there was something different and it was one of my own," he said.

That night was Saturday, Feb. 20, when Edwards got the news one of his officers, Cody Carpenter, had been shot multiple times.

He learned that Carpenter and a fellow officer were approaching a car when they recognized William Ice, a man wanted in connection to the abduction of a North Carolina girl.

According to Edwards, days later, the father of two is recovering and in high spirits.

"When I responded to the scene that night and opened up the ambulance doors and heard his voice, I knew that he was going to be okay. It was just a bittersweet sound," he said.

Ice was chased down by the Arkansas State Police and later died from a self-inflicted gun shot wound.

This tragedy, so close to home, sparked a realization for Chief Edwards as the 14-year-old safely made her way back to her family.

Chief Edwards said he is going to start working with the schools to start a program where they can help educate students on the dangers of human trafficking.

As for the investigation, the Arkansas State Police will turn over the case to the Lonoke Prosecuting Attorney, who will determine if the use of deadly force by the officer was justified.