A Black militia group has announced plans to come to Louisville July 25, while LMPD said counterprotesters have announced their intention to come. 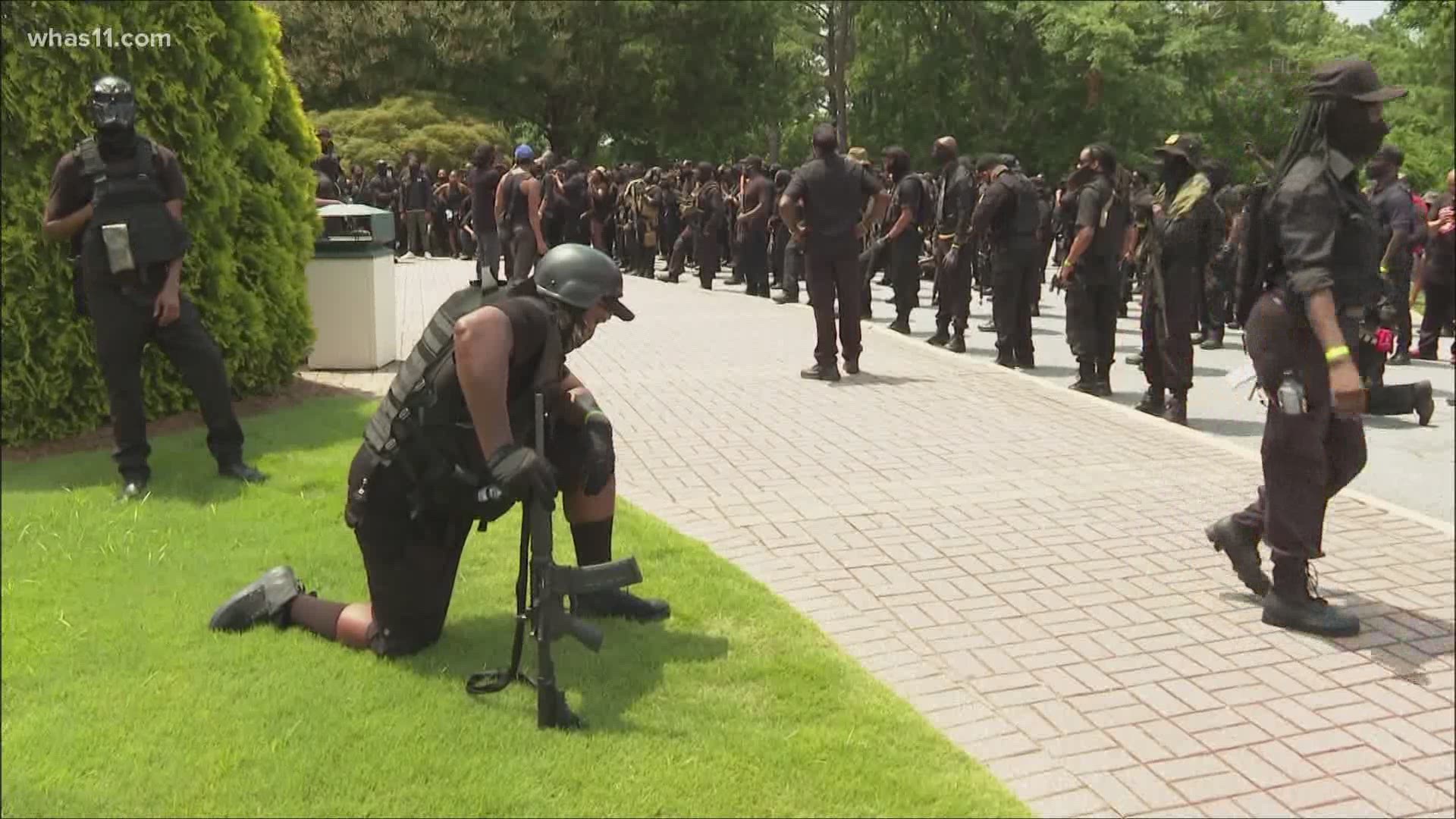 LOUISVILLE, Ky. — Police are preparing for the weekend after multiple groups have announced plans to protest in Louisville on Saturday.

“We expect nothing but a peaceful protest this weekend,” said Major Aubrey Gregory with LMPD.

LMPD said it will increase visible police presence in the area, and said officers will use bike rack barriers to keep opposing protesters separated on 5th Street.

“Both are exercising their first amendment rights to express those viewpoints, but we're going to try and keep them separated on both sides of fifth street," Major Gregory explained.

A Black militia group, Not F***ing Around Coalition, has announced plans to participate in a formation Saturday. They wear all black and are armed with guns.

“I welcome them, that don’t intimidate me,” said Rosie Henderson, who has spent her days at Jefferson Square Park since the start.

Henderson told WHAS11 News she is happy to see this movement continue to get national attention, but as the Black militia comes to town, she wants to make sure they embrace all of those looking for justice in Breonna Taylor's death.

“Our white allies are going to be right there marching with us. 502 is standing strong, united, together,” she explained.

“He's told me that it's going to be a peaceful protest, that they have no intention of causing damage or being violent, he wants to come to town, he has a message he wants to get out, he wants some answers.”

Metro Council President David James said he has been in contact with the group's leader, as well as facilitated a conversation between the leader and Attorney General Daniel Cameron's office.

James did say that while he fully anticipates the demonstration to be peaceful, he said counter protesters are a cause for concern.

"I just think that the potential for something to go wrong is there. I don't care what group it is," he said. "My issue with that going wrong isn't necessarily with the group that's protesting at the time. It's with the counter protesters that causes me more concern."

LMPD said it remains "committed to peaceful expression of views under the First Amendment," saying there will not be police intervention as long as there is no threat to public or personal safety.

Henderson said she won't let any outside presence distract from or disrupt the mission protesters at Jefferson Square Park have fought for for months.

“At the end of the day they're coming here for a moment, and we're here forever,” she said.

Starting at 8 a.m. Saturday, LMPD will close down :

Louisville police previously shut down roads and created barriers after rumors of an "armed group" of counter protesters was coming to the city June 27. LMPD said protests that day remained peaceful after around 30 people gathered in Thurman Hutchins Park for a few hours but never came to downtown Louisville.