Mackrell said he put Fragstein in a chokehold, pulled her into the backseat, and she went limp. 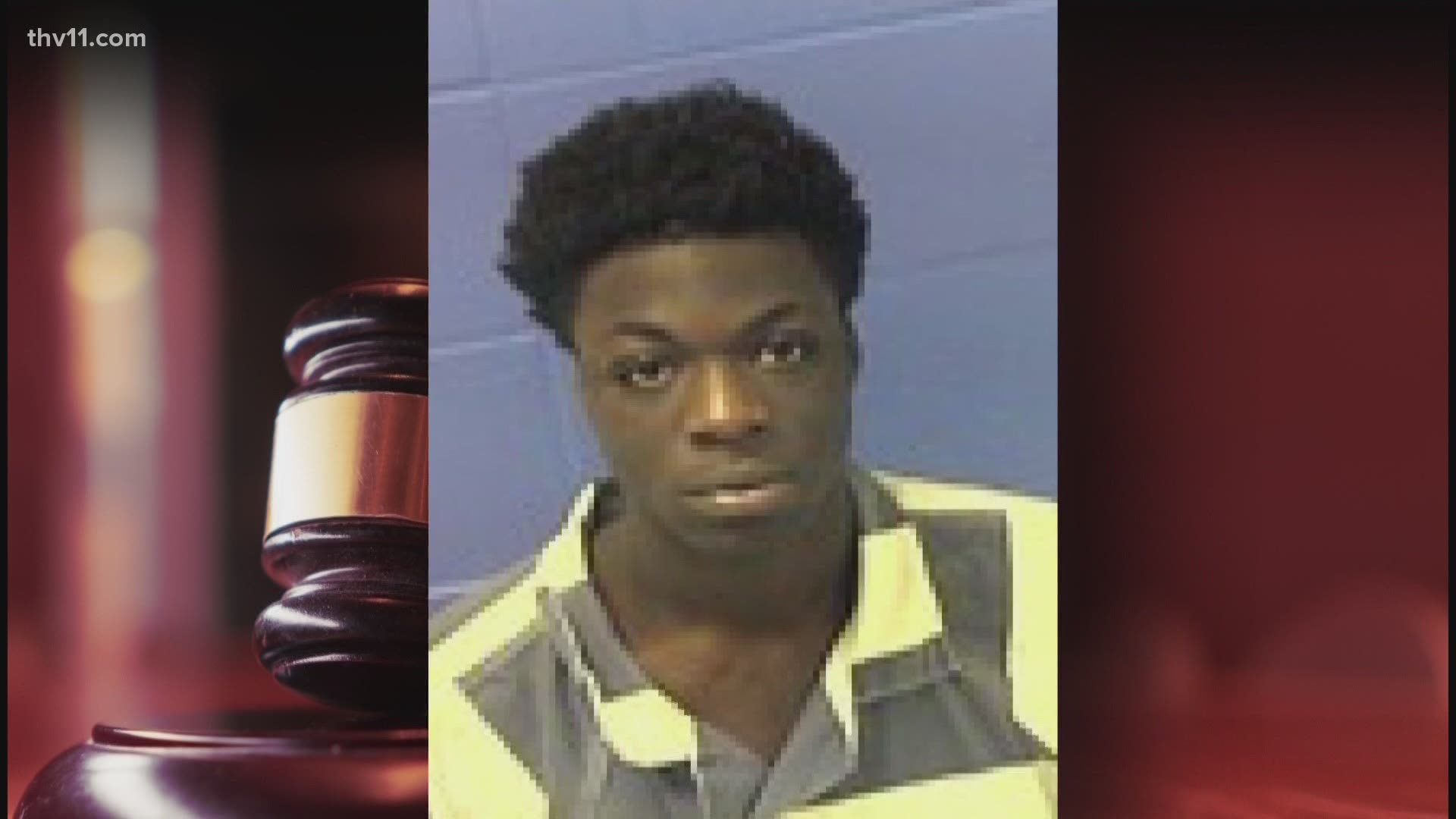 CONWAY, Ark. — As Tacori Mackrell sat on the witness stand inside a Faulkner County courtroom Wednesday, the 20th Judicial District Prosecuting Attorney showed him a photo of Elvia Fragstein and asked if it was the woman he abducted and killed.

Mackrell, who testified as part of his own defense, is charged with capital murder, kidnapping, aggravated robbery, and theft of property in connection to the abduction and death of 72-year-old Elvia Fragstein.

Fragstein disappeared from the Conway Commons shopping center during a routine shopping trip on July 7, 2018.

The defense called Dr. Melissa Wright, a psychologist and forensic examiner at the Arkansas State Hospital.

Wright diagnosed Mackrell, 20, with cannabis use disorder, PCP use disorder, and conduct disorder, which she described as a pattern of misbehavior that leads to impairment in function.

Wright determined Mackrell was fit to stand trial and that he could appreciate the criminality of his conduct, she testified.

During prior testimony, jurors heard audio of Mackrell telling investigators that a man with a gun forced him and Smith to abduct Fragstein.

During a 2019 forensic interview, Mackrell told Wright he lied about being forced to commit the crime because he was scared and “this is something serious," according to Wright’s testimony.

Defense attorney Bill James called Mackrell to the stand just after 11 a.m., and he shared what he said happened on July 7, 2018.

Mackrell told jurors he and Smith went to Conway with Robert’s mom who was going to play bingo.

Mackrell said they dropped her off at the bingo hall, he smoked marijuana and PCP, and they then drove to the Conway Commons shopping center to look around and talk to girls. Mackrell said there was no premeditated plan to steal a car that day.

During his sworn testimony, Mackrell said that as he saw Elvia Fragstein getting into the driver’s seat of her car outside TJ Maxx, he acted on impulse and got in the backseat behind her.

He told the jury he told Fragstein to give him the car, she said no, then he struck her in the head with his fist.

Mackrell said he put Fragstein in a chokehold, pulled her into the backseat, and she went limp. He then described tying the 72-year-old up with a belt as his cousin ran up.

Mackrell said Smith helped a little, but he ultimately told him to get out of the way.

Smith then drove his mom’s car back to the bingo hall, where Mackrell picked him up in Fragstein’s Honda SUV as she laid unconscious behind the driver’s seat, Mackrell testified.

Mackrell told the jury he rode in the backseat with Fragstein, hitting her several more times, as Smith drove to the area outside Pine Bluff where they dumped her body. He said Fragstein made no noises during the drive.

When asked why he lied to law enforcement, Mackrell said he was trying to keep himself out of trouble.

“I’ve had 27 months to take responsibility for what I’ve done and think about it,” he told the jury.

The defense rested its case at 4 p.m. Wednesday after calling a psychiatrist to the stand.

Closing arguments are scheduled to begin at 9 a.m. Thursday.