Sheriff: Interlachen man gets kicked by horses, has seizure before being mauled by dogs

Ronnie Charles went to check on his family's horses and ended up being kicked multiple times by them before having a seizure. He was then mauled by dogs, police say. 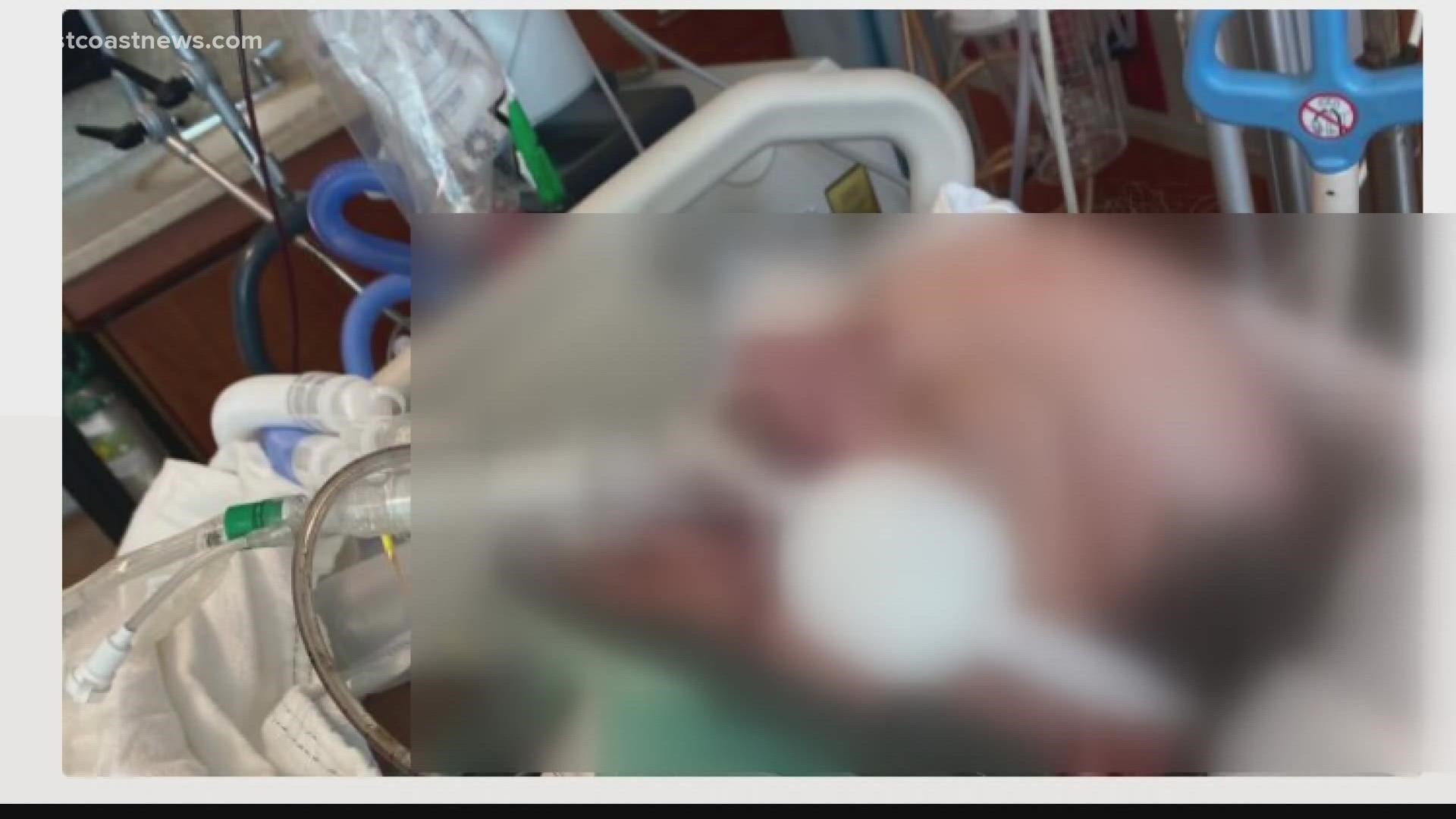 PUTNAM COUNTY, Fla. — Naked, severely bleeding and alone. It's the condition one man was found in late Thursday evening after being mauled by dogs in Putnam County, Florida.

But the dogs are not at fault, says the Putnam County Sheriff's Office.

Deputies say a woman heard a man and several dogs barking from her home on Thursday and began walking down Ellen Avenue toward the sound. She found a man crying for help with his legs severely mauled, deputies say.

She reportedly called 911 while another neighbor brought a blanket to cover the man, who had deep lacerations to both legs.

Deputies say the man was breathing but unresponsive when rescue units arrived. Deputies were unable to find the man’s clothing or wallet for identification. He was taken via air ambulance to a trauma hospital, deputies say.

Deputies reportedly found four dogs in a fenced-in yard on Bonnie Avenue and footprints in the dirt roadway between where the man was found and the dogs. Deputies say they also noticed blood on one of the dogs.

As deputies continued to look for information on the man’s identity, a missing person call was received by dispatchers for Ronnie Charles, 46, of Interlachen.

Deputies say Charles lives about a block away from the incident and was positively identified as the man who was flown to the hospital for treatment based on his tattoos.

During the investigation, family members told detectives that Charles left the home to check on horses the family owns at a nearby pasture. At the time he left, Charles said he was going to a friend's house, but never arrived at that location.

While checking on the horses, Charles possibly scared them and was kicked in the head more than one time. He then suffered a seizure. With additional injuries, disorientation and confusion, Charles removed his clothes and began walking home for help, deputies say.

Since he was disoriented and confused, Charles may have thought he was at his home or that he was attempting to get help when the dog attack happened.

On Friday, Charles' wife told First Coast News that he is in critical condition in the ICU of UF Shands in Gainesville with injuries to his carotid artery. He also is suffering from neck and head trauma, massive trauma to his legs and now has missing teeth. He was life-flighted to the hospital after the tragic attack.

Sadly, Charles had to have a finger reattached and needs skin grafts. His wife says the neighbor’s four pit bulls mauled him and demolished his legs, especially his calves.

He has been able to respond to his wife with light head nods and lifting one of his hands.

"Charles does not ever use drugs or alcohol," his wife told First Coast News. She says he is a great husband and dad to her and their two kids. Charles suffered a mass stroke back in 2015 that left him with seizures.

Based on the investigation, deputies determined that no crime occurred.

Deputies say the dogs were located inside a fenced in yard that did not allow the animals to roam freely outside the property, and there was no evidence of an attack outside the yard or in the roadway.

“At this time, it appears the dogs were doing what they were supposed to do and that was protect the property and homeowner, who is elderly,” said Sheriff H.D. ‘Gator’ DeLoach.

“It was unfortunate that Mr. Charles suffered the injuries he had as he was clearly not coherent and due to the proximity of his home may have thought he was walking to his residence. We are praying for a speedy recovery.  However, we cannot fault the dogs for doing their job.”

Charles' family has set up a GoFundMe to help with his medical expenses. Click here if you would like to donate.