Neighbors are rallying together to make sure one man feels at home despite the racist letter about his Christmas decorations. 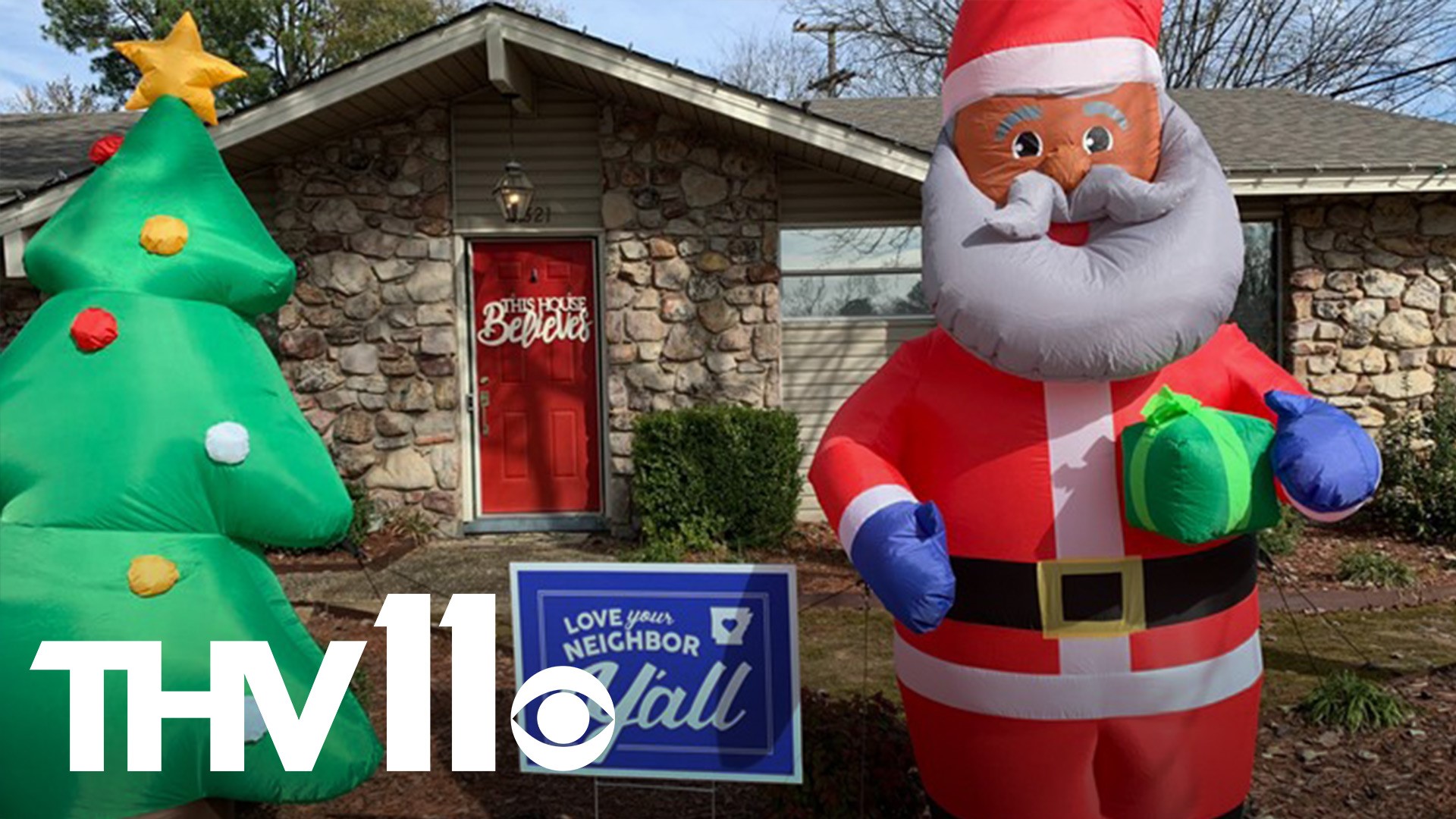 NORTH LITTLE ROCK, Ark. — Chris Kennedy has lived in his Lakewood home in North Little Rock for three years, but on Tuesday afternoon he received a letter in the mail that he never expected to receive.

"I started to read and of course the first word that sticks out is negro," he said about the letter.

The letter reads in full:

"Please remove your negro Santa Clause yard decoration. You should not try to deceive children into believing that I am a negro. I am a Caucasian white man to you and have been for the past 600 years. Your being jealous of my race is no excuse for your dishonesty.

Besides that, you are making yourself the laughing stock of the neighborhood."

The letter also included a photo of a white Santa, with two thumbs down.

Kennedy said that the letter was sent through the mail via the USPS.

"I saw that something was coming from the Lakewood Property Owners Association, but I thought it was kind of odd," Kennedy said.

Kennedy had an idea that the letter wasn't from the Lakewood Property Owners Association (LPOA) from the logo on the letter.

The association confirmed to us that the letter did not come from them.

Evan Blake, the LPOA executive director, said he wanted to make it clear the association wanted Kennedy in the neighborhood. Not only did LPOA give him a membership, but stated their thoughts on whoever sent the racist letter.

"We don't want the people that wrote that letter in the neighborhood. That's what we don't want," Blake said.

"It's done my heart good to see his displays for the last three years especially given who he lives next to," Smith said. "I hate it that their family's having to go through that but we've been praying for him."

Since Kennedy posted the letter on social media, he said there's been support coming from all over the neighborhood.

"Our neighbors have been awesome. People have dropped off cookies and notes and I've gotten messages from Facebook," he said.

Kennedy did say that he has a message to the person who wrote the letter.

"If I'm a laughing stock by trying to provide joy to other families' children down the street going to school by having out a Santa Claus and decorating for Christmas, so be it."