The Wall that Heals is a replica of the Vietnam Veteran’s Memorial in Washington D.C. 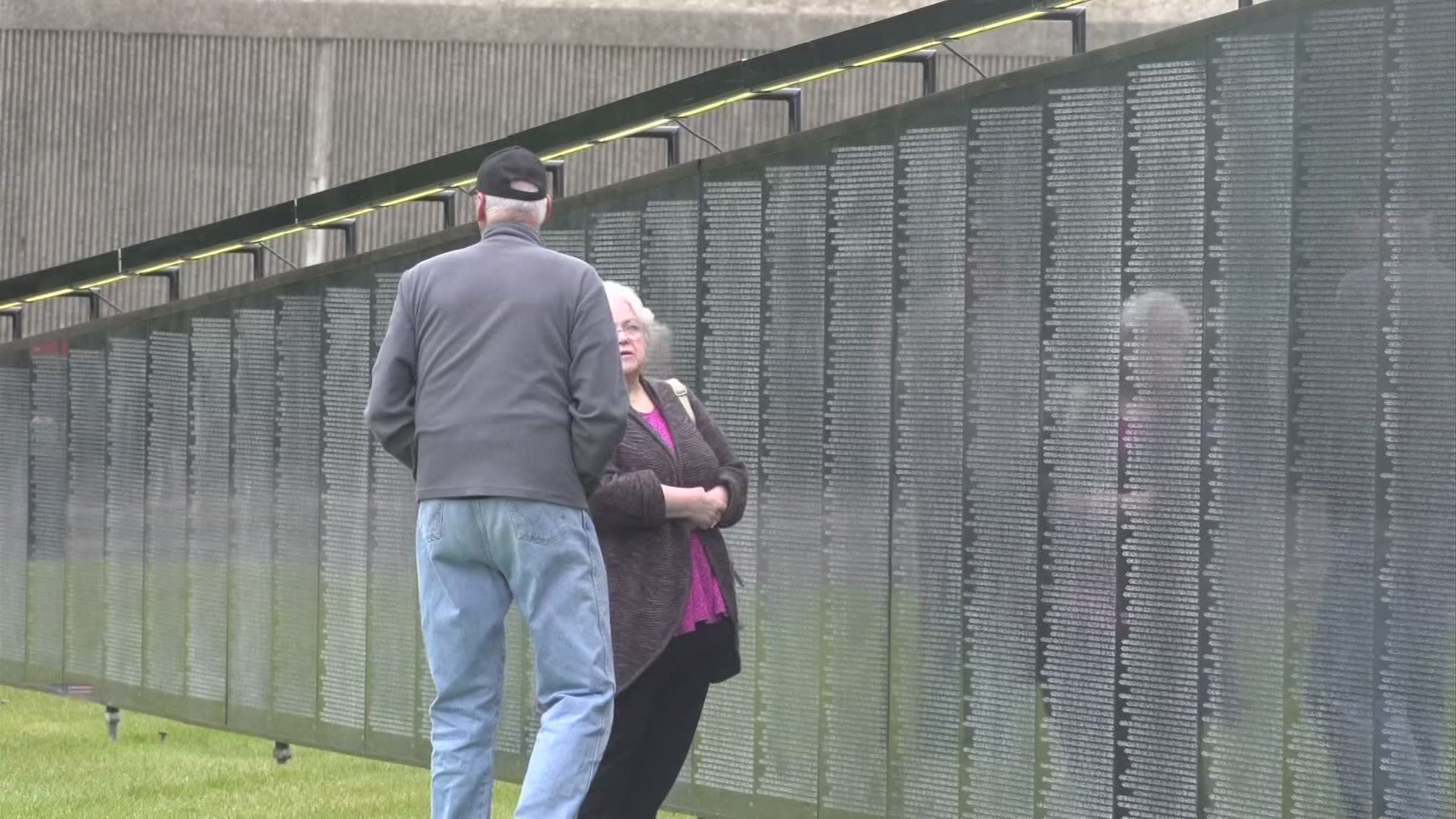 COLUMBUS, Ohio — This Memorial Day weekend, many will use this time to reflect on those who served and died fighting for our country.

The Wall that Heals is a replica of the Vietnam Veteran’s Memorial in Washington D.C. It holds more than 58,000 names of people who fought and died in the Vietnam War. It currently sits at the National Veterans Memorial and Museum in downtown Columbus.

Bobby Ringle is using this Memorial Day to finally say goodbye to 18 of his childhood friends that never came home.

Bobby grew up in a military family in Maryland. The height of his childhood was his neighborhood friends. Bobby was the youngest.

“We would always be going to different people’s house, helping them with whatever needed to be done. So, we built up a relationship,” said Bobby.

During the Vietnam War most of the men were drafted.

He remembers he was around 13 years old when his friends left. He told 10TV he didn’t go because he is deaf.

“I hated my deafness at that moment. And the 18 guys went over, and they never made it home,” he said.

For more than 40 years he’s had to live with this emptiness. He struggled with drinking and even used drugs.

Boddy has been married to his wife Michele for 21 years. The two took their kids down to the D.C. memorial, but Bobby told us he was too overcome with emotion to even get close.

But the Wall that Heals gave him the chance to say those goodbyes. He heard the news that it was coming to Columbus. Bobby said he mustered up enough courage to go.

And with his wife and their youngest son JT, he did just that.

“I don’t know how to explain it…but something left me,” he said after he placed his hand on the wall.

Michele said Bobby just told her about the burden he’s carried last week on their anniversary.

“It’s hard to see him cry because he doesn’t do it often. This helped him left go of that hurt,” said Michele.

Now- Bobby said he’s able to look forward. He said he pastors those who are deaf and helping those who struggle with alcohol. Bobby said in everything he does, he’s keeping the 18 heroes he lost alive forever.

The memorial is in town until Monday, May 31.