The Gill brothers of Charles County have made more than 15,000 candles over the last two years. 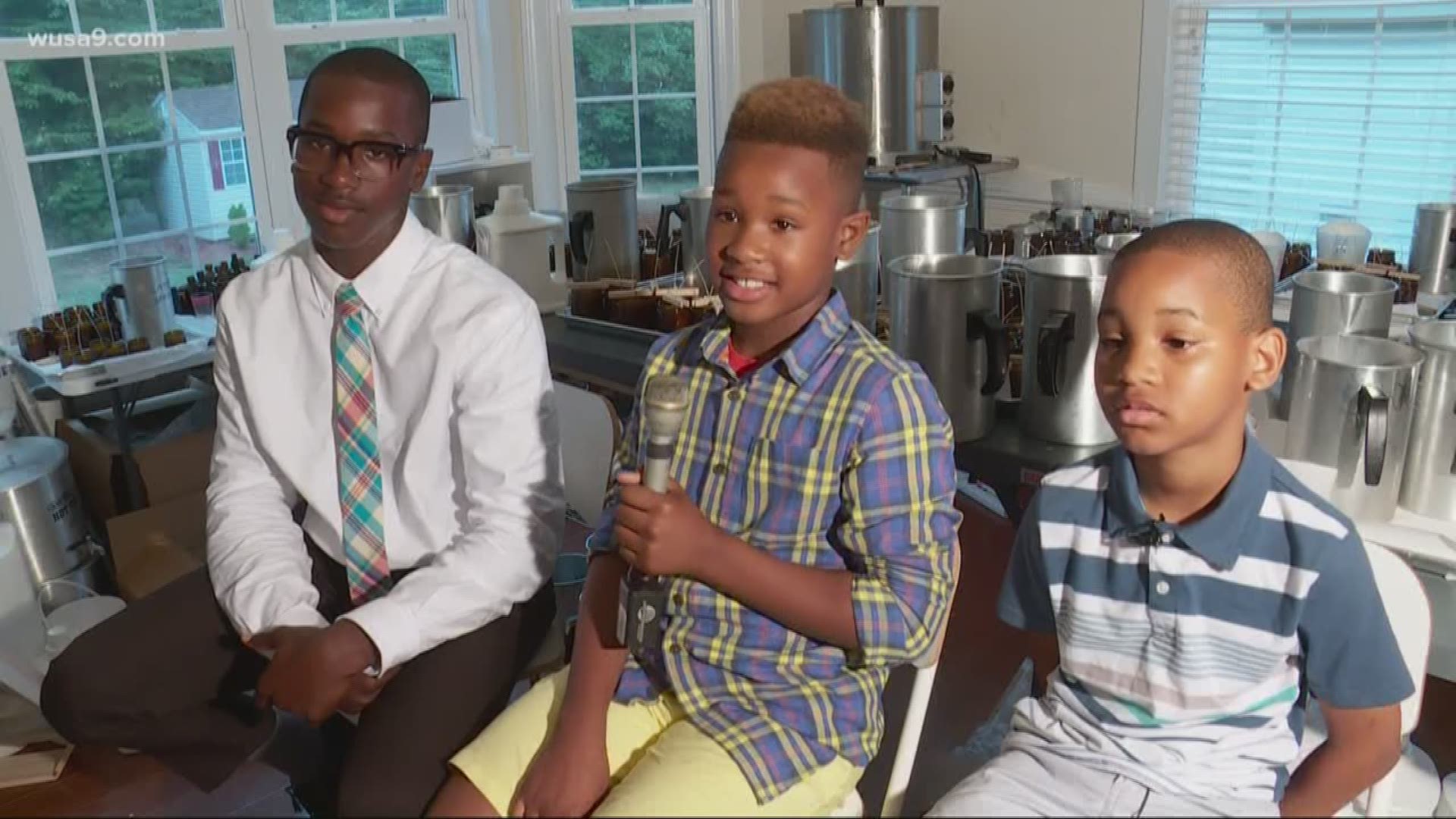 INDIAN HEAD, Md. — You can never be too young to start a business. And three southern Maryland boys have proven that to be true on a national scale.

The Gill brothers of Indian Head, Maryland, formed a business called "Frѐres Branchiaux" about two years ago. It's an enterprise that specializes in crafting natural soy scented candles.

Thirteen-year-old Collin Gill said he and his brothers, Ryan, 11, and Austin, 8, got the idea after they asked their mother if they could buy video games and Nerf guns.

"Our mom said 'no'," Collin Gill said. "She said get a job and start a business."

So, the boys decided to make what their mother loves: candles. They admit that their lives have changed dramatically since that decision.

"A lot of stuff has happened," Collin Gill said.

The boys' venture has now sold more than 15,000 candles. It has also gotten the attention of major retailers like Macy's.

The store recently accepted Collin into its competitive workshop program that provides minority and women-owned businesses with entrepreneurial training opportunities.

The boys said they've been informed by Macy's that their products will be sold on its website starting Nov. 4.

"It feels good and it's a lot of fun making the candles with my brothers," Ryan Gill said.

Frѐres Branchiaux has also been publicized on ABC's "Good Morning America" and in Ebony Magazine.

But, the Gill family hasn't lost touch with the DMV.

Frѐres Branchiaux donates 10 percent of its proceeds to homeless shelters in the district.