An alert is triggered once a child is placed inside of the box, giving first responders the ability to retrieve the child within minutes. 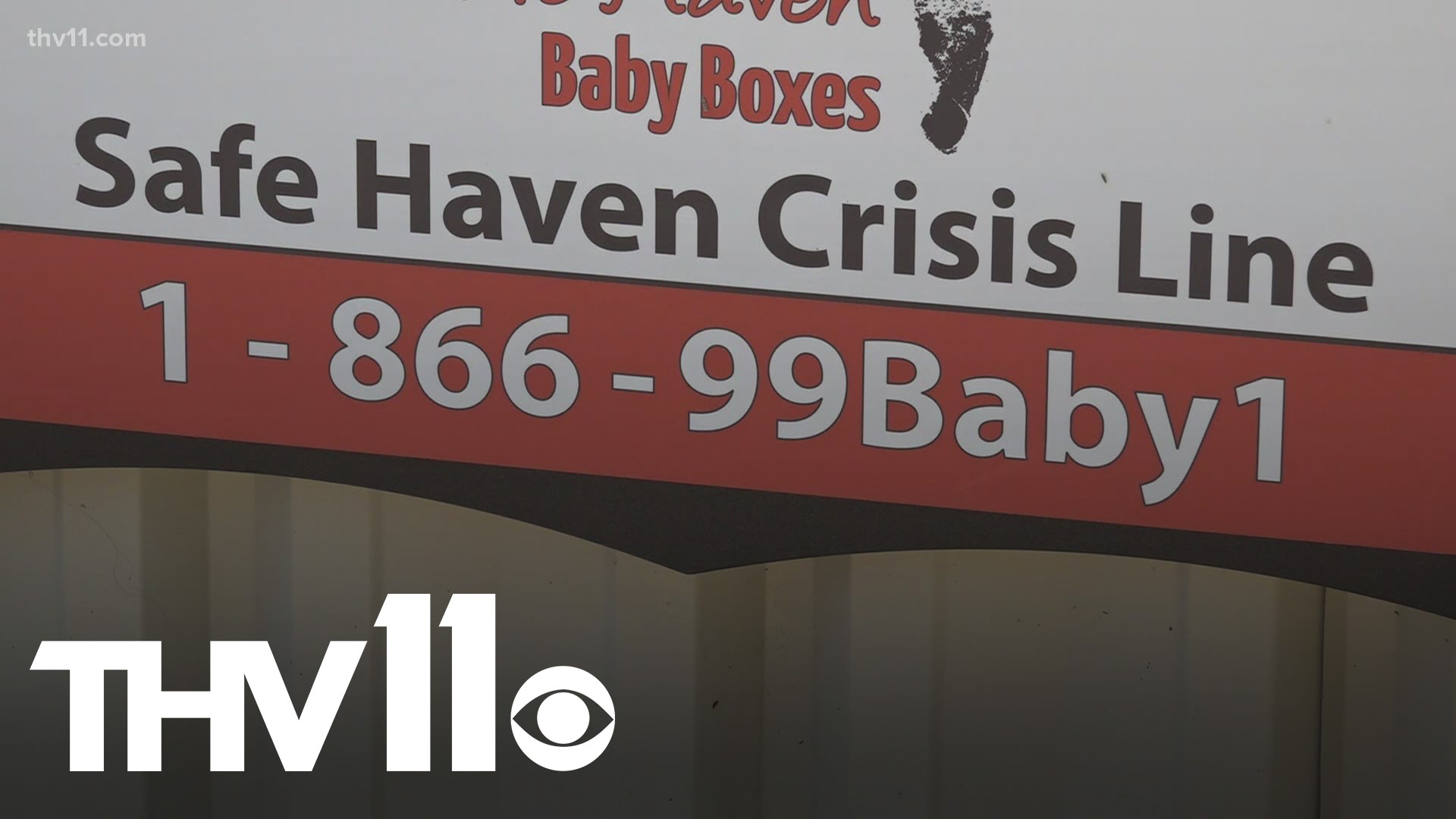 MAUMELLE, Ark. — The outside of Maumelle Fire Station Number 1 looks like any other normal building, some brick and some paint, but nothing out of the ordinary.

That could change soon.

"As soon as we can make the phone call and let them know we have the cash on hand, we're ready to go," Maumelle Fire Chief, Gerald Ezell, said.

The station could house the fifth Safe Haven Baby Box for Arkansas. The boxes are designed to be a safe way to drop off children for those who're struggling to take care of infants.

Implementing the baby box at the Maumelle station wasn't a hard decision to make, according to Ezell.

"When she came to me it was a no brainer. I was like 'this is absolutely something we can do for our community or for somebody that's passing through,'" he said.

The state's four other safe haven boxes are located in Rogers, Springdale, Jonesboro, and right here in Central Arkansas, in Benton.

"This is for some mothers, a last effort to do the responsible thing for an infant they can't take care of," Benton Fire Chief, Russell Evans, said.

The box in Benton has been around for several years now and has been used before.

"We've actually had one infant surrendered and that was May 24 of 2020," Evans said.

The boxes are designed with safety in mind. They're climate controlled, have a bassinette inside, and have a curtain for privacy on the other side of the drop off door.

The cameras are also not focused on the box, adding privacy removing shame to those who use the door.

An alert is triggered once a child is placed inside, which allows first responders the ability to retrieve the child within minutes.

"On average, if this station's in house, you're looking at a minute," Evans said.

As to why the box has yet to be installed, the cost is at the forefront.

"We're about five thousand away from reaching the goal we need," Ezell said. "We had a big donation of $10,000 that went directly to the Safe Haven Baby Box."

While close, they're not there yet.

Fundraisers have already started and Ezell said there are talks in place for more outside donations.

If it helps the community, they're on board.

"I can't imagine being in a woman's shoes and having to make that difficult decision to give up their child," Ezell said. "But at least this way they know they have a safe avenue to give their child up and know it's going to be well taken care of."