The long-awaited Maumelle interchange is now open.. for real this time

Drivers familiar with the traffic on Maumelle Boulevard are rejoicing that Exit 146 is now open. 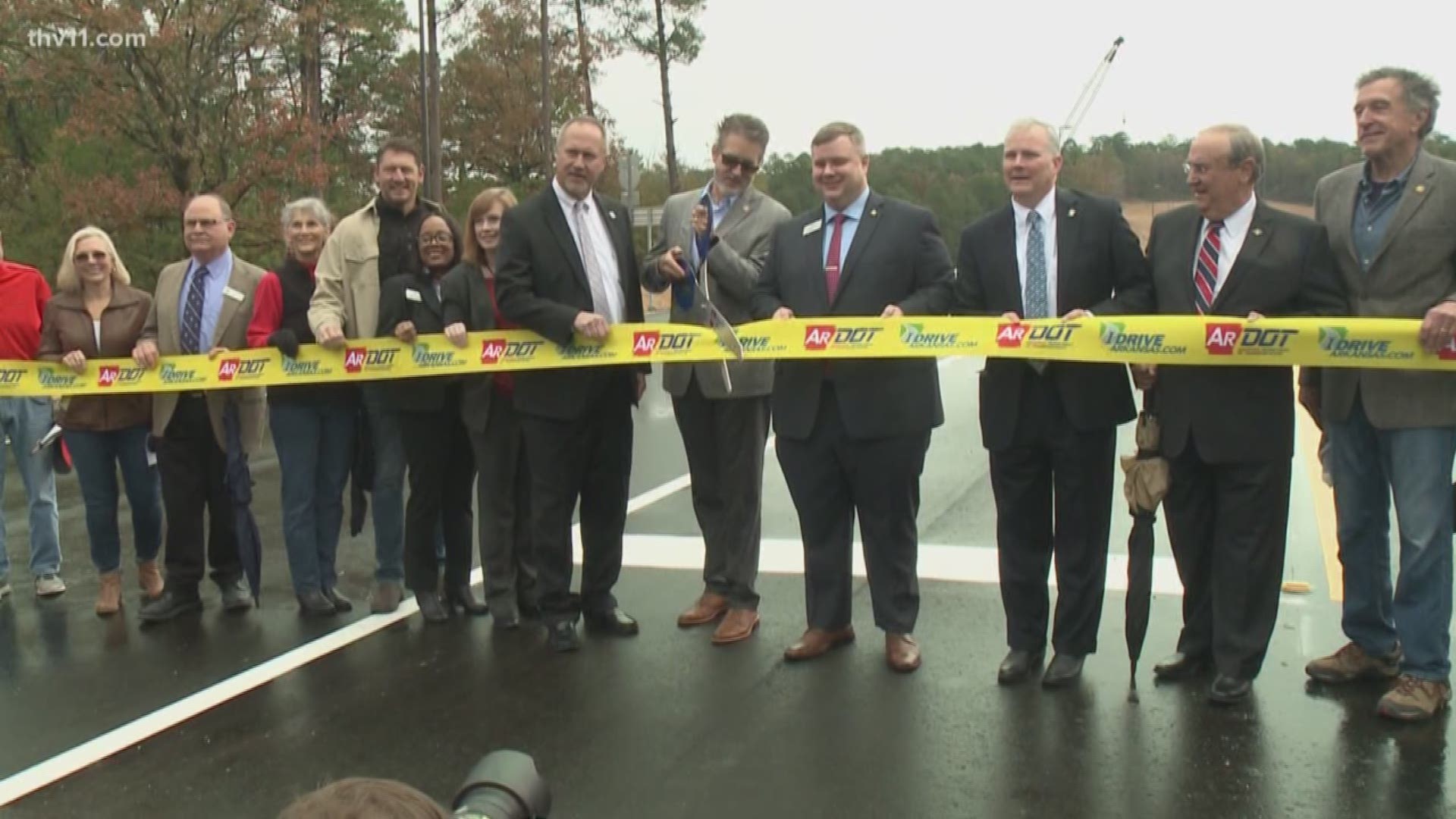 MAUMELLE, Ark — Drivers familiar with the traffic on Maumelle Boulevard are rejoicing and Exit 146 is now open as of Thursday, Nov. 7 at 5 a.m.

The Arkansas Department of Transportation told the city it would be open Wednesday, Nov. 6, but plans changed due to sign modifications needing to be made.

RELATED: Maumelle exit under construction to help with traffic flow on track to open by 2020

Officials still went ahead with a ribbon-cutting ceremony on Wednesday to celebrate a highway project 25 years in the making.

"This part of the state continues to grow and the infrastructure has to grow with it," said Lt. Gov. Tim Griffin, who recalled a steady stream of Maumelle city leaders lobbying him in Washington during his time in Congress.

"This interchange has been worked on for decades," said mayor Caleb Norris, who pointed to development opportunities, traffic relief on busy Maumelle Blvd. and safety. "Importantly it will help when there's a wreck on the boulevard or at that interchange because it provides an alternate way to get out of the city and into the city."

This opening ranks right up there with important highway projects in the last five years. There's the Big Rock interchange of I-630 and I-430, U.S. Highway 70 through Saline and Garland counties, and the I-40 widening that included the stretch where new exit 146 is located.

Safety concerns remain for the people who live on Short Marche Road right next to the new exit. People who live there brought protest signs for officials to see as they headed to the ceremony. Their road was open during construction, but then closed by agreement with Pulaski County. Judge Barry Hyde announced a compromise to place a gate there for emergency vehicles.

But the Saga of Short Marche may not be over yet.

"The Maumelle city council at Monday night's city council meeting has asked me to reach out to Judge Hyde," mayor Norris said.  "I will request formally on behalf of the city council that that road be opened."

Other elected officials met the protesters and echoed the mayor saying they would speak with judge Hyde as well.