Authorities said they were led to 23-year-old Desai Billingsley after video showed him by stolen ambulance, bragging about it, with stolen medical supplies. 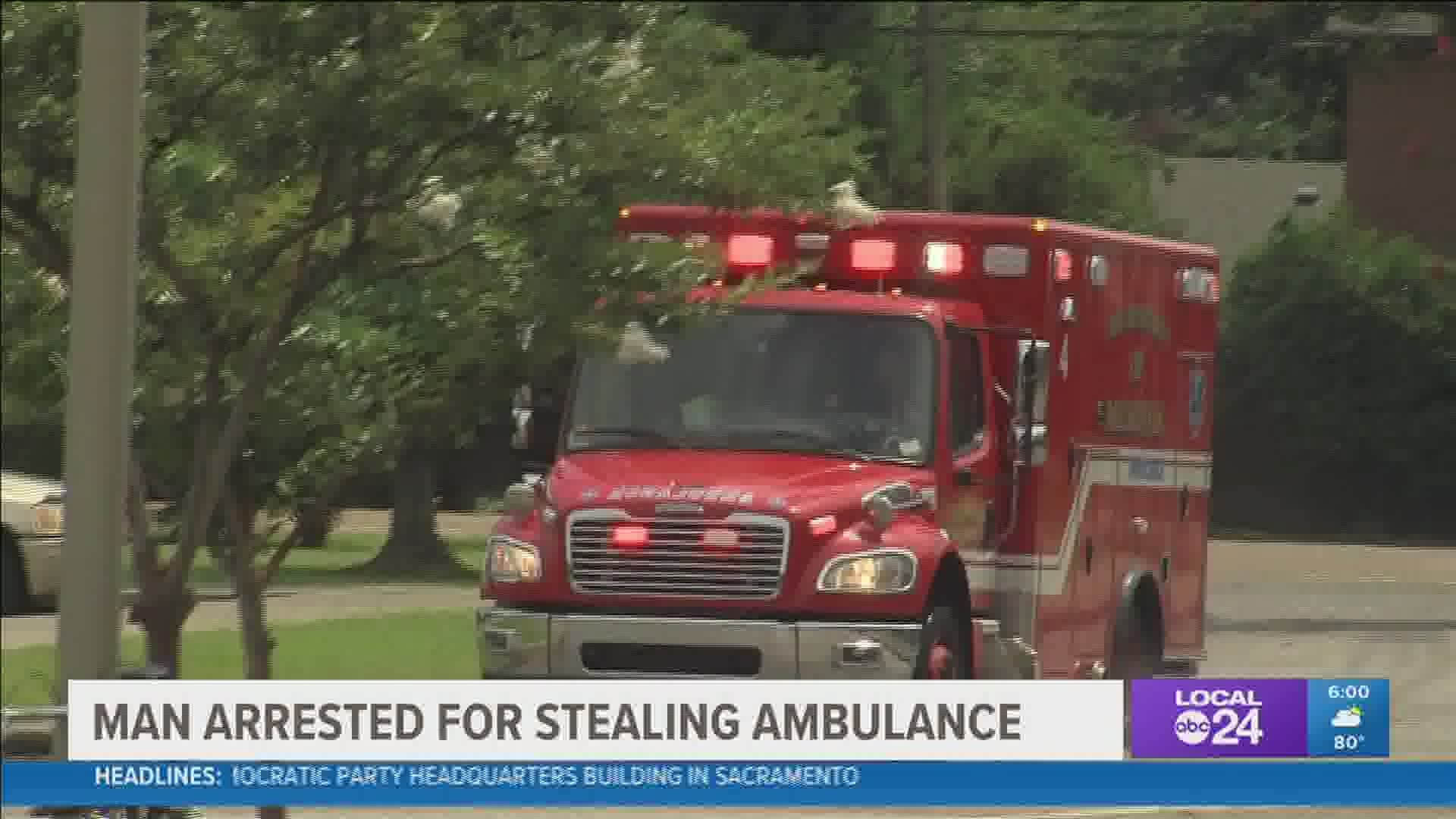 MEMPHIS, Tennessee — Friday, the Memphis Fire Department promised to get to the bottom of how someone stole an ambulance from Regional One, took off, and then bragged about it on a social media video.

Memphis Police say 23-year-old Desai Billingsley stole the ambulance Wednesday night from Regional One with its engine running, parked on the street. Authorities arrested him Thursday after he was shown in a viral video explaining the theft.

The incident put MFD's ambulance services under the microscope with a promised review.

According to the affidavit, Billingsley had been treated for a gunshot wound at the hospital when the ambulance was stolen. Authorities say he drove off in it and later dumped it about two and a half miles from Regional One, at Breedlove Street and St. Charles Avenue.

Then the video surfaced Thursday. In it, you can see Billingsley next to the stolen ambulance, showing off items he stole and explaining why he did it.

"Man, they didn't want to give me a ride home," Billingsley is heard on the video.

A MFD spokesperson said the paramedics assigned to that ambulance aren't expected to be disciplined but added, "this egregious act and irresponsible behavior delayed our ability to respond to life threatening emergencies and placed the lives of innocent citizens and motorists in danger. We are reviewing this incident thoroughly and will implement any necessary policy changes."

The incident left other Memphians scratching their heads.

"In this world, people are brazen. People are crazy. It's a hot summer," Wayne VanDeveer said.

"It's called a thrill ride. That's all it is, a thrill ride, because obviously he is going to get caught," Twyla Williams added.

The director of another Memphis ambulance company told Local 24 News newer models can allow the engine to stay running while locked outside a hospital.

According to other paramedics, ambulances are sometimes left running for temperature control or to protect certain medications inside.