Next week, Little Rock City Board members will vote to change the way the ambulance system runs in Little Rock. This will likely mean changes in how they respond to your emergency calls. 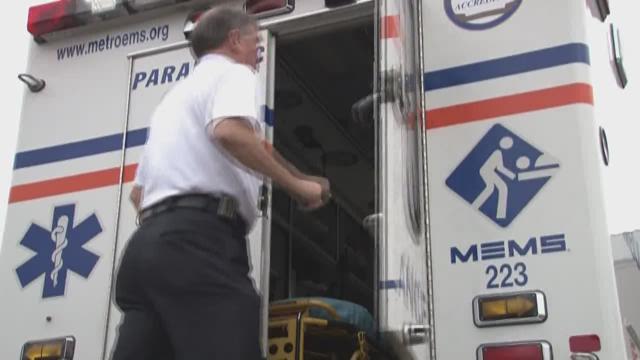 LITTLE ROCK, Ark. (KTHV) -- Next week, Little Rock City Board members will vote to change the way the ambulance system runs in Little Rock. This will likely mean changes in how they respond to your emergency calls.

You may not have even noticed, but for the last year, MEMS has experimented with the crews they send to emergency calls. It’s an experiment they say has worked.

With the support of the Board of Health, the Health Department and the City of Little Rock, MEMS has been assigning basic life support ambulance crews to some calls instead of advanced life support crews.

“Through our dispatch process, we can identify the severity of the call and assign an appropriate ambulance to that call; be it a BLS or an ALS emergency,” said Jon Swanson, Director of MEMS.

An ALS crew is an “Advanced Life Support Crew” with a paramedic and EMT team, and a BLS crew is a “Basic Life Support” crew with a two person EMT team. One of those EMTs is a “lead EMT” with extra training.

“ALS crews are sometimes dispatched on calls that a BLS crew is certainly capable of handling,” said Swanson.

BLS crews handle lower level incidents such as non-life threatening and minor injuries, like a twisted ankle for example. Until this last year's MEMS program trial run, a city ordinance has required that all calls have an ALS crew sent out, using up the most important resources, sometimes unnecessarily.

“Our primary objective in this is to make sure our ALS units are available for those calls where ALS units are needed the most,” said Swanson.

During the test trial period, about 2,500 of the calls, or seven to 10 percent of the total calls, were eligible for BLS crew response. That freed ALS crews to be more readily available to respond to higher level injury incidents.

“It allows us to add resources to the fleet to allow us to do the best we can with response times and have an ambulance that is quickly available to all callers,” said Swanson. “We wouldn't do this unless we had every confidence this is going to be an effective and appropriate tool.”

Director Swanson also said this program is widely used in other states such as Louisiana. The Little Rock City Board will vote on whether to keep this program in place permanently at their meeting Tuesday June 6.