Adrianna Hill, 16, and Henry Durham, 17, were last seen on Saturday at approximate 10:30 p.m. in Cherokee Village. 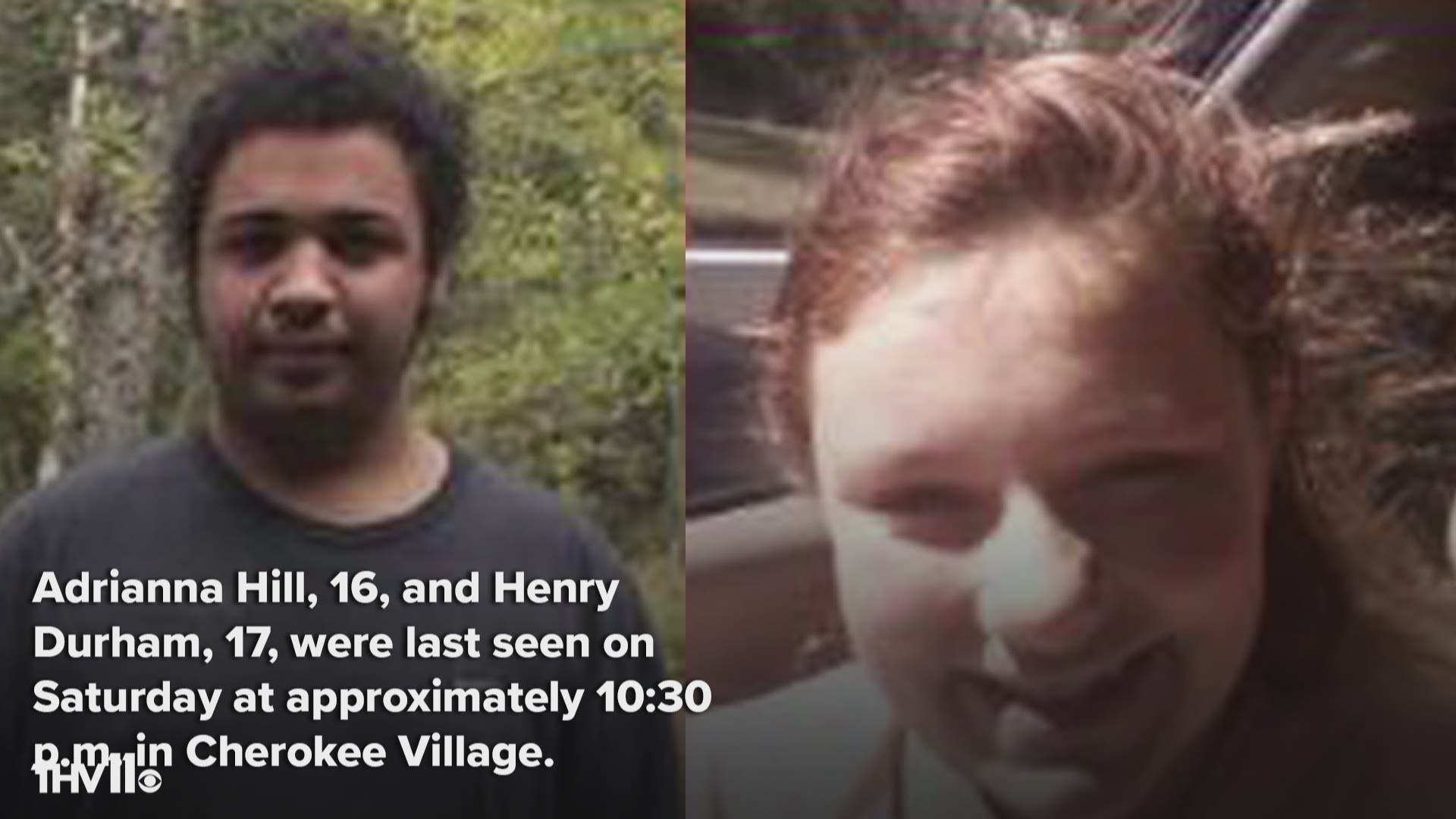 Adrianna Hill, 16, and Henry Durham, 17, were last seen on Saturday at approximately 10:30 p.m. in Cherokee Village.

State police say the two teens could possibly be runaways.

Adrianna is a white female who has dyed red hair and is four feet 11 inches weighing 160 pounds.

Henry is a black male who has black hair and is five foot 11 inches weighing 220 pounds.

If you know the whereabouts of either teen please contact the Cherokee Village Police Department or Sharp County Sheriff's Office at (870) 994-2211.