Sherry Babcock was last known to be in the Searcy area on November 21. 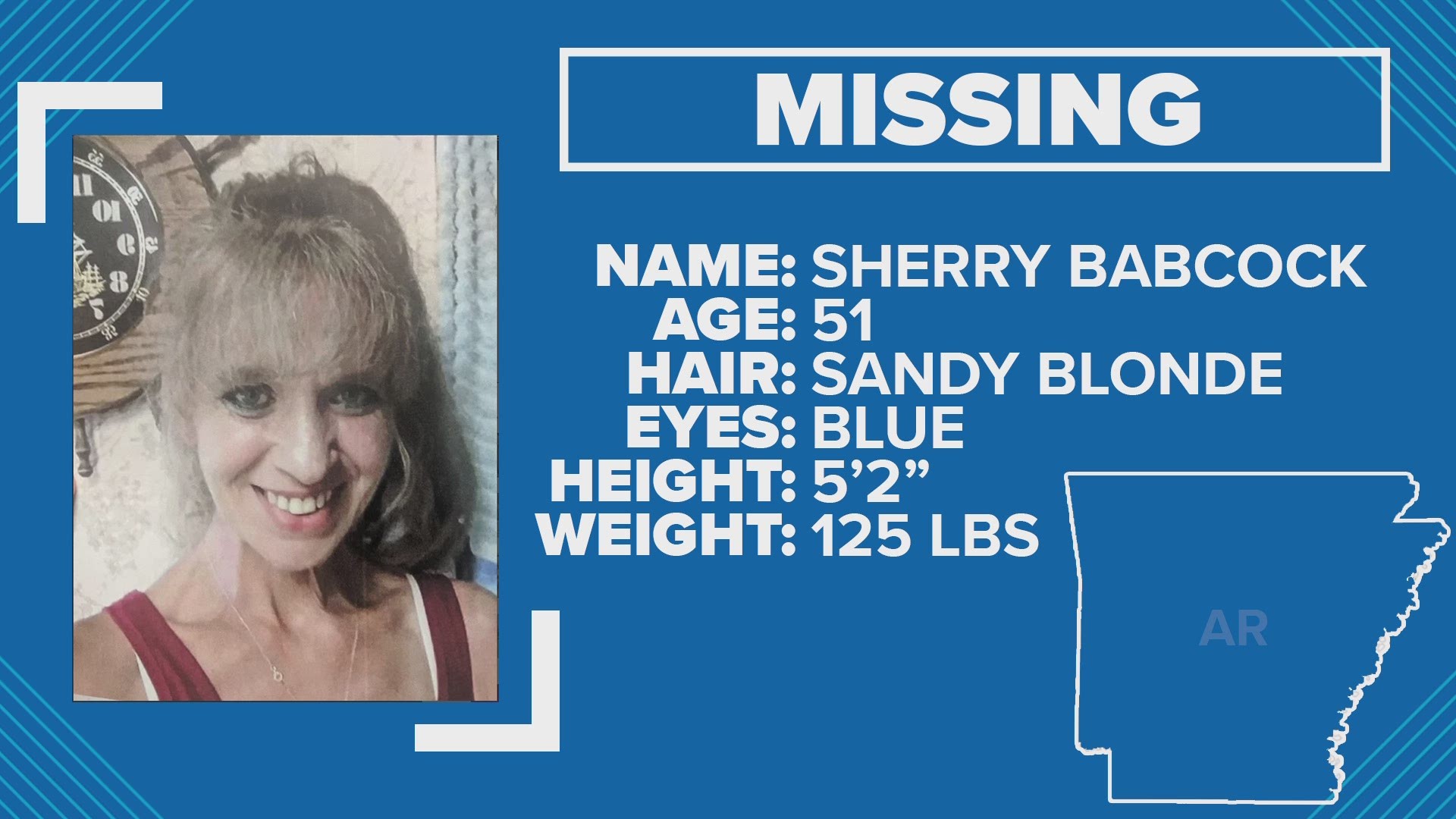 Newton County Sheriff Glenn Wheeler said 51-year-old Sherry Lynn Babcock of Potwin, Kansas, was reported missing on Tuesday, Nov. 26, but had not been seen at home since Nov. 16.

Friends of Sherry have had contact with her since Nov. 16, and said she was in the Searcy, Arkansas area as recently as Nov. 21.

Her car was found abandoned in Ponca, Arkansas the next day and she has not been seen since.

The car was unlocked and her purse and other personal valuables were left inside.

Wheeler said investigators are using phone pings, bloodhounds, investigative interviews and other resources to try and determine where Babcock may have gone.

KFSM contributed to this story and it will be edited with updates.