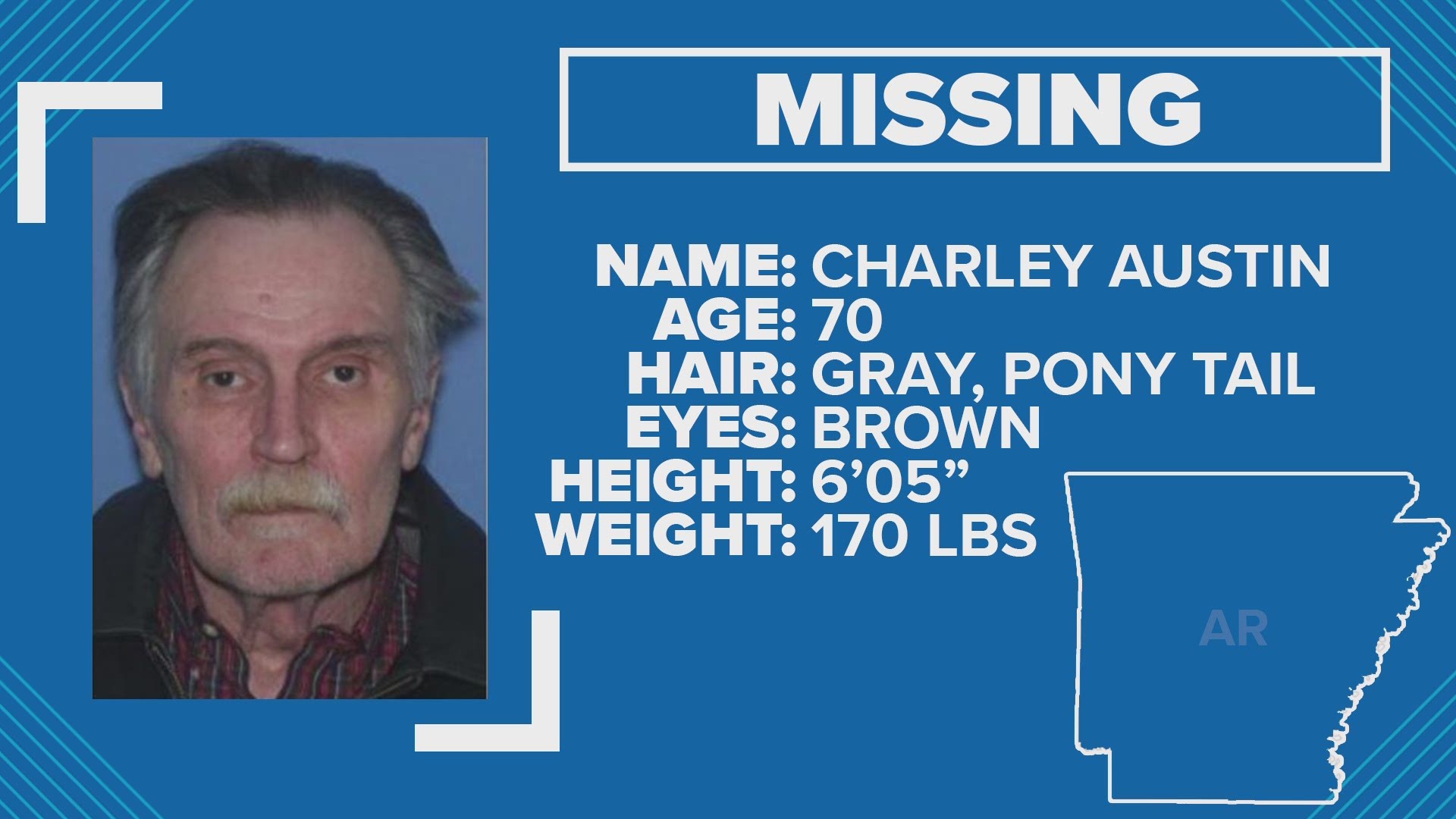 Austin was last known to be on Hwy 71 S. near Breeden Dodge in Fort Smith.

Austin may be traveling in a red 2008 Dodge R50 truck with license plate number: 565YAD.

If you have seen Charley Austin or know of his whereabouts, please contact the Fort Smith Police Department at (479)-709-5100.