Connie Jennings, 55, of Southside has been missing since September 3, police say. 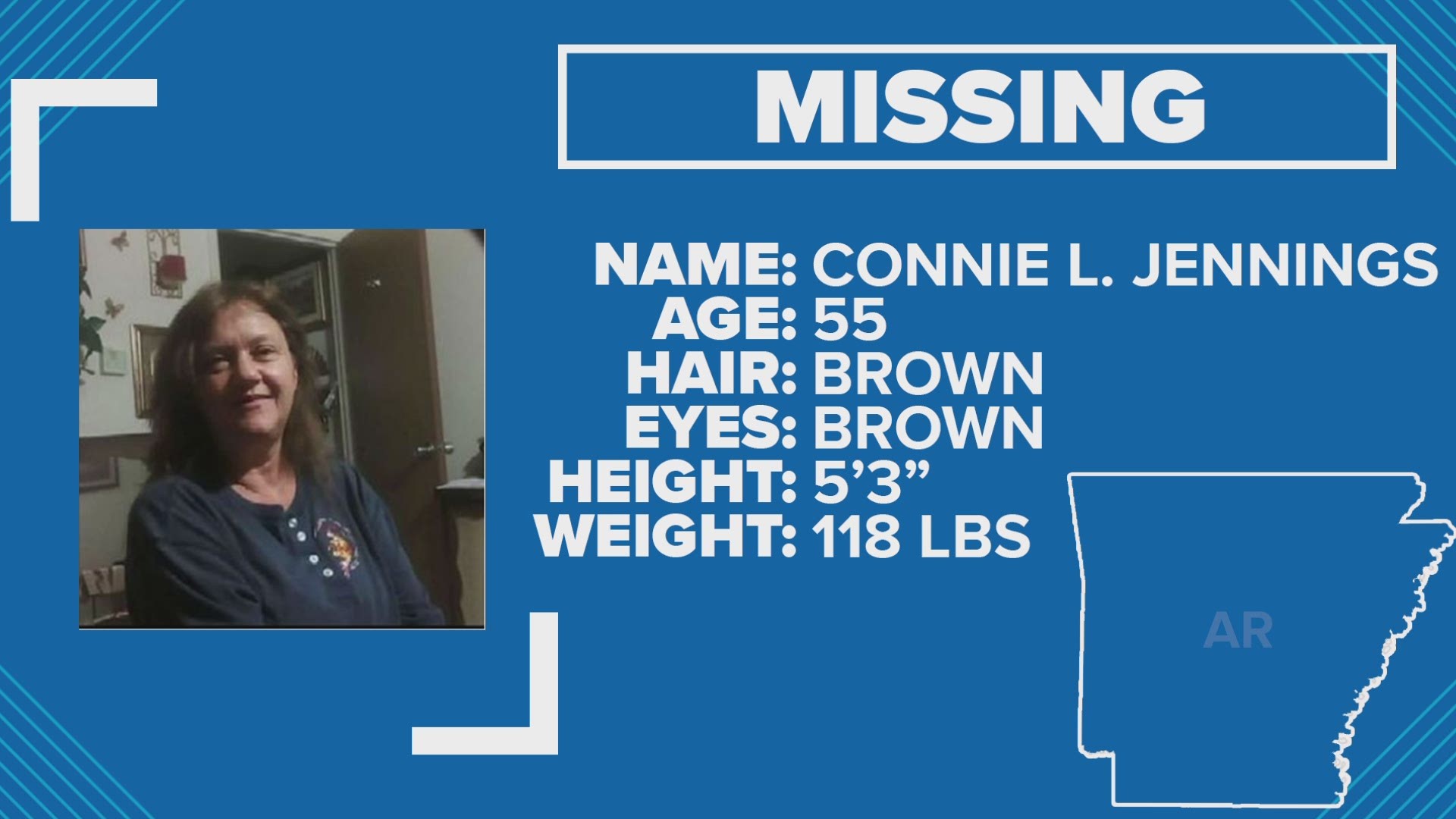 According to Arkansas State Police, 55-year-old Connie L. Jennings has been missing from Southside, Arkansas since September 3.

She was last seen wearing a light colored blouse and dark colored capris.

Jennings may be traveling in a silver 2008 Chevrolet Aveo with LPN: 044YCP.

If you have any information on her whereabouts, please contact the Independence County Sheriff's Department at 870-793-8838.